HONG KONG – Chinese developers are heeding Beijing’s call and accelerating a push into asset-light businesses such as property services and commercial real estate to cut their reliance on a high-debt, high-turnover model blamed for a liquidity crisis in the sector.

KWG Group Holdings, CIFI Holdings and state-backed China Resources Land were among developers that listed diversification plans along with their recent financial results.

The diversification moves come even as property companies are targeting asset sales to raise cash for repaying creditors and, according to analysts and developers, will pile cost pressure on the smaller firms.

Chinese developers have for years relied on high-leverage financing to target rapid growth through a build-to-sell quickly model, which worked well until property sales slowed and market liquidity tightened in 2021.

A string of offshore bond defaults by China Evergrande Group and others in the last few months triggered concerns about the financial market impact of a stifling debt crisis in the sector.

With the crisis casting a shadow on China’s economy, the government is now prodding companies to change. Premier Li Keqiang told an annual meeting of parliament last month that the real estate sector should explore a new development model.

China Resources has also chalked out plans to deepen its role as an “urban integrated operator” in developing not only residential but also commercial and industrial real estate.

Company president Li Xin told an earnings call last month the firm will grow the diversified businesses bigger to support the “high quality development” laid out by the central government.

Smaller peer CIFI aims to increase non-property development income to up to 40% of its total, up from mid single digit now, by growing businesses including property services, contract building, and property-related technology.

Some developers, however, said the pain inflicted by diversification outweighed its contribution in bolstering revenue in the short to medium term.

The chairman of China Vanke, the country’s No. 2 property developer by sales, told reporters and analysts last month its diversification move, implemented since 2014, was one of the reasons why its profit plunged 46% last year.

“The cost of exploring multi-race tracks simultaneously was much higher than expected,” said Yu Liang, adding the impact on its bottomline became more obvious last year when the property development business turned bad.

A senior executive at one of the top-five developers, which has also started work on diversifying its business, told Reuters the shift to a low-debt, high-margin business model will be a “long and painful” process.

A representative at another smaller developer, which has failed to meet its offshore debt obligations, said it is not looking to diversify at this moment because its priority is negotiation with creditors.

“Recurring income businesses take a long time to break even,” CGS-CIMB Securities (Hong Kong) Limited analyst Will Chu said, adding mid-to-large developers will have an advantage because they have relatively more cash on hand to spend.

“But the small-to-medium private developers, who are still spending most of their effort on how to repay debt, will fade out from the market eventually as their land-bank dries up,” he said. 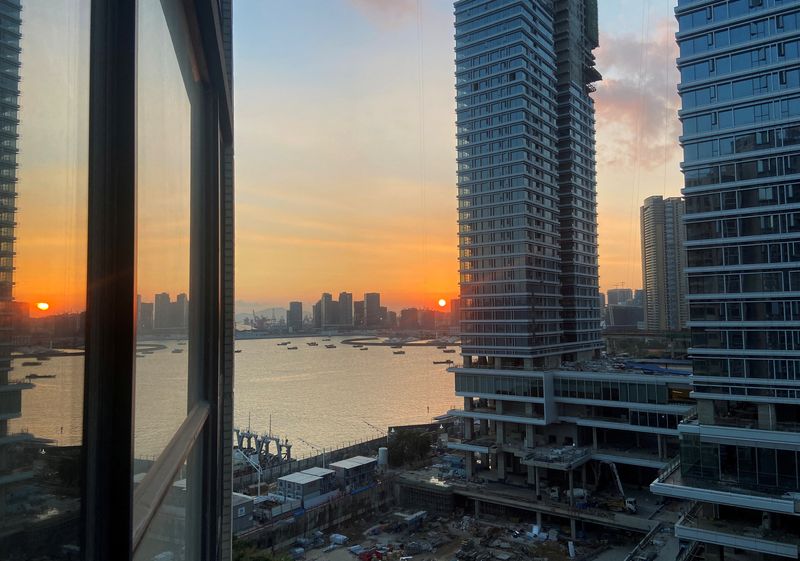