BOAO, China – China remains on track to reach its 2022 growth target of around 5.5% as it has ample stimulus space, government economists said on Wednesday, despite a resurgence in COVID-19 cases that has prompted private analysts to slash their forecasts.

“The target is achievable despite the pandemic,” Zhang Yuyan, head of Institute of World Economics and Politics at the Chinese Academy of Social Sciences (CASS), a top government think tank, said at the annual Boao Forum for Asia.

“There is still room for cutting interest rates and reserve requirement ratios (RRR), and there is room for a more proactive fiscal policy,” he told reporters at the forum, held in the southern province of Hainan.

Xiong Aizhong, a second economist at the CASS, also said China has ample policy space to help it achieve the target.

Meanwhile, the International Monetary Fund and several foreign banks have downgraded their China growth forecasts, as the authorities scramble to control the COVID-19 resurgence, mainly in the financial hub of Shanghai, amid the Ukraine crisis.

“Beijing’s GDP growth target of around 5.5% this year is becoming increasingly challenging, and we now see notable downside risks to our annual GDP growth forecast of 4.3%,” economists at Nomura said in a note.

In contrast to most major economies that have started to tighten monetary policy to combat inflation, China has stepped up easing to cushion the slowdown.

Zhang cautioned that a policy divergence between China and the United States could fuel capital outflows from the country.

On Tuesday, China’s central bank surprisingly kept its benchmark lending rates unchanged, even after it recently cut the amount of cash that banks must set aside as reserves.

Sanctions imposed by the United States on Russia could prod some countries to embrace the yuan in trade settlements and foreign currency reserves, and China should make the yuan more flexible and convertible, Zhang said. 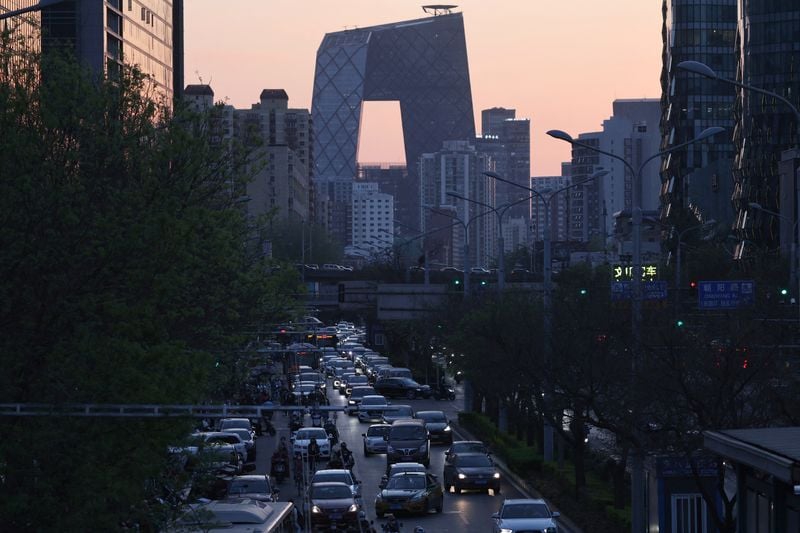