By Lindsay Dunsmuir and Ann Saphir

(Reuters) – U.S. Federal Reserve policymakers look set to deliver a series of aggressive interest rate hikes at least until the summer to deal with hot inflation and surging labor costs, even as two reports Friday showed tentative signs both may be cresting.

Sharply higher food and gas prices lifted overall inflation to a new 40-year high of 6.6% in March, data from the Commerce Department showed. At more than triple the Fed’s target, hot inflation is why the central bank is widely expected to ramp up the pace of rate hikes with a half-point increase at each of its next three meetings, and continue raising rates through the end of the year.

Contracts tied to the Fed’s policy rate now show heavy bets on interest rates rising to a range of 3%-3.25% by the end of the year, putting borrowing costs well into territory U.S. central bankers believe will put the brakes on growth.

But the inflation measure tracked most closely by the central bank as a signal of underlying price pressures, known as the core personal consumption expenditures price index, slowed slightly to 5.2% in March, from 5.3% the prior month. The report, from the Commerce Department, also contained fresh evidence of a shift toward spending on services that Fed policymakers hope will also ease upward price pressure, as spending on durable goods declined.

Meanwhile a separate report showed employers jacked up benefits to attract historically-scarce workers, accelerating the pace of employment cost increases to 4.5% and underscoring the Fed’s view that the labor market is extremely and perhaps unhealthily tight. But private wage growth leveled off, at 5%.

The reports “won’t stop the Fed from hiking by 50bp next week, but it supports our view that inflation will fall a little more quickly this year than Fed officials now appear to expect,” said Andrew Hunter, senior U.S. economist at Capital Economics.

The Fed, and particularly its chief, Jerome Powell, is taking nothing for granted after being burned several times over the past two years in its assessment of inflation pressures that refused to wane as predicted.

“We want to see actual progress on inflation,” Powell said just over a week ago, citing another round of possible sustained upward inflation pressures caused by the war in Ukraine and recent COVID-19 lockdowns in China prolonging supply chain issues. “It may be that the actual peak was in March but we don’t know that and so we’re not going to count on it.”

At its policymaking meeting next week, the Fed is set to raise interest rates by a bigger-than-usual half percentage point as it seeks to tamp down overall demand that has far exceeded supply in both labor and goods. It is also set to give the nod to starting the process of reducing its asset holdings as another way to tighten financial conditions.

Some analysts took no comfort from either of Friday’s reports, noting that the continued rise in overall labor costs keeps fears of a wage-price spiral in play.

GRAPHIC: Labor costs surge, but wages may be cresting – https://graphics.reuters.com/USA-FED/jnpwerbxbpw/chart.png

“These readings – which are showing no sign of easing – will be of concern to policymakers as they make decisions about monetary policy in an environment where the labor market is tight, and prices are at a 40-year high,” wrote HFE’s Rubeela Farooqi.

American household sentiment perked up in April, the widely followed University of Michigan surveys of consumers showed Friday, as gas prices softened. But it remained near a ten-year low, and the specter of steep Fed rate hikes and what economists say is the rising chance of a resulting recession could weigh in months ahead. 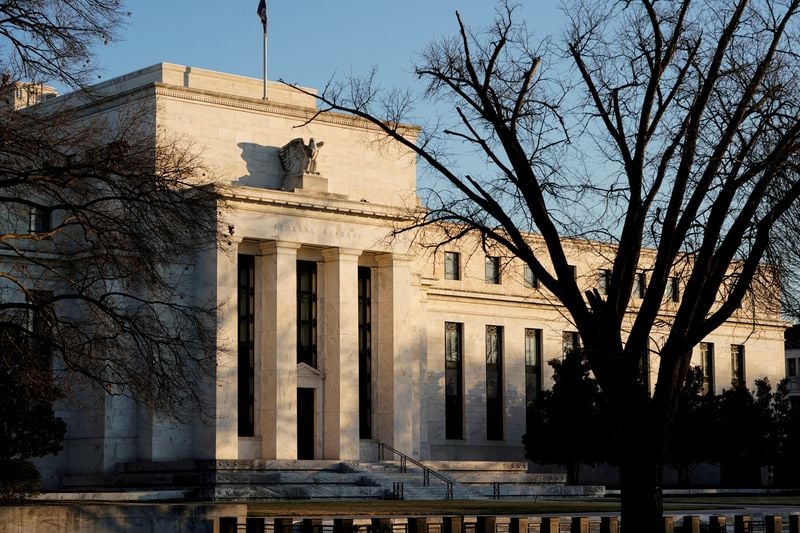