(Reuters) -Russian Foreign Minister Sergei Lavrov has said the lifting of sanctions imposed on Russia is part of peace talks with Ukraine, but senior Ukrainian negotiator Mykhailo Podolyak denied that this was the case.

“At present, the Russian and Ukrainian delegations are actually discussing on a daily basis via video-conferencing a draft of a possible treaty,” Lavrov said in comments to China’s official Xinhua news agency published on the Russian foreign ministry’s website on Saturday.

“The talks’ agenda … includes, among other things, the issues of denazification, the recognition of new geopolitical realities, the lifting of sanctions, the status of the Russian language,” Lavrov said, without elaborating.

But Podolyak was dismissive, saying Lavrov had not attended a single negotiating round, and that Ukraine did not need lessons in “denazification” or use of the Russian language from those who had attacked and occupied Ukrainian towns and cities.

In remarks cited by the office of President Volodymyr Zelenskiy, he said that “the issue of global international sanctions against the Russian Federation is not discussed at all” within the framework of the Russia-Ukraine negotiations.

“It is for all our partners, together with Ukraine, to decide what decisions should be taken on sanctions, and when.”

Zelenskiy has insisted since the invasion began on Feb. 24 that Western sanctions on Russia need to be strengthened and cannot be part of negotiations.

Kyiv warned on Friday that the talks on ending Russia’s invasion, now in its third month, were in danger of collapse.

There have been no face-to-face peace talks since March 29, and the atmosphere has soured over Ukrainian allegations that Russian troops carried out atrocities as they withdrew from areas near Kyiv. Moscow has denied the claims.

“We are in favour of continuing the negotiations, although they are difficult,” Lavrov said.

Moscow calls its actions in Ukraine a “special operation” to demilitarise its neighbour and rid it of extreme anti-Russian nationalism fomented by the West. Ukraine and the West say Russia launched an unprovoked war of aggression.

Ukraine’s Western allies have frozen around half of Moscow’s state gold and foreign currency reserves and imposed severe restrictions on trade with Russia, hammering its economy and putting it on the brink of sovereign default.

(Reporting in Melbourne by Lidia Kelly and Pavel Polityuk in Kyiv; Writing by Kevin Liffey; Editing by Ros Russell) 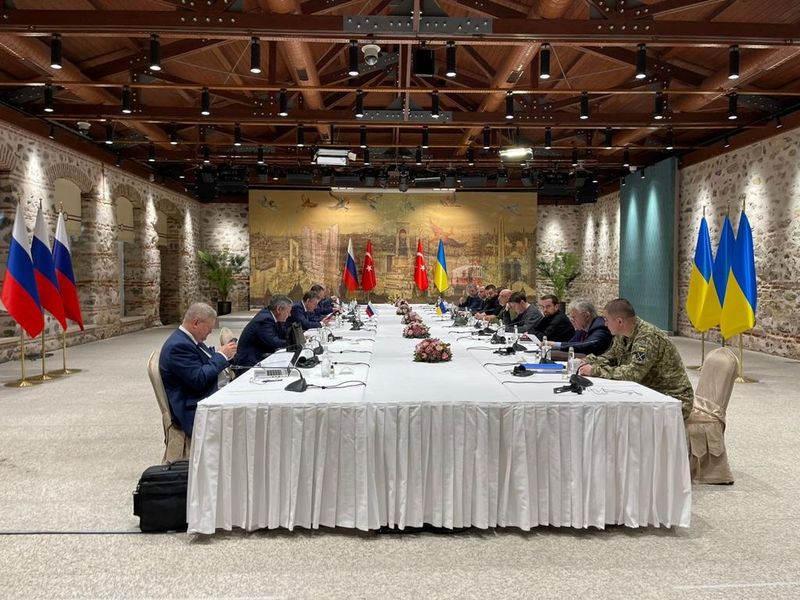