SYDNEY (Reuters) – Australian consumer sentiment took a nose dive last week as a shockingly high reading in inflation fuelled concerns about the cost of living and possible rise in interest rates, a survey showed on Tuesday.

The ANZ measure of consumer confidence sank 6.0% last week, the sharpest drop since an Omicron wave swept through the eastern seaboard in January. The slide followed data showing consumer price inflation spiked to a 20-year peak of 5.1% in the first quarter.

The grim mood was a challenge for Prime Minister Scott Morrison as he fights a tough election campaign that, going by opinion polls, could see him turfed out of office on May 21.

The index reading of 90.7 implied pessimists now easily outnumbered optimists amid speculation the Reserve Bank of Australia (RBA) could hike rates at its monthly policy meeting later on Tuesday.

Confidence among those with mortgages tumbled 9.6% in the week, while measures of current financial and economic conditions fell sharply.

“This is the lowest level for consumer confidence at the start of a tightening cycle since the inflation targeting regime began in the early 1990s,” noted ANZ’s head of Australian economics, David Plank.

“This may see the RBA tighten more slowly than the market is pricing.” 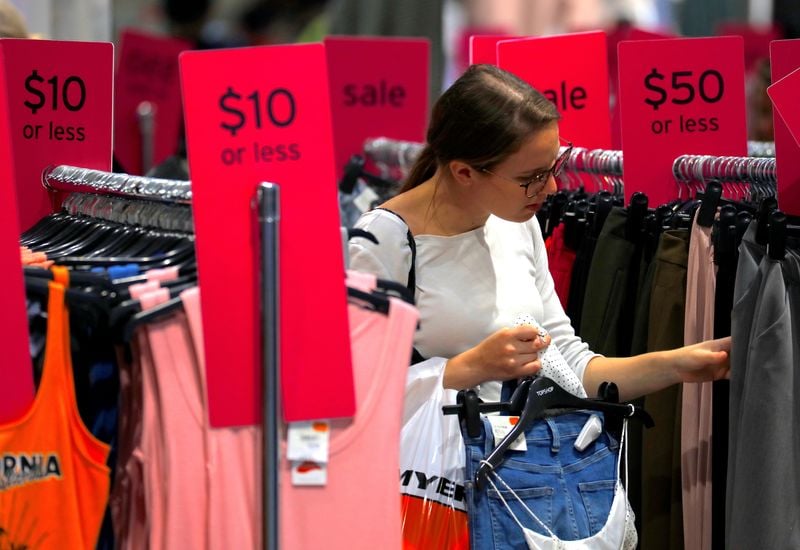