NEW YORK – Ken Griffin, the billionaire founder of Citadel Securities, one of the world’s biggest market-making firms, said on Monday he envisions the company entering the cryptocurrency market as a combination of a liquidity provider and an exchange.

“Given the institutional increase in interest in cryptocurrency, I think it’s reasonable to expect to see us be more involved in the crypto space providing liquidity to institutional and potentially retail investors,” Griffin said at the Milken Institute Global Conference in Los Angeles.

While some market makers – firms that provide market liquidity by streaming buy and sell quotes for others to trade against – such as Virtu Financial, Jump Trading and DRW, have embraced the nascent asset class, Citadel Securities has largely stayed on the sidelines.

Griffin in October called cryptocurrencies “a jihadist call that we don’t believe in the dollar.”

But on Monday he said that while he is skeptical about cryptocurrencies, he has to live with the reality that an asset is worth what people perceive it is worth.

“I also collect American abstract art,” he said. “Why is a painting worth $10 million? It’s oil on canvas. So value is in the eyes of the beholder.”

Citadel Securities, which after a funding round in January was valued at nearly $22 billion, is not rushing its entry into the crypto market, because it wants to ensure very high standards around things like anti-money-laundering, Griffin said.

The company will aim to provide liquidity to the crypto market, but Griffin also said Citadel Securities believes crypto exchange technology is “very important” in helping to bring buyers and sellers together. 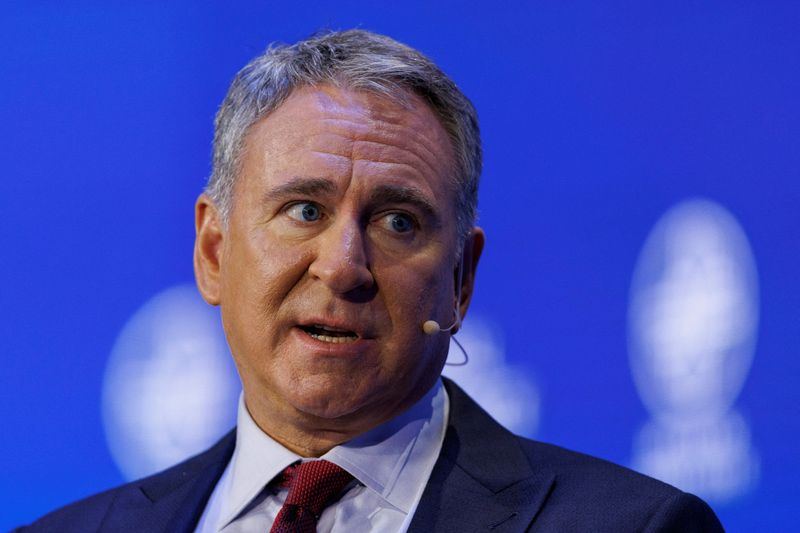