(Reuters) -Boston violated the free speech rights of a Christian group by refusing to fly a flag bearing the image of a cross at City Hall as part of a program that let private groups use the flagpole while holding events in the plaza below, the U.S. Supreme Court unanimously ruled on Monday.

The 9-0 decision, authored by liberal Justice Stephen Breyer, overturned a lower court’s ruling that the rejection of Camp Constitution and its director Harold Shurtleff did not violate their rights to freedom to speech under the U.S. Constitution’s First Amendment. President Joe Biden’s administration backed Camp Constitution in the case.

Boston’s flag-raising program was aimed at promoting diversity and tolerance among the city’s different communities. In turning down Camp Constitution, Boston had said that raising the cross flag could appear to violate another part of the First Amendment that bars governmental endorsement of a particular religion.

As a result of the litigation, Boston last October halted the program to ensure that the city cannot be compelled to “publicize messages antithetical to its own.” Boston has said that requiring it to open the flagpole to “all comers” could force it to raise flags promoting division or intolerance, such as a swastika or a terrorist group.

The Supreme Court, which has a 6-3 conservative majority, has taken an expansive view of religious rights and has been increasingly receptive to arguments that governments are acting with hostility toward religion.

At issue was whether the flagpole became a public forum meriting free speech protections under the First Amendment to bar discrimination based on viewpoint, as the plaintiffs claimed, or whether it represented merely a conduit for government speech not warranting such protection, as Boston claimed.

Breyer, who is retiring at the end of the court’s current term, wrote that Boston’s “lack of meaningful involvement in the selection of flags or the crafting of their messages leads us to classify the flag raisings as private, not government, speech.” Denying Camp Constitution’s request “discriminated based on religious viewpoint” and violated the First Amendment’s free speech protections, Breyer added.

In a concurring opinion, conservative Justices Samuel Alito, Clarence Thomas and Neil Gorsuch agreed with the outcome of the case, but not Breyer’s reasoning, which they suggested may not always ferret out when a government is “surreptitiously engaged” in censorship of private speech.

The dispute arose over Boston’s practice of allowing private groups to hold flag-raising events using one of three flagpoles on the plaza in front of City Hall. From 2005 to 2017, Boston approved all 284 applications it received before rebuffing Camp Constitution. The vast majority of flags were those of foreign countries, but also included one commemorating LGBT Pride in Boston.

Camp Constitution, whose stated mission is “to enhance understanding of our Judeo-Christian moral heritage” as well as “free enterprise,” sued in 2018 over its rejection. It was represented in the case by Liberty Counsel, a conservative Christian legal group.

“This case is so much more significant than a flag,” Liberty Counsel attorney Mat Staver said. “Boston openly discriminated against viewpoints it disfavored when it opened the flagpoles to all applicants and then excluded Christian viewpoints. Government cannot censor religious viewpoints under the guise of government speech.”

The Boston-based 1st U.S. Circuit Court of Appeals had ruled that the city’s control of the flag-raising program made it government speech.

Breyer wrote that the ruling does not prevent Boston from changing its flag-raising policy to make clear it is intended for government speech not private expression. A city spokesperson said in a statement that “we will ensure that future City of Boston programs are aligned with this decision.” 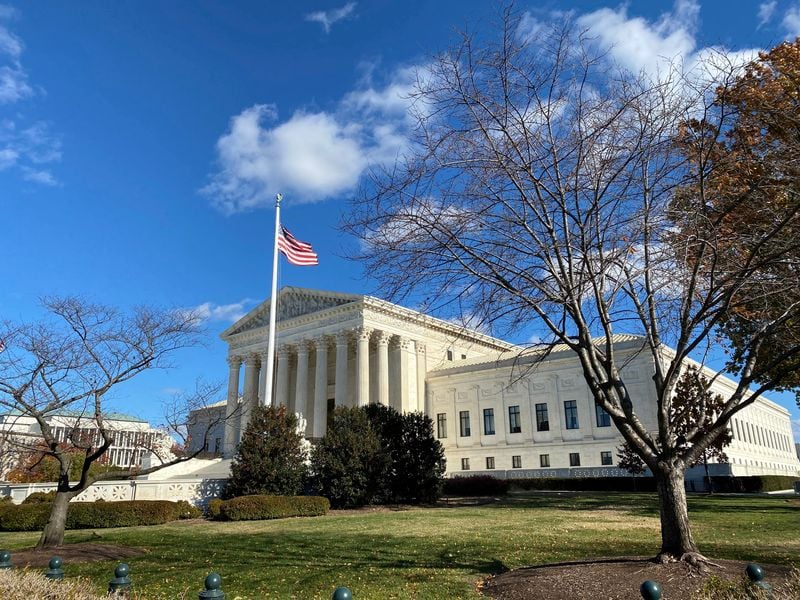