LOS ANGELES (Reuters) – Major League Baseball’s All-Star game returns to Los Angeles in July after being delayed by the COVID-19 pandemic and officials on Tuesday vowed to make up for lost time by putting on an unforgettable show.

Los Angeles last hosted the game in 1980 and the event has grown quite a bit since then.

It now encompasses nearly a week of activities including yoga, a beach clean up and batting cages in Santa Monica July 15-17, a celebrity softball game, concert and MLB draft on July 17, the Home Run Derby on July 18 and the 92nd All-Star Game on July 19.

“This city is going to be electric, it’s going to be hot and happening,” Gil Cedillo, a member of the Los Angeles City Council who represents the district Dodger Stadium is in, said at a news conference at the ballpark.

“As we move out of this pandemic we’re going to move forward with great optimism and faith because we want to put this pandemic behind us. We want to welcome the nation and show them the great city of Los Angeles.”

The game, which pits the best players from the National and American leagues against each other, was originally scheduled to be held at Dodger Stadium in July 2020 but was postponed due to the pandemic.

Last year’s edition was held at Coors Field in Colorado.

“We are the city of big events and big parties, and that’s what we’re going to have in July,” said Dodgers president Stan Kasten.


“It has been a long time coming, but it will be worth the wait.”

Dodgers pitcher Clayton Kershaw said he wants to be named to his ninth All-Star game, which appears likely given the fan-favorite’s stellar 3-0 start to the season.

“I hope I make it because it’ll be fun,” said Kershaw, who became the Dodgers’ all-time strikeout leader last weekend.

“This is such a great place to play and I think everybody knows that. All the road teams say what a great place Dodger stadium is and we’re excited to share it.” 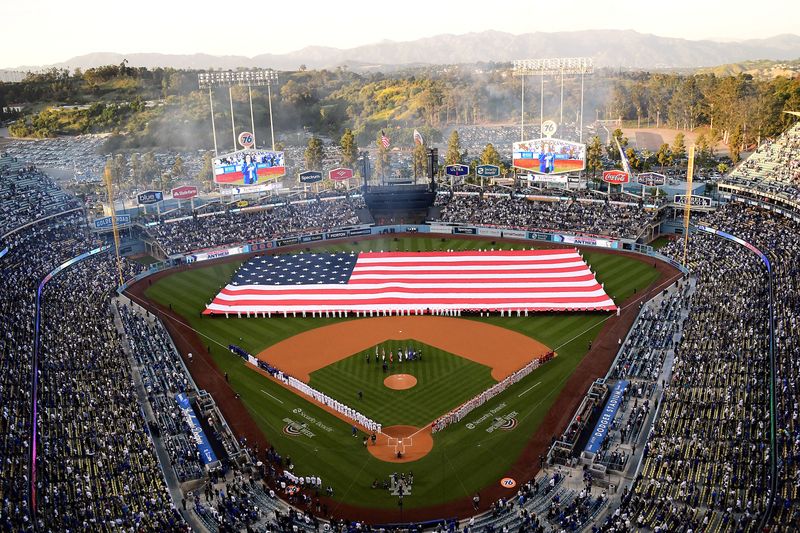