Blinken will give the speech at 11 a.m. Eastern Time (1500 GMT) at Washington’s George Washington University, at an event hosted by the Asia Society think tank, the State Department said in a statement.

After more than a year in office, the administration of President Joe Biden has faced criticism from Republicans and others for lacking a formal strategy for dealing with China, the world’s second-largest economy and Washington’s main strategic rival.

The administration announced a strategy for the Indo-Pacific in February in which it vowed to commit more diplomatic and security resources to the region to counter what it sees as China’s bid to create a regional sphere of influence.

It has said it is working on a separate strategy for China, but has faced significant distractions due to Russia’s invasion of Ukraine.

A source familiar with plans for the China strategy told Reuters last week that the contents covered publicly by Blinken were not expected to be very detailed and would largely be a compilation of statements the administration has already made about China.

Related News:   Factbox-U.S. debt ceiling: A straightforward vote is not the usual path

Biden is due to host leaders of the 10-nation Association of Southeast Asian Nations (ASEAN) at a summit in Washington on May 12 and May 13 and he is expected to visit Asia, including South Korea and Japan, later in the month.

While U.S.-China relations remain tense over a broad range of issues, senior U.S. officials say that two months after warning that Beijing appeared poised to help Russia in its fight against Ukraine, they have not detected overt Chinese military and economic support – a welcome development. 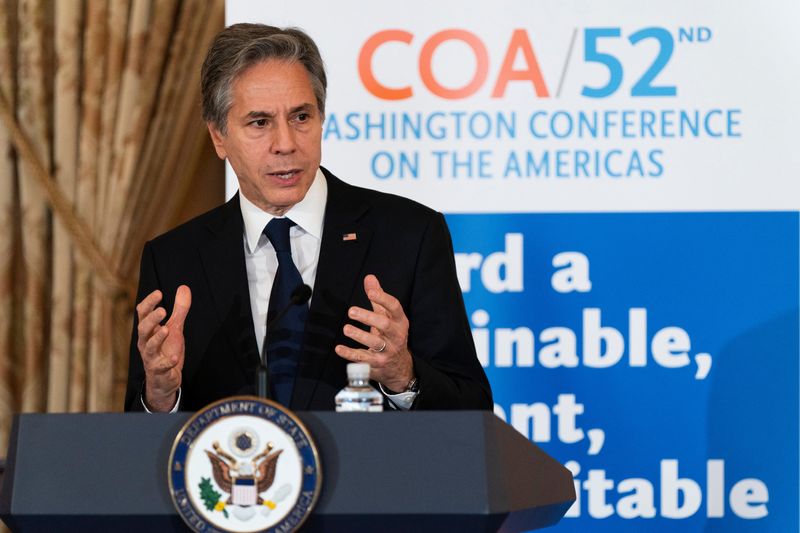