WASHINGTON – During his 16 years on the U.S. Supreme Court, Justice Samuel Alito has forged a reputation as a staunch conservative on a range of issues, opposing abortion and LGBT rights and supporting religious liberty and gun rights.

Alito, the 72-year-old author of a leaked draft opinion in a major abortion case from Mississippi that would overturn the landmark 1973 Roe v. Wade decision legalizing the procedure nationwide, was sworn in on Jan. 31, 2006.

He became the nominee only after Bush’s first choice, his White House counsel Harriet Miers, withdrew amid an uproar from conservatives who among other things feared she was not sufficiently opposed to abortion rights.

Bush then turned to Alito, whose conservative record as a federal appellate judge prompted Democrats to mount a campaign against him in the U.S. Senate.

In the end, the Senate voted to confirm him 58-42 – a vote touted at the time as an important victory for conservatives as they sought to send the court on a rightward course. The court now has a 6-3 conservative majority, with Alito and Clarence Thomas, appointed by Bush’s father in 1991, considered its two most conservative justices.

In his dissent in the Louisiana case, Alito wrote that “the abortion right recognized in this court’s decisions is used like a bulldozer to flatten legal rules that stand in the way.”

“Today’s decision claims new victims,” Alito added in the 2020 case. “The divided majority cannot agree on what the abortion right requires, but it nevertheless strikes down a Louisiana law … that the legislature enacted for the asserted purpose of protecting women’s health.”

The Texas and Louisiana rulings invalidated state abortion restrictions because they ran afoul of Roe v. Wade, which recognized a woman’s constitutional right to terminate her pregnancy, and a subsequent 1992 ruling reaffirming Roe.

During oral arguments last December in the Mississippi case, Alito was among the conservative justices who played down the notion that the court must be careful in overturning its own precedents.

“So there are circumstances in which a decision … must be overruled simply because it was egregiously wrong at the moment it was decided,” Alito said during the arguments.

“Roe was egregiously wrong from the start,” Alito wrote in the Mississippi draft opinion dated Feb. 10, according to Politico, which posted a copy online. The court is due to issue its ruling by the end of June.

Alito defended the idea that privately owned corporations could have religious objections, noting that protecting the rights of corporations “protects the religious liberty of the humans who own and control those companies.”

When the court in 2021 rejected a Republican bid to invalidate Obamacare, preserving it for the third time since its 2010 enactment, Alito was one of two dissenters in a 7-2 decision.

In 2010, Alito authored a 5-4 ruling expanding gun rights, writing that the U.S. Constitution’s Second Amendment’s promise of an individual right to keep and bear arms applies to state and local gun control laws. The ruling built upon one two years earlier striking down the nation’s strictest gun control law in the District of Columbia.

In 2013, Alito was in the majority when the court struck down a key part of the Voting Rights Act, the 1965 law aimed at protecting Black voters from discriminatory practices. Alito was on the losing side in he 2015 ruling legalizing same-sex marriage nationwide.

Alito was born on April 1, 1950, in Trenton, New Jersey, to an Italian immigrant father and a school principal mother. Alito earned his undergraduate degree from Princeton University and law degree from Yale, then clerked for a federal judge and became a federal prosecutor.

During the 1980s, he worked as an assistant to the solicitor general, the government’s chief advocate before the Supreme Court, under Republican President Ronald Reagan, arguing 12 cases at the high court, then became deputy assistant attorney general and later U.S. attorney in New Jersey. Republican President George H.W. Bush appointed him as an appellate judge in 1990.

(Reporting by Will Dunham; Editing by Howard Goller) 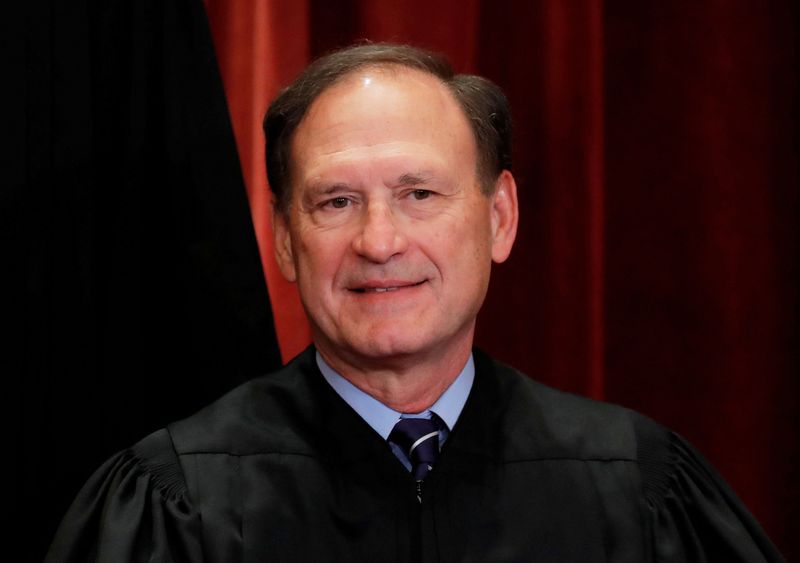 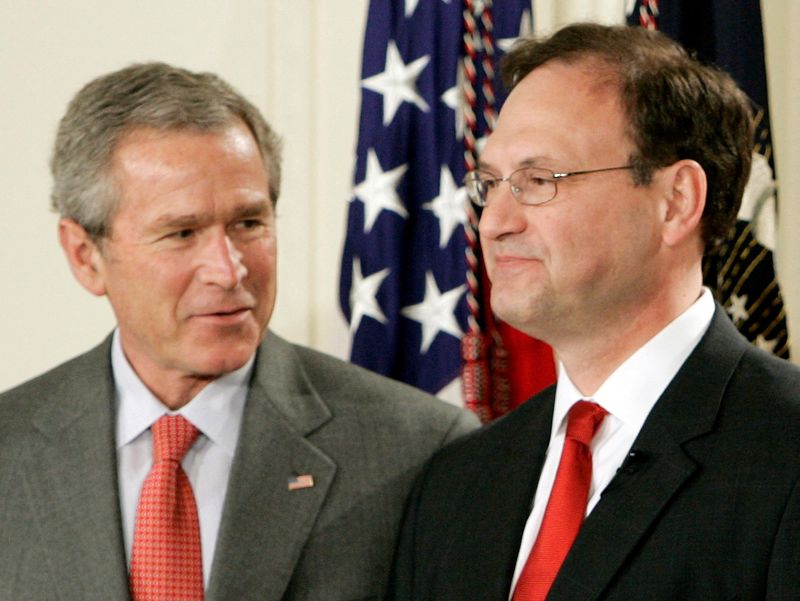 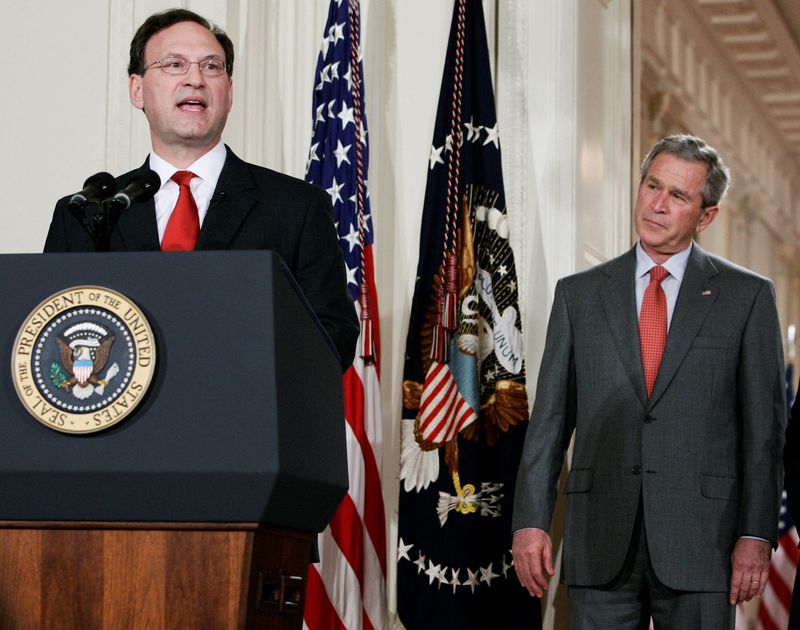