The state-controlled Norwegian company has emerged as a big winner in Europe’s energy crisis, generating $18 billion in adjusted pretax earnings in the first quarter as it sold gas at prices more than four times as high as a year earlier.

The sale of natural gas is now Equinor’s most profitable business, exceeding traditionally dominant crude oil revenue, as Europe scrambles to fill depleted gas storage amid fears the war in Ukraine will lead to a loss of Russian supplies.

The $18 billion result compared with a revised $4.1 billion a year earlier and beat the $17.1 billion predicted in a company-compiled poll of 25 analysts.

The average invoiced European natural gas sales price was 345% higher than in the first quarter of 2021 “due to low gas stocks in Europe, high demand and tight supply,” Equinor said.

“We have optimised the gas production to deliver higher volumes, and Hammerfest LNG is on track for a safe start-up on 17 May,” Opedal said, referring to an Arctic gas facility that has been out of commission since a fire in 2020.

Still, while rivals Exxon Mobil, TotalEnergies and BP recently promised to increase their share buybacks, Equinor stood by a plan, announced in February, for dividends and share buybacks of $10 billion in 2022.

“Given the net debt position and strong results, as well as peers increasing buybacks in recent days, we do think there was some expectation of Equinor increasing its distributions,” RBC Capital Markets said in a note to clients.

Brokers Jefferies said Equinor’s decision not to distribute more capital to owners would lead to its share price underperforming the market.

Equinor’s Oslo-listed shares had risen 0.9% by 0811 GMT, slightly underperforming a 1.1% rise in European oil and gas shares. Norway’s largest firm is still up 39% year-to-date, however.

The company reiterated its plan to withdraw from Russia, booking a $1.1 billion impairment in the January-March quarter and dropping Russian crude supplies, as previously announced.

“Equinor has stopped trading in Russian oil. This means that Equinor will not enter into any new trades or engage in new transport of oil and oil products from Russia,” the company said.

Equinor maintained a quarterly dividend of 40 cents per share, as planned, half of which is an ordinary payout and the other half seen as an extraordinary payment due to high petroleum prices. 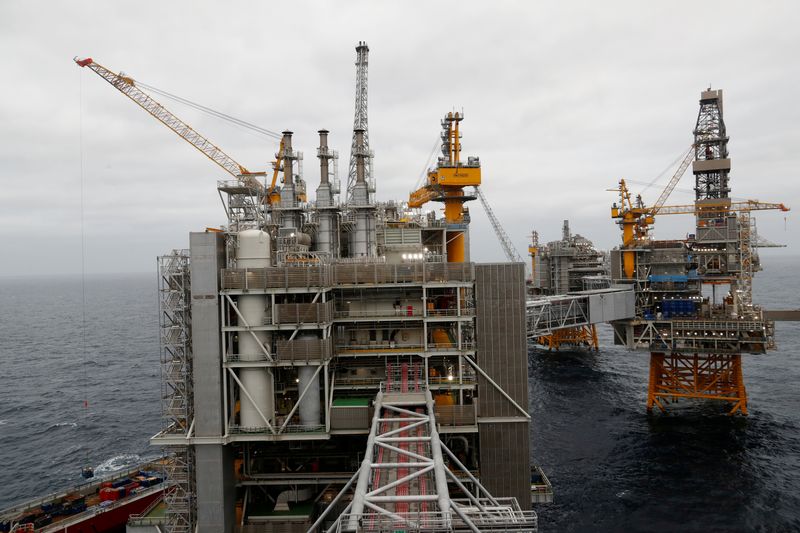