(Reuters) -The New York Times Co added more digital subscribers in the first quarter as more people flocked to its games following the popularity of “Wordle”, but the publisher’s revenue missed estimates as digital advertisers cut back on marketing spending.

The 171-year-old newspaper has beefed up its content library with podcasts, newsletters, cooking recipes and games with a focus on new subscribers.

“The acquisition of Wordle brought tens of millions of folks into our audience, which helped drive a lot of game subscriptions,” Chief Financial Officer Roland Caputo said on Wednesday.

While the publisher benefited from an increase in readership due to the Russia-Ukraine crisis, Caputo said advertisers were avoiding placing ads close to Ukraine-related stories, which usually took a spot on the front pages.

The Times said clients were also spending less on ads against the backdrop of inflationary pressures and macroeconomic uncertainties.

For the company, which generates about a quarter of its revenue by selling ad space on its website and newspapers, revenue from the digital ads segment rose 12.6% in the first quarter, compared with a 23.3% jump in the fourth.

The publisher expects digital advertising revenue to increase in the low-single-digits for the second quarter.

Digital advertisers including Google-parent Alphabet and Snap Inc have also warned that inflation, the strengthening U.S. dollar and other economic challenges could pressure ad revenue.

On an adjusted basis, the company earned 19 cents per share just ahead of estimates.

(Reporting by Eva Mathews in Bengaluru; Editing by Shinjini Ganguli and Shounak Dasgupta) 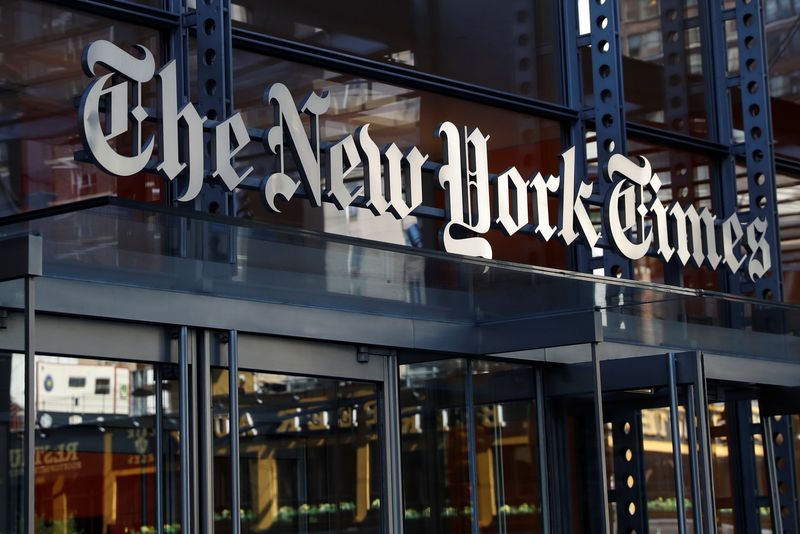