Bombardier said it expects a lower earnings before interest, taxes, depreciation and amortization (EBITDA) margin during the second quarter versus the first three months of the year.

Corporate jet makers are reporting swelling order backlogs, as affluent passengers continue flying private during the COVID-19 pandemic. But any downturn in the economy or widening of Russia’s invasion of Ukraine could weigh on demand.

“We are clearly tracking well to our free cash flow guidance for 2022,” Martel said about the closely watched metric.

Bombardier used $405 million in free cash during the first quarter of 2021.

Martel, who said the company is already considering a 15% to 20% rise in production next year, told analysts “2024 looks good too” due to the backlog.

First quarter revenue fell 7% to $1.2 billion due to fewer plane deliveries compared with the first three months of 2021.

The company remains on track to meet full-year guidance of more than 120 deliveries, with second and third quarter deliveries to be flat year over year, followed by a strong fourth quarter.

Adjusted EBITDA rose 36% in the first quarter on higher profits from sales of its flagship Global 7500 jet and cost-cutting measures.

Analysts on average were expecting an adjusted loss of 3 cents per share and revenues of $1.33 billion according to data from Refinitiv.

(Reporting By Allison Lampert in Montreal; additional reporting by Abhijith Ganapavaram in Bengaluru; Editing by Shinjini Ganguli and Will Dunham) 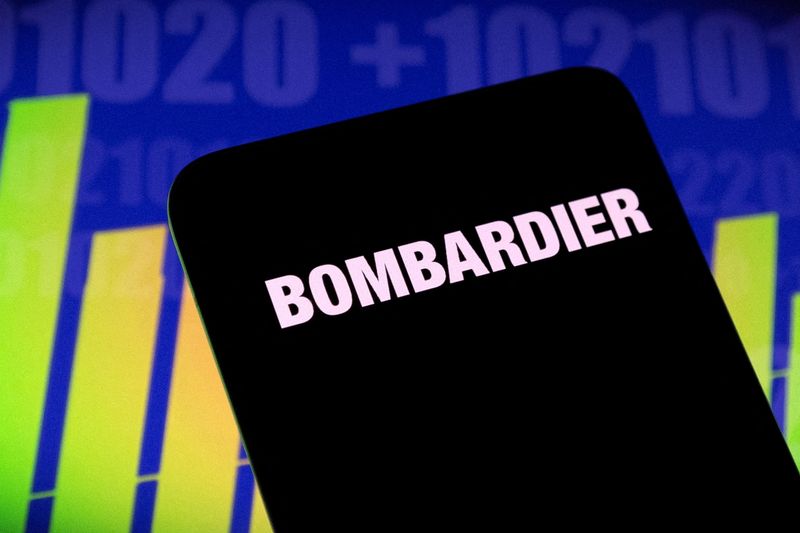