LONDON – The European Union has proposed tightening sanctions on Moscow with a phased embargo of Russian oil, a move that will push European refineries into a race to find new crude suppliers and leave drivers with bigger bills at the fuel pump.

HOW RELIANT IS THE EU ON RUSSIAN OIL?

According to the International Energy Agency (IEA), the EU imported 2.2 million barrels per day (bpd) of crude oil from Russia and 1.2 million bpd refined oil products before Russia’s invasion of Ukraine.

WHAT WILL TOUGHER SANCTIONS MEAN FOR EU DRIVERS?

Filling up a car is likely to get more expensive.

Russian imports include diesel used in both passenger cars and industrial vehicles. The bloc will now have to find other sources, those are likely to be from further afield which means increased freight costs and higher prices at fuel stations.

In Germany, for example, 74% of diesel imports before the war came from Russia, data from consultancy FGE Energy shows.

HOW RELIANT ARE EUROPEAN REFINERIES ON RUSSIAN CRUDE?

Russian oil makes up a fifth of oil refined in Europe, according to the IEA.

Some refineries producing gasoline to jet fuel, such as Germany’s PCK Schwedt and Leuna as well as refineries in the Czech Republic, Hungary, Slovakia and Poland, receive Russian crude oil via the Druzhba – or “Friendship” – pipeline.

Supplies along Druzhba have fluctuated sharply in recent years with deliveries running as high as 1.5 million bpd, although they have declined in recent months. Deliveries were about 0.8 million bpd in February.

Poland can switch to seaborne supplies from places like Saudi Arabia or Norway via the Gdansk port in the Baltic Sea.

Germany’s PCK Schwedt refinery, which supplies cars and airports in Berlin and the region, and Leuna near the German city of Leipzig could get some oil from the German Baltic sea port of Rostock. But Rostock is less of an oil hub than Gdansk and may not be able to supply enough to allow the refineries to run at full capacity.

Poland, which is seeking to replace all Russian crude in its refineries, could route some oil from Gdansk to German refineries but details have not been worked out. Such a move will also add to costs, which will be passed on to consumers.

For refineries in landlocked EU countries, filling the gap left by Druzhba will be a mammoth task. It is likely to involve transporting oil by trucks, railways and rivers, which is more expensive and less efficient, or extending other pipelines such TAL which runs from the Mediterranean via Austria to Germany. Such an extension will take time and still needs approval from southern German authorities.

Slovakia, Bulgaria and the Czech Republic seeking exemptions from the EU ban on Russian oil until they find alternatives. Hungary does not support the plans out of fear for its energy security.

CAN REFINERS REPLACE RUSSIAN OIL WITH OTHER CRUDES?

Refineries are typically set up to run on a specific type of crude oil, such as Russia’s prime export grade Urals. Other types of crude from Norway, the Middle East, the United States or West Africa can be blended to work or the refineries can be revamped to use other crudes, but this can change the yield of a refinery and adds costs on top of the extra freight charges.

In addition, traditional consumers of Russian oil will have to compete for alternative supplies both with others in the EU and with buyers in Asia, which is also likely to drive up prices.

CAN REFINERIES HALT OPERATIONS UNTIL THEY FIND A FIX?

Once shutdown, restarting a refinery is an expensive and complex process. There is also little desire to see refineries halt operations when capacity is already stretched with demand for fuel recovering from the COVID-19 pandemic.

Globally, refining capacity is shrinking as the world tries to reduce its dependence on oil-based fuels. Morgan Stanley estimates that capacity has shrunk by as much as 2.7 million bpd since the start of the pandemic.

As fuel demand has recovered, refining margins globally have skyrocketed, so refineries want to push as much fuel as possible into the market. But refineries that see crude delivery charges shoot up will see those margins squeezed and will have more incentive to scale back processing levels, or run rates. [PRO/E]

Shell has already said the 233,000 barrel-per-day PCK Schwedt refinery, in which it has a minority stake, will reduce output.

WILL REFINERS HAVE TIME TO ADJUST?

EU countries have until the end of the year to prepare, offering an opportunity to fill up storage near refineries, although these tanks are typically designed to cope with short-term disruptions.

However, if Russia cuts supplies first, this could cause more severe disruptions. Germany has warned of a recession if it does not receive Russian oil and gas. 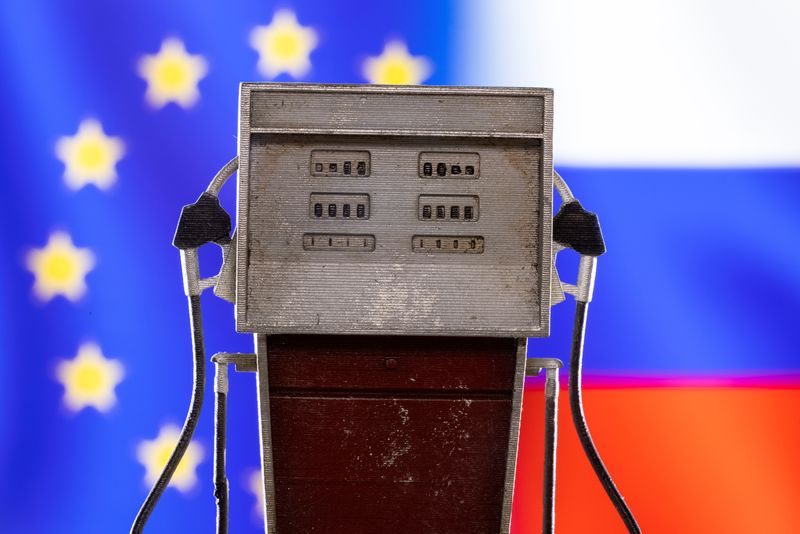 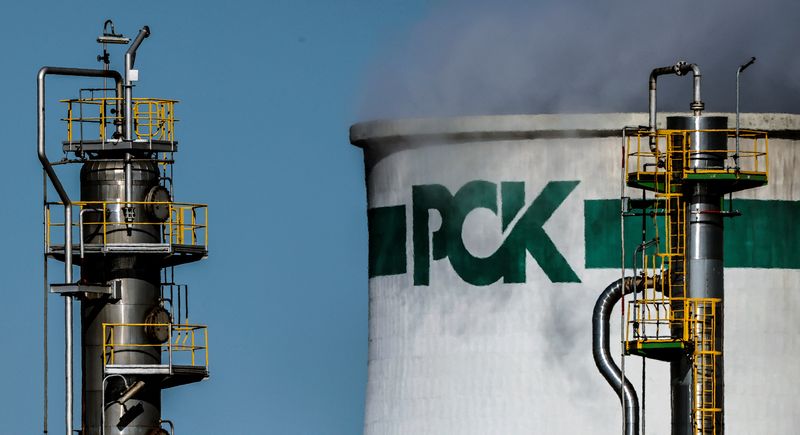