(Reuters) – Multinationals that announced their exit from Russia, or suspension of activities there, after Moscow’s invasion of Ukraine on Feb. 24 have started to report associated losses.

These are companies, listed by sector, that have provided cost estimates related to a temporary or permanent halt in Russia:

The German sportswear company warned in March of a hit to sales from closing in Russia, without giving an estimate. It operates 500 stores in the country, a quarter of its total.

Fourth-quarter results of LPP, Poland’s biggest fashion retailer, were hit with a 335 million zloty ($78 million) write-down, covering closure of its stores in Russia.

In 2021/2022, Russia was LPP’s second-biggest market after Poland, constituting 19.2% of its full-year sales revenue. LPP sees the suspension of business in Ukraine and closing stores in Russia costing 25% of revenue.

TJX U.S.-based fashion retailer TJX said it would sell its 25% stake in the Russian low-cost apparel shop chain Familia. The stake was valued at $186 million at the end of January, lower than the $225 million TJX paid for it in 2019.

TJX said it might need to record an impairment due to the divestiture if the fair value of the Familia investment declines below its carrying value on the balance sheet.

RENAULT Renault said in March it was considering a 2.2 billion-euro ($2.38 billion) non-cash writedown to reflect the potential costs of suspending operations in Russia.

Lost sales accounted for 166 million euros of revenue loss in Q1, although Russia remained the company’s second-largest market after France.

CITIGROUP The U.S. bank said in connection with its quarterly report that it sees a loss of up to $3.0 billion from its exposures in Russia in a severely adverse scenario.

Citi said it had reduced its total exposure to Russia since December 2021 by $2.0 billion to $7.8 billion.

The most global of the U.S. banks added $1.9 billion to its reserves in the first quarter to prepare for losses from direct exposures in Russia and the economic impact of the Ukraine crisis.

Credit Agricole SA Credit Agricole announced it has provisioned over half a billion euros related to its exposure to Russia as it released its first quarter results.

CREDIT SUISSE The Swiss bank estimated on April 20 that the impact of the Russian invasion of Ukraine will cost it 200 million Swiss francs ($209 million) in the first quarter of 2022.

SOCIETE GENERALE The French bank said it would quit Russia and write off 3.1 billion euros ($3.35 billion) from selling its Rosbank unit to Interros Capital.

The amount includes a 2 billion-euro hit to Rosbank’s book value, with the rest linked to the reversal of rouble conversion reserves.

UniCredit SpA Italy’s UniCredit, one of Europe’s banks most exposed to Russia, said it has booked a 1.3 billion euros ($1.37 billion) in loan loss provision regarding Russia, as it released its Q1 results. UniCredit runs Russia’s 14th biggest lender

UBS The Swiss bank said on April 26 that Russia’s invasion of Ukraine had a cost of about $100 million. UBS had also cut its exposure in Russia to $400 million at the end of March, from $600 million.

ESSITY The Swedish hygiene products group said it would record a write-down of 1.4 billion crowns ($147.7 million) after it shut down all production and sales in Russia in March.

The company generated around 2% of its total sales in the country last year, amounting to 2.8 billion crowns ($295 million).

Fortum said it would record a pre-tax impairment of 2.1 billion euros from its Russian operations in the first quarter.

That includes 0.3 billion euros from Fortum’s Russia segment, 0.6 billion from Unipro, a Russian company owned by Fortum’s subsidiary Uniper, and 0.2 billion from Fortum’s ownership in Russian power company TGC-1 and in renewables joint ventures in Russia, the Finnish utility said.

The German chemical and consumer goods company said in its quarterly report it foresees an impact of 1 billion euros on its full year sales related to the current geopolitical situation.

The tobacco giant took a charge of 3 cents per share related to the Ukraine crisis in the first quarter, after discontinuing sales of a number of Marlboro and Parliament cigarette products in Russia.

Philip Morris’ first-quarter earnings fell 3.6% to $2.32 billion, or $1.50 per share, including the 3-cent charge. Russia generated revenue of more than $1.8 billion last year, around 6% of its global sales

Oil and gas giant BP recorded a $24 billion write-down in Russia, slightly lower than its initial estimate of $25 billion. BP said that the non-cash write-down of its stakes in Rosneft and two other joint ventures pushed the company into a headline loss of $20.4 billion in the quarter.

EQUINOR Norway’s Equinor stopped trading in Russian oil in March, in addition to shutting down its operations in the country. The company recognised net impairments of $1.08 billion related to assets in Russia in the first quarter.

It is also in the process of leaving its joint ventures with Russia’s Rosneft.

The oil giant’s decision to leave Russia and discontinue oil and gas operations will hit earnings and oil production by between 1% and 2%, the company’s chief financial officer said.

The Austrian energy group said on April 8 it would take a 2 billion euro hit in the first quarter from its pullback from Russia, split evenly between its connection with the Nord Stream 2 pipeline project and adjustments to the consolidation method of two Russian entities.

The world’s largest liquefied natural gas trader will write down up to $5 billion following its decision to exit Russia, above the $3.4 billion previously disclosed, the company said on April 7. The increase was due to additional potential impacts around contracts, writedowns of receivables, and credit losses.

The Swedish engineering company, which has paused all new orders in Russia, said on April 26 that due to sanctions, orders amounting to 602 million Swedish crowns ($62 million) had been cancelled.

The Finnish engineering group said it made a write-down of 79 million euros in orders from Russia in the first quarter. It also cancelled 32 million euros ($34.6 million) of sales to the country which negatively impacted the quarter’s operating profit by about 39 million euros.

SRV The Finnish construction company said on April 28 it had written down most of its Russian assets and sold its holdings in Fennovoima, recording an impairment of 141.2 million euros ($148.5 million) on its balance sheet.

Its remaining assets in Russia are valued at 2.6 million euros ($2.7 million).

As the decrease in asset values ​​will have a significant impact on SRV’s equity and equity ratio, the company announced a programme to reorganize its financing, including a contemplated rights issue and conversion of its unsecured fixed-interest bond.

Valmet, the Finnish engineering group, has deemed several of its projects delivered to Russia no longer meet the criteria of a customer contract for revenue recognition purposes, and has as a result made a reversal of about 70 million euros to its order backlog.

WARTSILA The Finnish engineering group registered a 200 million euro write-down in its first-quarter financial report as it scaled down its business in Russia.

The write-down does not impact the company’s comparable operating result, but the actions regarding the business in Russia have a negative impact on its operational financials.

The Finnish construction company recorded an impairment of 133 million euros for the first quarter, following the classification of the Russian businesses as held for sale.

YIT announced early in April it would sell its business in the country to Etalon Group.

The Danish brewer said the decision to sell its Russian business would result in a write-down of about 9.5 billion crowns ($1.4 billion). The company generated 10% of its revenue and 6% of its operating profit in Russia in 2021.

HEINEKEN NV The Amsterdam-based brewer decided in late March to leave Russia, concluding that ownership of any business there is no longer sustainable or viable in current environment.

Heineken added it will not profit from any transfer of ownership and expects an impairment and other non-cash exceptional charges of about 0.4 billion euros ($432.96 million) in total.

McDonald’s said in March the closure of its Russian restaurants would cost it about $50 million a month. The company operates 847 sites – of its global total of over 38,000 – in Russia.

Brokerage Piper Sandler expects the restaurant chain’s halt to operations in Russia to result in an earnings per share hit of $1.19 in 2022.

The Swedish gardening equipment maker said April 21 it had booked write-downs of 119 million crowns ($12.6 million) in the first quarter as a result of stopping all exports and investments in Russia. In 2021, Russia accounted for 1.5% of group sales.

AP MOELLER-MAERSK A/S The Danish shipping group said it recorded a negative impact of $718 million on its first-quarter earnings before interest and tax. That included $162 million in its Ocean segment, $53 million in Logistics & Services and $485 million in Terminals.

Maersk said in March it would sell all its assets in Russia, including its 30.75% stake in Russian port operator Global Ports Investments.

The Finnish provider of mining technology, which halted deliveries to Russia in March, said on April 21 that operative assets related to Russian customers of about 100 million euros ($109 million) could be at risk if it is unable to wind down existing contracts in a controlled way.

The company, which generated 10% of revenue from Russian sales in 2021, added it had 269 million euros of advance payment guarantees tied to deliveries to Russia at end-March.

The Swedish bearings and seal maker said on April 22 it would cease all operations in Russia and planned to divest its Russian business in a controlled manner.

The decision triggered a write-down of about 500 million Swedish crowns ($52.70 million) in the second quarter. Russian sales accounted for about 2% of the group’s total sales in 2021.

The Swedish steelmaker said on April 26 concerns related to its sales office in Russia had led to asset writedowns of 158 million Swedish crowns ($16.23 million) in the country.

The war and sanctions also impacted prospects for the Fennovoima project in Finland, the shares of which were written down by 272 million crowns to zero in value.

SSAB has ended direct sales to Russia and Belarus, and discontinued new purchases of ore and coal from Russia, until further notice.

STORA ENSO The Finnish forestry company said on April 25 it had divested its two sawmills and forest operations in Russia to local management, resulting in an impairment of 70 million euros ($75 million) in Q1, and triggering an additional loss on transaction under IFRS accounting rules of about 60 million euros upon closing of the deal.

TEAMVIEWER The German software company said it had stopped its activities in Russia and Belarus and expected a negative impact on billings of around 1% from halting its business activities in the two countries. 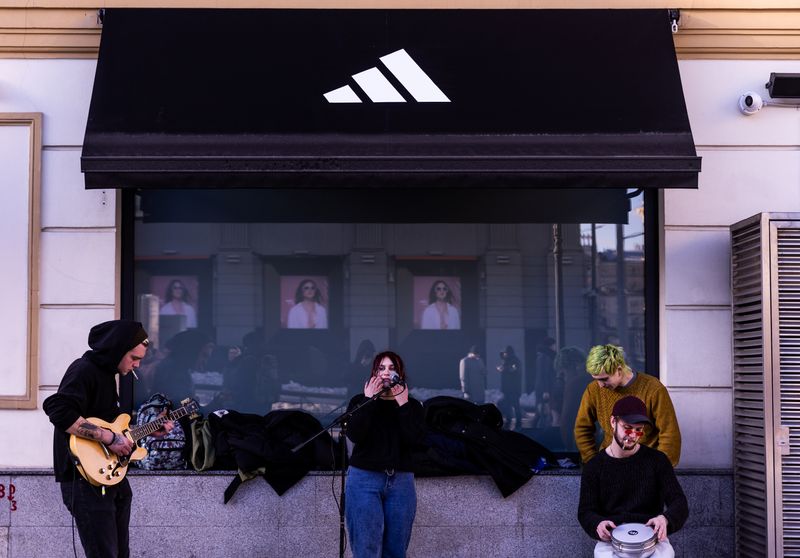 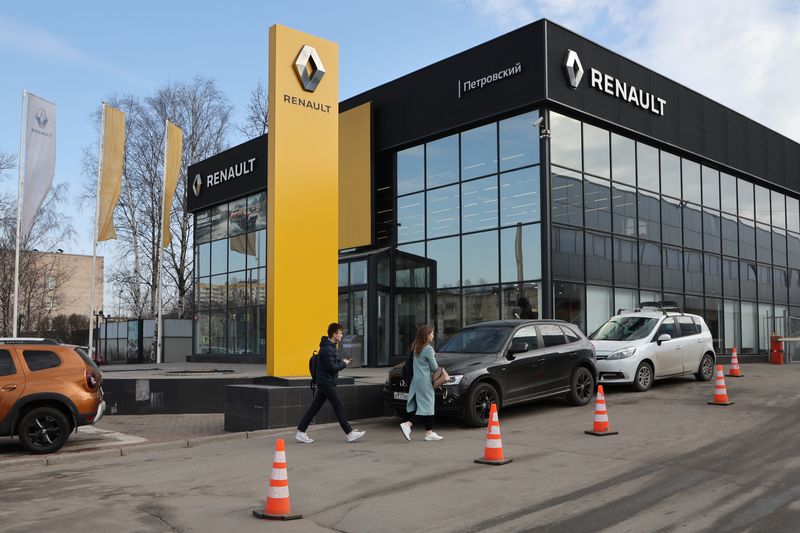