SHANGHAI -Tesla Inc is aiming to increase output at its Shanghai plant to 2,600 cars a day from May 16, it said in an internal memo seen by Reuters, as it seeks to restore production to levels before the city locked down to control COVID-19.

Tesla, which is now only running one shift, plans to add more at its Shanghai plant from May 16 to achieve the goal, the memo reviewed by Reuters showed.

That would bring weekly output to 16,900 vehicles based on Tesla’s established work week at the facility, according to Reuters calculations.

It would also represent a return to the production levels at the plant before Shanghai’s lockdown in late March forced the company to suspend work there.

Before the lockdown, Tesla had run three shifts at the Shanghai plant. The factory, which makes Tesla’s Model 3 and Model Y, reopened on April 19 after a 22-day closure, its longest since the site opened in late 2019.

The Shanghai lockdown has also been challenging for Tesla and other manufacturers because of the complication of getting parts from suppliers.

In one example, Aptiv, which supplies wire harnesses for Tesla, was not able to resume production in mid-April and there were concerns that this could have a knock-on effect on the automaker’s production, according to a person familiar with the matter.

But Tesla managed to secure wire harnesses from other suppliers and Aptiv got approval from authorities to resume production at the end of April, the person said.

The disruption to Tesla’s Shanghai plant has been one of the highest profile consequences of China’s measures to control its biggest COVID-19 outbreak, which have also crimped consumption, including vehicle sales.

Sales of electric vehicles (EV) had been booming in China before the COVID lockdowns. Tesla’s sales in China jumped 56% in the first quarter, while EV sales by its larger rival in China, BYD, increased fivefold.

Tesla assembled 55,462 vehicles in March at its Shanghai plant when it paused production for six days in the month, data from China Passenger Car Association showed.

The reopening of its Shanghai factory was heavily publicised by state media and was undertaken with the support of authorities who helped Tesla transport more than 6,000 workers and carry out disinfection work, Reuters reported this week.

Tesla’s progress, however, comes as a survey showed that Japanese companies are struggling to reopen factories in Shanghai, indicating difficulties with the municipal government’s push to help key businesses get back to work.

The Shanghai Japanese Commerce and Industry Club said on Thursday that of 54 companies that responded to an April 27-30 survey, 63% said their factories had yet to resume operations. 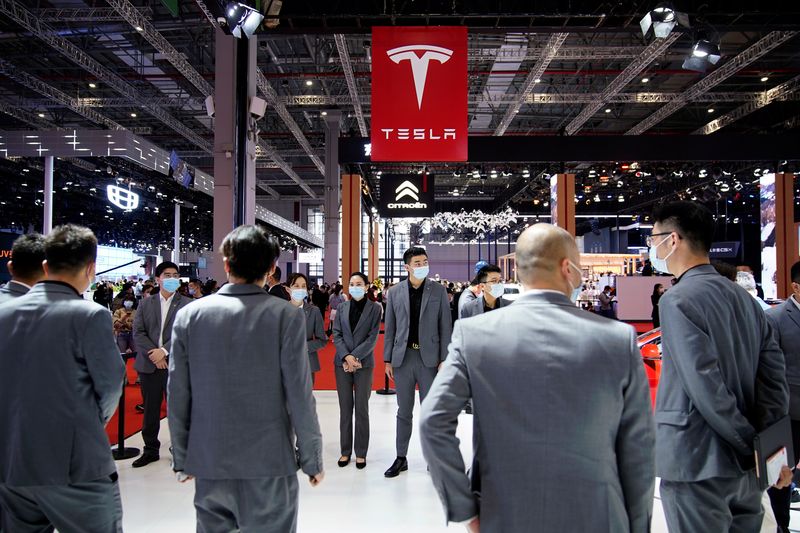