(Editor’s note: Some may find language in final paragraph offensive)

WASHINGTON – Two men pleaded guilty this week for their roles in assaulting former Metropolitan Police officer Michael Fanone, who was beaten and electrocuted with a taser during the January 2021 riot at the U.S. Capitol in Washington by throngs of former President Donald Trump’s supporters.

On Friday, defendant Albuquerque Cosper Head, 42, pleaded guilty before U.S. District Judge Amy Berman Jackson in a federal court in Washington to assaulting or impeding a police officer. In the hearing, he acknowledged he was responsible for pulling Fanone into the crowd.

“Did you in fact use riot shields to strike at the police or push against the police?” Berman Jackson asked.

Another defendant, Kyle Young, also pleaded guilty to assaulting or impeding a police officer in a separate court hearing before the judge on Thursday.

More than 800 people have been charged so far in connection with the Jan. 6. 2021 attack, a failed bid to block Congress from certifying President Joe Biden’s election.

About 140 police officers were assaulted during the riot, with the attack on Fanone being one of the most high-profile cases.

In an emotional congressional hearing last summer, Fanone testified about the assault against him.

“I heard chanting from some in the crowd, ‘Get his gun and kill him with his own gun.’ I was aware enough to recognize I was at risk of being stripped of and killed with my own firearm,” Fanone told lawmakers.

A total of four people have been charged in connection with the assault on Fanone. The government’s cases against the other defendants accused of assaulting him – Thomas Sibick and Daniel Rodriguez – are still pending.

At least two more suspects in the Fanone assault remain at large, according to the FBI’s wanted page.

In a statement sent to Reuters, Fanone said: “I look forward to looking each of these fuckers in the eye in court when they are sentenced.” 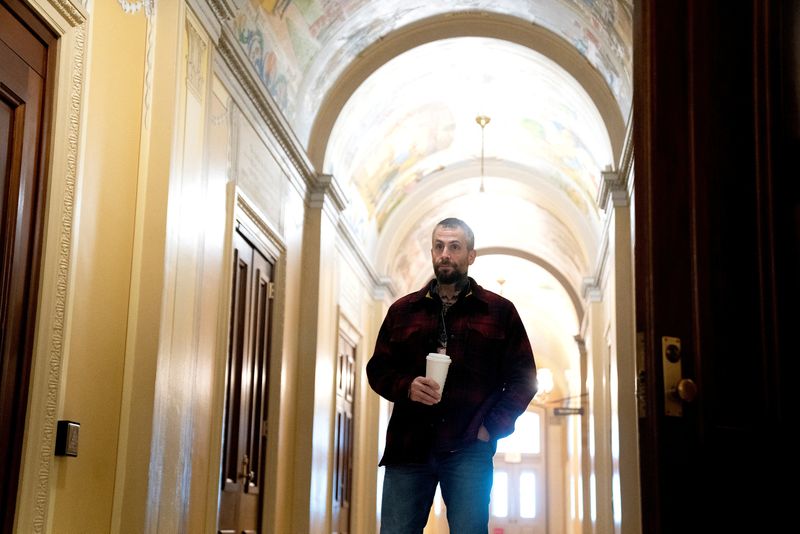