(Reuters) – Investigators of a mass shooting on Saturday in Buffalo, New York, are looking into a 180-page manifesto, believed to have been authored by the teenage gunman, that outlined “The Great Replacement” conspiracy theory popular among white nationalists.

The following explains its origins and significance in right-wing circles in the United States and elsewhere:

WHAT DOES ‘REPLACEMENT’ MEAN?

The conspiracy theory fosters the belief that leftist and Jewish elites are engineering the ethnic and cultural replacement of white populations with non-white immigrants that will lead to a “white genocide.” According to this belief, the cabal of political and business elite would be kept in power by the masses of indebted non-whites.

Buffalo gunman Payton Gendron, 18, who is white, was charged with shooting at more than a dozen, mostly Black, people. He purportedly said in his online posting that white people were being replaced by minorities in the United States.

WHAT ARE THE ORIGINS OF ‘THE GREAT REPLACEMENT’?

It is thought to have its roots in early 20th century French nationalism. It was popularized in recent years by French writer Renaud Camus who believes immigration from Africa and the Middle East will eventually lead to the extinction of the native white European race, according to non-profit organization ADL (Anti-Defamation League.) Because many white nationalists in the United States and abroad believe Jewish people are actively encouraging non-white immigration, the false narrative is considered anti-Semitic, the ADL said. White “replacement theory” and the idea of a “white genocide” were a pillar of Nazi Germany’s ideology, which pointed to Jews as the single most dangerous threat to white civilization. The Nazis killed six million Jews in World War Two.

WHAT IS ITS CONNECTION TO MASS SHOOTINGS?

The Buffalo shooting, which authorities are calling an act of “racially motivated violent extremism,” was the latest in a string of racist violence in the United States and abroad. The gunman who killed more than 20 people in El Paso, Texas in 2019 decried a “Hispanic invasion” of the United States in a manifesto explaining his actions, authorities said. Rabid anti-Semitism was behind the deadly shooting at the Tree of Life synagogue in Pittsburgh a year earlier when a gunman yelling “All Jews must die” opened fire on worshippers.


The Buffalo shooting also drew parallels with an attack on two mosques that took place in New Zealand in 2019. As was the case with the Buffalo attack, the gunman livestreamed the shooting and distributed an online manifesto espousing far-right views.

At a 2017 “Unite the Right” rally in Charlottesville, Virginia, some marched on the University of Virginia campus carrying torches and chanting “Jews will not replace us!” a reference to the conspiracy theory.

IS IT LIMITED TO THE FRINGES?

Once largely confined to message boards and internet forums in the more remote corners of the online world, versions of replacement theory have reached mainstream audiences through certain conservative media channels and political exponents. Last year, critics called out Fox News television host Tucker Carlson for a segment in which he said the Democratic Party was “trying to replace the current electorate” in the United States with “new people, more obedient voters from the Third World.” Carlson has dismissed accusations of racism.

Republican firebrand Matt Gaetz, a congressman from Florida, voiced his support for Carlson, saying in a tweet the TV host was “CORRECT about Replacement Theory as he explains what is happening to America.” 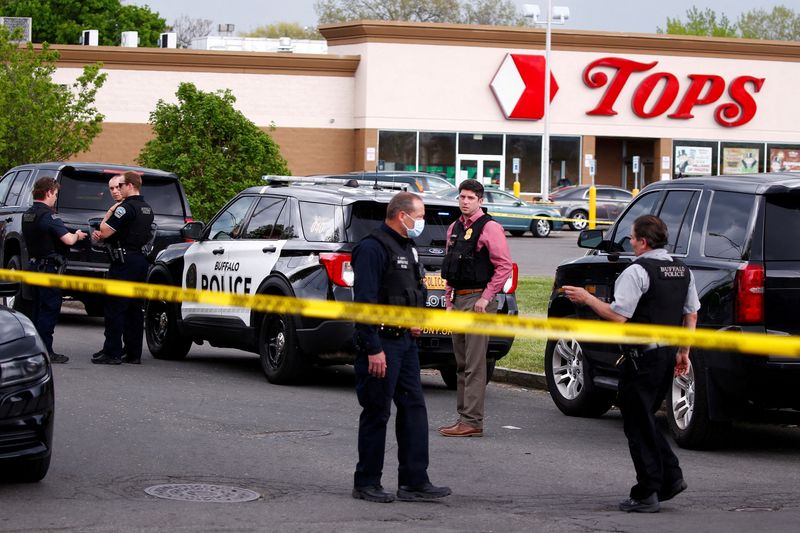