WASHINGTON – Nordia Tompkins was serving a seven-year sentence for a drug charge in June 2020 when the U.S. federal Bureau of Prisons released her to home confinement under the terms of a law passed by Congress to slow the spread of COVID-19.

The 37-year-old mother of two began settling back into her life north of New York City, pursuing studies for a new career in cosmetology. That changed a year later when she stopped at a store to fix her broken cell phone, an errand the Bureau of Prisons (BOP) ruled violated the terms of her confinement, though Tompkins said she told officials of her plans.

She was ordered back to prison.

“I got my daughter out of foster care back into my care. I got a job and I re-enrolled in school,” she wrote to the BOP. “I have worked so hard to settle back into society the right way.”

Tompkins is one of three federal inmates asking courts to release them back to home confinement under the terms of the 2020 Cares Act that authorized their release. They contend the New York halfway house run by GEO Group sent them back to prison over minor infractions without any chance to contest the allegations.

The outcome of the three cases could open the door for future legal challenges by more than 300 other inmates whose home confinement was revoked over minor infractions, lawyers involved in the cases said.

A Justice Department spokesperson declined to comment beyond the department’s court filings in the case, while a GEO Group spokesperson referred questions to the BOP.

Prosecutors fighting to keep Tompkins locked up said she and similarly situated inmates have “no protected liberty interest” and that BOP’s placement decisions are “expressly insulated from judicial review.”

But attorneys for Tompkins and two other women who were sent back to prison after testing positive one time each for marijuana said the BOP’s disciplinary approach is at odds with the Biden’s administration’s goal of lowering mass incarceration and reducing sentences for low-level offenders.

“These cases could help shed light on the black box of how the BOP goes about deciding who to re-imprison, and a favorable ruling could certainly lead to additional litigation around the country,” said Marisol Orihuela, a Yale University law professor who along with Sarah Russell of Quinnipiac University represents Tompkins and the two other women.

More than 10,000 inmates were released to home confinement under terms of the law, according to the BOP.

As of May 3, 406 inmates released home under the law were returned to prison, 199 due to alcohol or drug violations and another 132 for various administrative violations, the BOP said.

Virginia Lallave and Eva Cardoza, also represented by Orihuela and Russell, both reside in New York, where marijuana is legal under state law.

Lallave, who is waiting for a court ruling, was permitted by a judge to stay home while her case is reviewed. Prosecutors said in court filings that she received advanced notice of the disciplinary charges against her.

Cardoza, who has a teenage daughter and helps care for her fiance’s four children, has been back behind bars since June 2021.

Her fiance, Eric Alvarez, said she had not used marijuana, and that he believes the test was inaccurate, but that she was not given a chance to contest it.

“Her due process was violated. She wasn’t even given an opportunity to go to a hearing or to contest what she was being accused of,” Alvarez said in a phone interview. “That’s not America.” 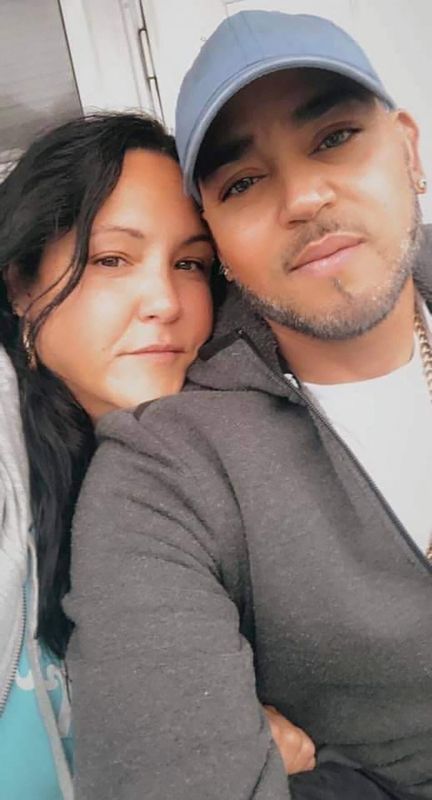