WASHINGTON (Reuters) – U.S. Senate Majority Leader Chuck Schumer called on Fox News and its owner Rupert Murdoch on Tuesday to stop what he said was “reckless amplification” of a conspiracy theory believed to have been espoused by a man accused of killing 10 people in a racially motivated shooting in New York.

Payton Gendron, an 18-year-old white teenager, is accused of opening fire with a semi-automatic rifle in a predominantly African-American neighborhood of Buffalo on Saturday. Investigators have said they are looking into his online postings, which include a 180-page manifesto he is believed to have authored that outlines the “Great Replacement” conspiracy theory that white people were being replaced by minorities in the United States and elsewhere.

“This pernicious theory, which has no basis in fact, has been injected into the mainstream thanks in large part to a dangerous level of amplification by your network and its anchors,” Schumer wrote in a letter addressed to Murdoch and other Fox executives.

He singled out top-rated Fox News commentator Tucker Carlson, saying he has “spewed rhetoric that echoes replacement theory” at least 400 times on his show since 2016, citing a New York Times investigation.

In response, Fox News released the transcript of a Carlson program on Monday in which he urged a focus on the victims of the shooting, described Gendron’s alleged views as “immoral” and “crazy,” and called for a “colorblind meritocracy” in the United States.

Gendron is accused of shooting 13 people and killing 10. He has been jailed without bail on a charge of first-degree murder. He pleaded not guilty.

The shooting follows a number of attacks in the United States that were allegedly racially motivated, including a Black church in Charleston, South Carolina; a Walmart in El Paso, Texas; and a synagogue in Pittsburgh.

Schumer, the top Senate Democrat, on Monday devoted a floor speech to the shooting, describing Fox News as a “special home” for cultural grievances and political resentment that mirror replacement theory.


White House spokeswoman Karine Jean Pierre also denounced what she termed a “poisonous false hateful ideology” but declined to name specific news outlets. “The people who spread this filth know who they are, and they should be ashamed of themselves. But I’m not going to give them or their obnoxious ideas they’re pushing the attention that they desperately want,” she told reporters.

Some Republicans in Congress, including staunch allies of former President Donald Trump, have also faced criticism for rhetoric that claims Democrats want to replace the U.S. electorate with immigrants to sustain themselves in power.

On Monday, Republican Representative Liz Cheney said on Twitter that her own party leaders in Congress have enabled “white nationalism, white supremacy and anti-Semitism.” She called on Republicans to renounced and reject those views.

Republicans are trying to forge party unity in their campaign to retake control of the Senate and House of Representatives in the November midterm elections. 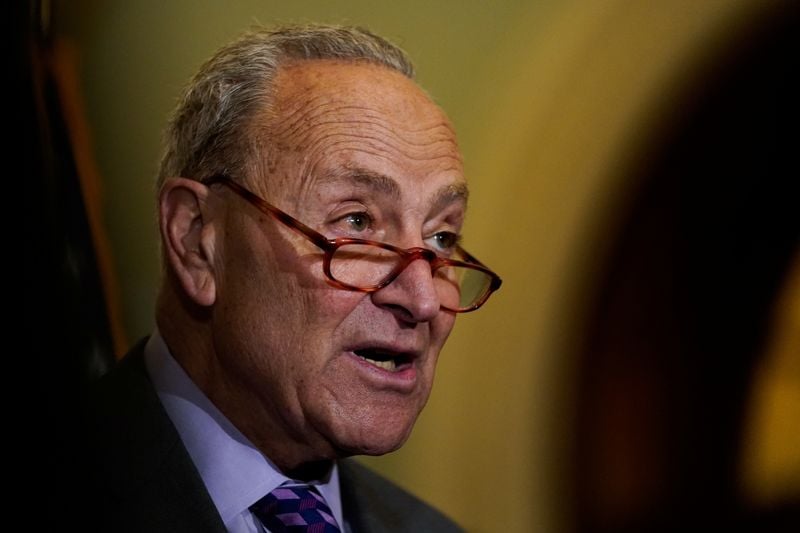