WASHINGTON (Reuters) – California and 19 other U.S. states and the District of Columbia on Thursday backed efforts by President Joe Biden to restore the most populous state’s ability to set its own strict tailpipe and zero-emission vehicle standards.

Last week, a group of 17 states including Ohio and Texas filed a challenge in the U.S. Court of Appeals for the District of Columbia to the Environmental Protection Agency’s (EPA) decision to restore the authority that was withdrawn under former President Donald Trump. Seventeen other states have agreed to adopt California’s tailpipe emissions rules and 15 have backed its zero-emission vehicle requirements.

Governor Gavin Newsom said California would “stand with the federal government in defending against these radical efforts to upend … California’s clean transportation future.”

The EPA in March reinstated a waiver under the Clear Air Act awarded to California in 2013. The agency also rejected a Trump-era decision to bar other states from adopting Sacramento’s tailpipe emission standards.

The states, including New York, Pennsylvania and Illinois and joined by Los Angeles and New York City, said the EPA waiver withdrawal was unprecedented after more than 50 years of approvals.

Attorney General Eric Schmitt of Missouri, who opposes the strict California rules, said last week the Biden administration gave “California the go-ahead to set ‘green’ manufacturing standards, which in reality, crush the average American who is already facing astronomical prices at the pump.”

Biden has set a goal of 50% of new-vehicle sales being electric or plug-in electric by 2030, but has not endorsed a date to phase out gasoline-vehicle sales. 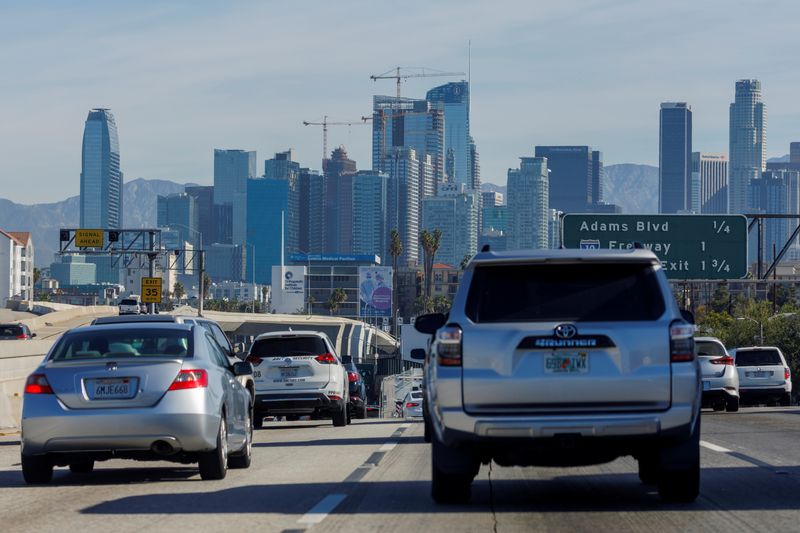