By Trevor Hunnicutt and Josh Smith

PYEONGTAEK, South Korea (Reuters) -Joe Biden’s first stop on his inaugural trip to Asia as U.S. president on Friday was a massive Samsung Electronics semiconductor plant, underscoring a message of economic security with an eye on China and the war in Ukraine.

Biden landed at the U.S. military’s Osan Air Base in Pyeongtaek, south of Seoul, and immediately drove to Samsung’s nearby factory, the largest semiconductor plant in the world. There he greeted South Korean President Yoon Suk-yeol, a relative newcomer to politics, for the first time in person.

Advanced chips for functions such as mobile, 5G, high-performance computing and artificial intelligence, have become a focal point of competition with China and concerns over global supply chain disruptions caused by the pandemic.

Economic shockwaves from Russia’s war in Ukraine have further spotlighted the need to secure critical supply chains so that the U.S. economy and national security are not dependent on countries “that don’t share our values,” Biden said in remarks at the plant.

“The critical component of how we’ll do that in my view is by working with close partners that do share our values, like the Republic of Korea.”

Biden said the future would be written in the Indo-Pacific and now was the time for the United States and like-minded partners to invest in each other.

The two leaders toured the plant, which the White House called a model for a new $17 billion factory that Samsung plans to build in Taylor, Texas.

“With today’s visit, I hope that Korea-U.S. relations will be reborn as an economic and security alliance based on high-tech and supply chain cooperation,” Yoon said.


He also urged Biden to provide incentives for South Korean and U.S. businesses to invest in each other’s countries.

Countering China’s presence in the region is a key Biden theme on the trip, but South Korea is likely to strike a cautious tone in public on the topic given Beijing is Seoul’s top trading partner.

South Korea is expected to be among the inaugural members of Biden’s Indo-Pacific Economic Framework (IPEF), which will be announced during the trip to set standards on labor, the environment and supply chains.

Asked about Beijing’s opposition to the IPEF, Yoon told reporters earlier on Friday that joining the framework does not have to conflict with South Korea’s economic ties with China.

Hyundai Motor Co has been working on plans to build a new electric-vehicle manufacturing plant in the United States, and an announcement could coincide with Biden’s visit.

Police in Seoul said on Friday that a member of Biden’s advance security team had been arrested, accused of drunkenly assaulting a South Korean citizen outside the hotel where the U.S. president was expected to stay, but the incident did not appear to disrupt the visit.


As Biden’s meetings continue on Saturday, the weighty issue of North Korea is expected to top the agenda. Leader Kim Jong Un abandoned a freeze on intercontinental ballistic missile testing and appears poised to resume testing of nuclear bombs, perhaps while Biden is in the region.

U.S. cooperation with South Korea and Japan “will only strengthen in the face of further provocations” by North Korea, Biden’s national security adviser Jake Sullivan told reporters en route to South Korea when asked about the possibility of a weapons test.

“We are prepared for those eventualities,” Sullivan said. The United States has told allies and China that such a provocation during the U.S. visit would “cause adjustments to the way that our military is postured in the region,” he said.

Yoon has signaled he will take a tougher line on Pyongyang than his predecessor and is expected to ask for Biden’s help. Yoon has warned of a preemptive strike if there is a sign of an imminent attack and vowed to strengthen the South’s deterrent capability.

North Korea has reported on a COVID-19 outbreak in the past week, but it has ignored calls to return to diplomacy.

Washington has said it is open to direct talks at any time with Kim, but it has not publicly offered new ideas about how to coax the country’s leadership into conversation. Biden has also decided not to visit the heavily fortified demilitarized zone separating the South from North Korea. 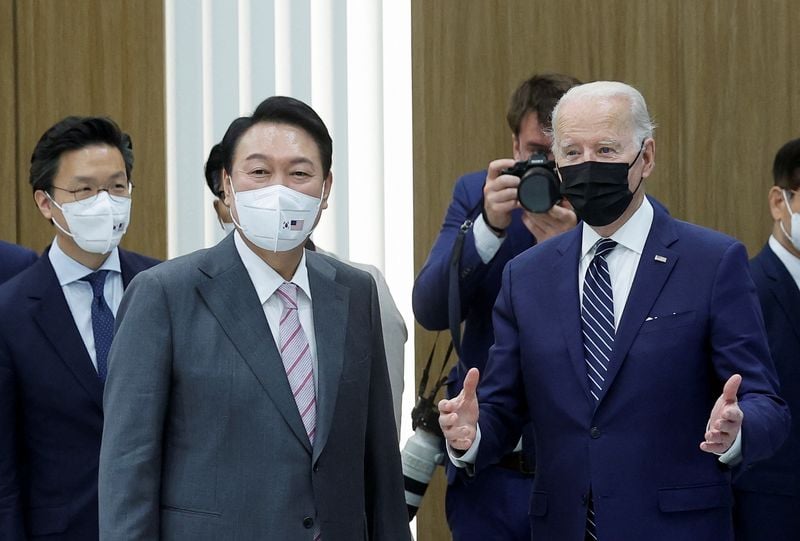 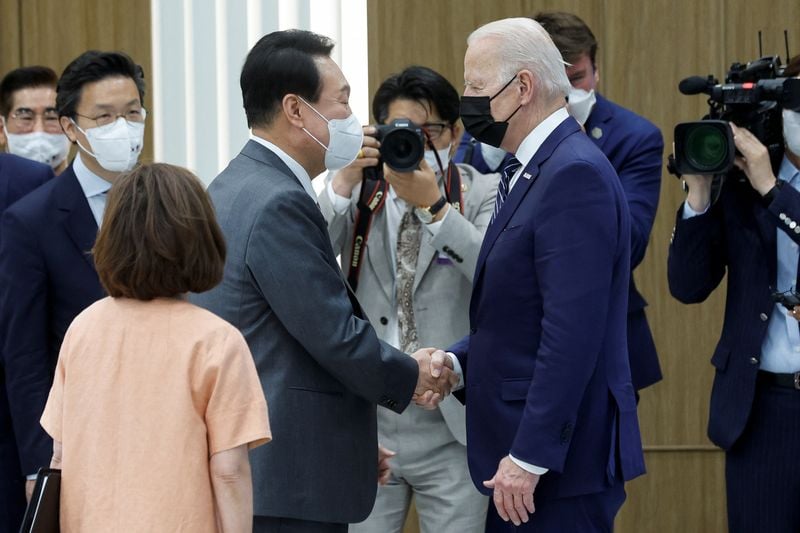 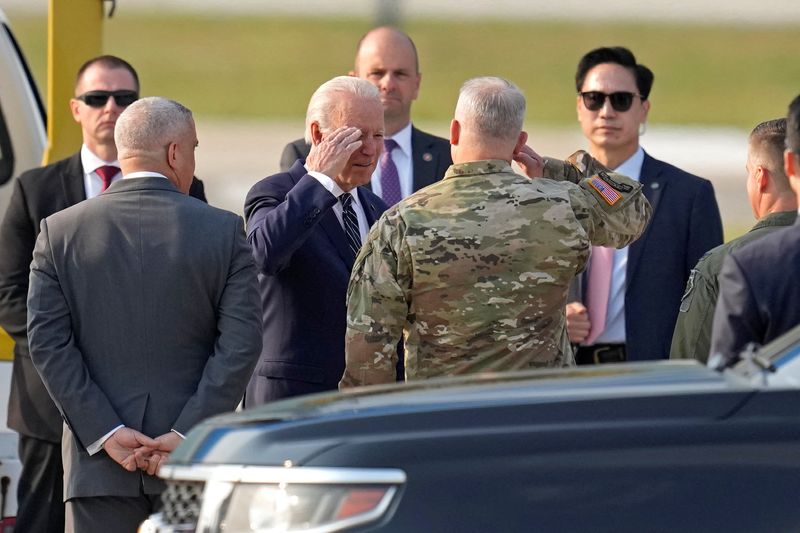