By Leika Kihara and Francesco Canepa

KOENIGSWINTER, Germany – Group of Seven (G7) finance leaders on Friday pledged to closely monitor markets given recent volatility and reaffirmed their commitment on exchange rates, nodding to Japan’s concern over recent sharp declines in the yen.

The G7 advanced economies have an agreement that markets ought to determine currency rates, that the group will closely coordinate on currency moves, and that excessive and disorderly exchange-rate moves would hurt growth.

Japanese policymakers have said the agreement gives Tokyo leeway to jawbone, or even intervene directly in the currency market to counter sharp moves in the yen.

“We will also continue to closely monitor markets given recent volatility. We reaffirm our exchange rate commitments as elaborated in May 2017,” the G7 finance leaders said in a communique issued after a two-day meeting that ended on Friday.

Once welcomed as giving exports a boost, a weak yen has emerged as a source of concern for Japanese policymakers, as it inflates already rising costs of imported fuels and raw materials.

Japanese Finance Minister Shunichi Suzuki told reporters on Thursday Tokyo wanted the G7 to reaffirm its commitment on exchange-rate policy, as the country struggles with the yen’s slide to two-decade lows.

The dollar’s broad ascent has also pushed down the euro, adding inflationary pressure to the region that is feeling the strain from the Ukraine crisis-driven surge in energy costs.

While the yen has bounced back somewhat against the dollar this week as part of the U.S. currency’s broad retreat, many analysts expect prospects of steady interest rate hikes by the Federal Reserve to sustain the dollar’s uptrend. 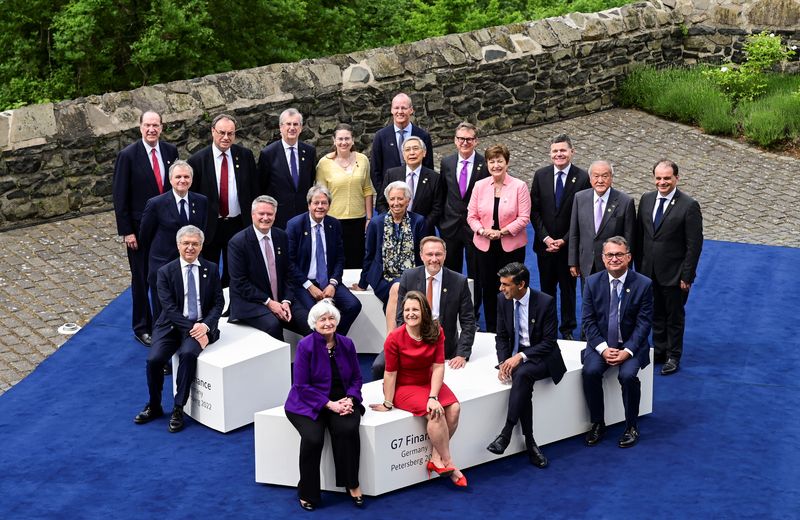