“While Ukraine is benefiting from large commitments of international financial support, helping to mitigate immediate liquidity risks, the resulting significant rise in government debt is likely to prove unsustainable over the medium term,” the ratings agency said.

The agency, which earlier kept the country’s outlook under review, revised it due to uncertainty around the evolution of the war and credit implications associated with it.

The Group of Seven’s financial leaders agreed on $9.5 billion in new aid to Ukraine on Friday and promised enough money to keep the country’s devastated economy afloat as long as it fights against Russia’s invasion.

Moody’s said it expects the military conflict in Ukraine to be more prolonged than initially assumed and forecasts the country’s real gross domestic product (GDP) to shrink by about 35% in 2022.

The agency expects the Ukrainian economy to start a recovery from 2023, but expects Russia’s invasion to cause a permanent damage to the country’s GDP.

(Reporting by Shivansh Tiwary in Bengaluru; Editing by Maju Samuel) 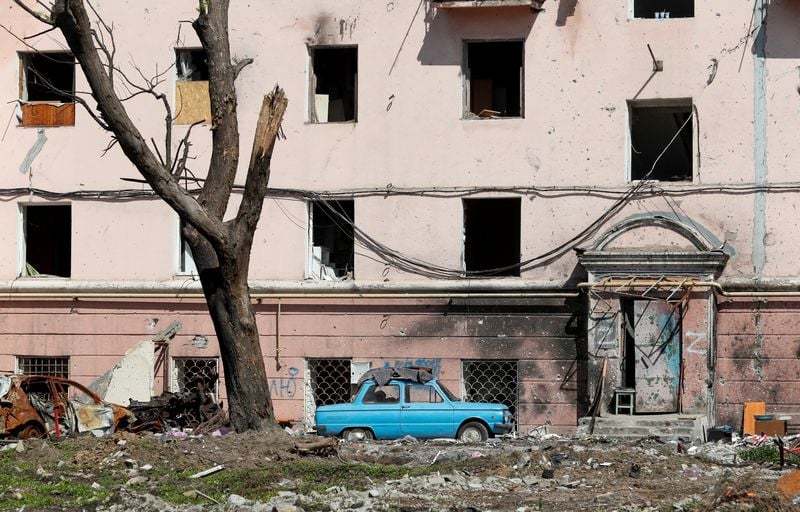