BEIJING -China’s commercial hub of Shanghai reported on Friday a broad decline in its economy last month when a city-wide COVID lockdown shut factories and kept residents at home, sparking concerns among foreign firms over their presence in the country.

Output of Shanghai’s industries, located at the heart of manufacturing in the Yangtze River Delta, shrank 61.5% in April from a year earlier, the local statistics bureau said.

That was worse than the 7.5% drop in March and was the biggest monthly decline since at least 2011.

Shanghai, where plants of companies including Tesla and Semiconductor Manufacturing International Corp are based, accounts for 30% of China’s key auto components manufacturing and 40% of its chipmaking capacity.

While Shanghai’s COVID caseload has declined, and the city of 25 million people plans to normalise life in June, analysts say the spillover impact of its lockdown is far-reaching, raising concerns about China’s role in global supply chains as many multinational companies could reassess their operational risks in China.

Even if the lockdown is lifted next month, curbs on overseas travel of its citizens and the risk of further Omicron flare-ups are stirring uncertainty, representatives from the European Chamber of Commerce in China said during a roundtable on Monday.

Shanghai’s April retail sales nosedived 48.3%, significantly steeper than the 11.1% drop nationally and the city’s largest decline since at least 2011.

That dragged down overall retail sales in the Yangtze River Delta, which plunged over 30%.

Property sales by floor area decreased 17% in January-April versus growth of 4.0% in the first three months. In April alone, sales sank 88%, according to Reuters calculations based on the four-month data. 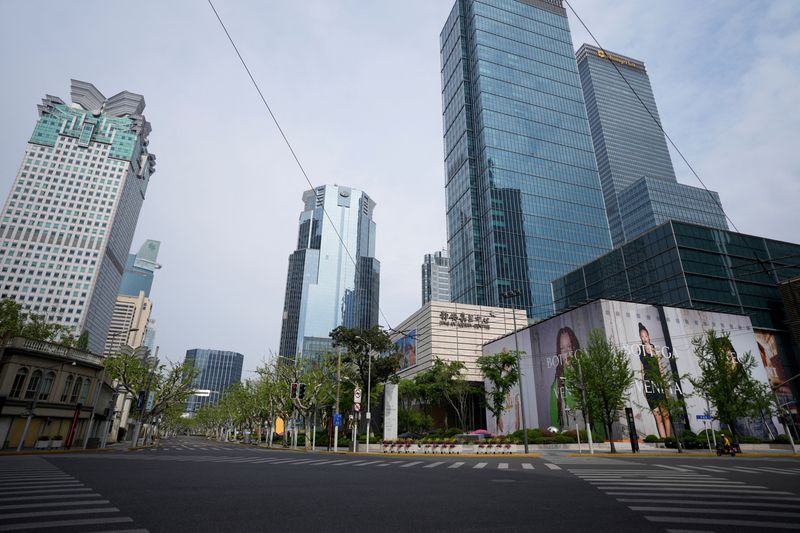