(Reuters) -Best Buy Co Inc cut its annual profit forecast on Tuesday due to lower demand for TVs and computers, making it the latest major retailer to underline the impact of 40-year high inflation on shoppers’ spending power.

The company’s shares, which fell more than 16% last week in a broader retail selloff, were up about 2%, as the electronics seller reported first-quarter sales that were not as bad as feared.

“We believe investors had anticipated the earnings miss and guidance reduction to a large degree following reports of similar struggles at other retailers,” said Jason Benowitz, senior portfolio manager at Roosevelt Investment Group.

A spike in prices for everything from toothpaste to gas is taking a toll on consumer spending, while driving companies such as Best Buy, Walmart Inc and Target Corp to report their worst earnings miss in at least five years.

Best Buy reported earnings of $1.57 per share, missing estimates of $1.61, according to Refinitiv IBES data, with the company saying it was forced to discount more than expected in some product categories to clear inventory.

Still, even with higher gas and food prices, rising interest rates, and the war in Ukraine all affecting consumer behavior, Best Buy is not currently planning for a full recession, Chief Executive Officer Corie Barry said on an analyst call.

(Reporting by Uday Sampath in Bengaluru; Editing by Anil D’Silva) 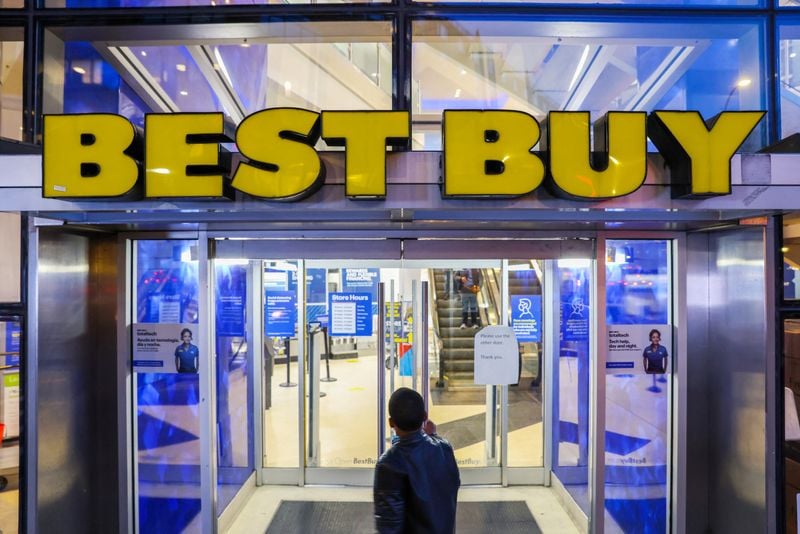