WASHINGTON (Reuters) – A joint strategic bomber exercise by Russia and China in East Asia on Tuesday shows the depth of the two countries’ alignment, a senior U.S. administration official said.

Planes from the Japanese and South Korean air force shadowed the Russian and Chinese jets for part of the exercise, Russia said.

The move marks the first joint military exercise by China and Russia since Moscow invaded Ukraine on Feb. 24, according to the U.S. official, and it comes at the tail end of U.S. President Joe Biden’s trip to the region.

“We think it shows that China continues to be willing to closely align themselves with Russia, including through military cooperation,” the official said, adding that such actions must be planned well in advance.

“China is not walking away from Russia. Instead, the exercise shows that China is ready to help Russia defend its east while Russia fights in its west,” the person said.

The senior administration official added the bomber drill indicated that Russia would stand with China on its territorial disputes with neighbors in the East and South China Sea.

It was unclear whether the drills were planned to coincide with Biden’s first trip as president to Asia, where he has visited allies South Korea and Japan, and on Tuesday joined the leaders of democratic Japan, India and Australia – collectively known as the Quad – for their second in-person summit.


Biden has stressed during the trip, intended in part to counter China’s growing influence in the region, that the United States will stand with its allies and partners to push for a free and open Indo-Pacific region.

The two countries have conducted such drills in the past, including what Russia said was their first joint long-range air patrol in the region in 2019. In August, they held large-scale military drills in China involving more than 10,000 troops.

U.S. officials say they still have no indication that Beijing has provided material support for Russia’s war in Ukraine, a move they have warned could trigger sanctions on China akin to some of the sweeping measures Washington and its allies have taken against Moscow. 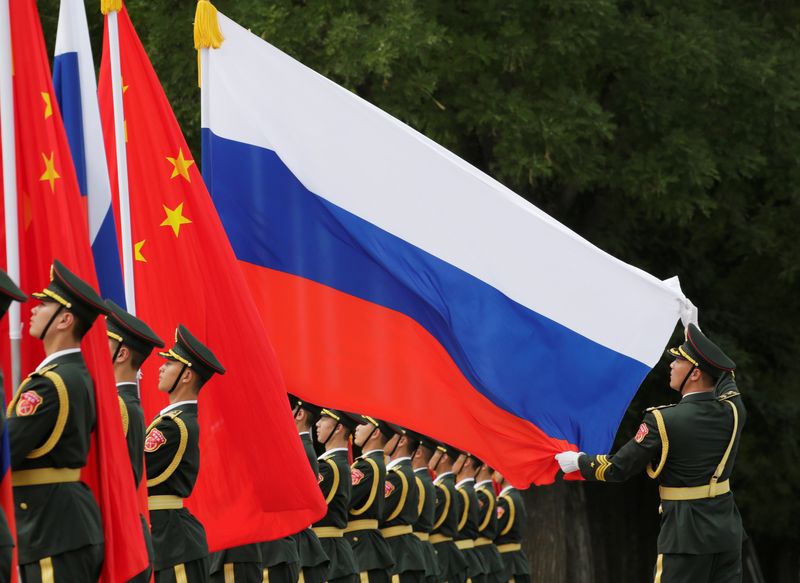