WASHINGTON (Reuters) – As the United States and its allies provide Ukraine with increasingly sophisticated arms, Washington has held discussions with Kyiv about the danger of escalation if it strikes deep inside Russia, U.S. and diplomatic officials tell Reuters.

The behind-the-scenes discussions, which are highly sensitive and have not been previously reported, do not put explicit geographic restrictions on the use of weapons supplied to Ukrainian forces. But the conversations have sought to reach a shared understanding of the risk of escalation, three U.S. officials and diplomatic sources said.

“We have concerns about escalation and yet still do not want to put geographic limits or tie their hands too much with the stuff we’re giving them,” said one of the three U.S. officials, speaking on condition of anonymity.

After initially forecasting Ukraine would be overrun by Russia’s much bigger military, American officials have recently voiced hopes that Ukrainian forces can win the war, and want to arm them to do so.

U.S. officials say the Biden administration is even considering supplying Kyiv with the M142 High Mobility Artillery Rocket System (HIMARS), which depending on the munitions can have a range of hundreds of kilometers.

But U.S. intelligence has also warned about growing risks, particularly given a mismatch between Russian President Vladimir Putin’s apparent ambitions and the performance of his military. The coming months could put the war on a “more unpredictable and potentially escalatory trajectory,” Director of National Intelligence Avril Haines told a Senate hearing this month.

The United States, by design, is not directly combating Russian forces but Pentagon commanders are in constant contact with Ukrainian leaders and have provided critical intelligence that has allowed Ukraine to target Russian troops, on land and at sea, U.S. officials have said.


A second U.S. official, also speaking on condition of anonymity, said Washington and Kyiv had a shared “understanding” about the use of certain Western-provided weapon systems.

“So far, we’ve been on the same page about the thresholds,” the official said.

Ukraine’s defence ministry did not immediately respond to a request for comment.

Russian Foreign Minister Sergei Lavrov warned the West that supplying weapons to Ukraine capable of hitting Russian territory would be “a serious step towards unacceptable escalation,” according to remarks published on the Russian foreign ministry website on Thursday.

Russia has attacked Ukraine’s capital and locations far from the front lines of fighting. But Ukraine has not reciprocated with attacks on a major Russian city or carried out strikes deep inside Russia, including on military targets such as weapons manufacturers or supply hubs far from the border.

Russian officials have repeatedly accused the Ukrainian military carrying out cross-border attacks, including on a fuel depot in the city of Belgorod. It justified its invasion of Ukraine partly on the premise that Ukraine was a threat to Russia — an idea that Kyiv and the West reject.

In what one diplomatic source said was a clear indication Kyiv understood the sensitivities of any cross-border action, Ukraine has declined to confirm any involvement in those alleged incidents. The United States also has not commented.

The U.S. sensitivities came into public view in April, when the Pentagon cited U.S. intelligence warnings about the risk of a military escalation between Russia and the NATO alliance if the United States transferred fighter jets to Ukraine.


Democratic Representative Jason Crow, who visited Ukraine in the past month and spoke with Ukrainian President Volodymyr Zelenskiy, said he was not concerned about escalation risk and that Ukraine would use the weapons being provided in the south.

Three months into the conflict, Russia is focusing its campaign in the south after a failed attempt to capture Kyiv.

“We should reiterate, as we do in all cases, that these weapons should be used responsibly,” said Crow, a veteran Army Ranger who sits on the Armed Services Committee and the House Permanent Select Committee on Intelligence in Congress.

“But I’m less concerned about the issue of escalation than making sure that Ukrainians can win now and push back the Russian forces.”

The first U.S. official said Ukraine had plenty of targets to hit inside Ukraine, and that was the goal of obtaining longer-range weaponry from Western allies.

But he acknowledged the risk for escalation and political division inside NATO should Ukraine strike deep inside Russia.

“It would spark a divisive debate inside the alliance. And, of course, the alliance doesn’t want that. And neither does Ukraine,” Lute told Reuters.

One remaining question is whether Ukraine could change its strategy if the war takes a turn for the worse, perhaps using U.S.-provided weaponry in ways not originally intended.


“There could be scenarios where the Ukrainians are backed into such a corner that they feel they have to escalate further, but we haven’t seen that yet,” the second U.S. official said. 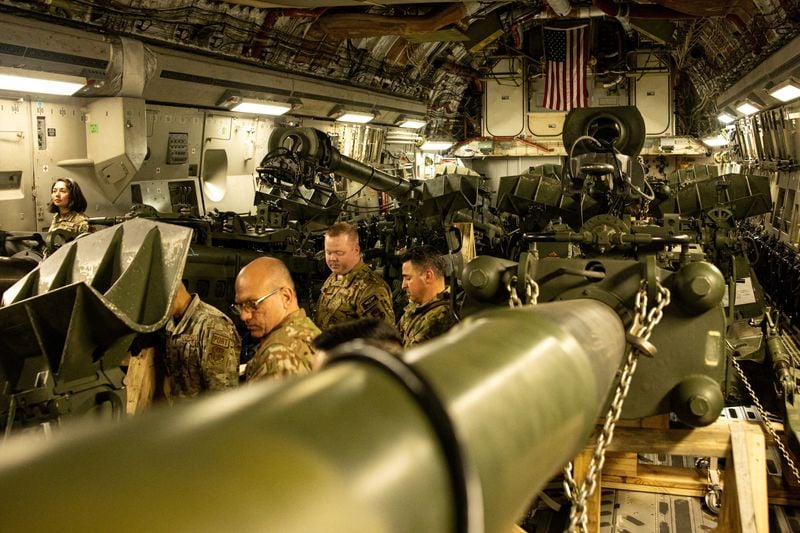 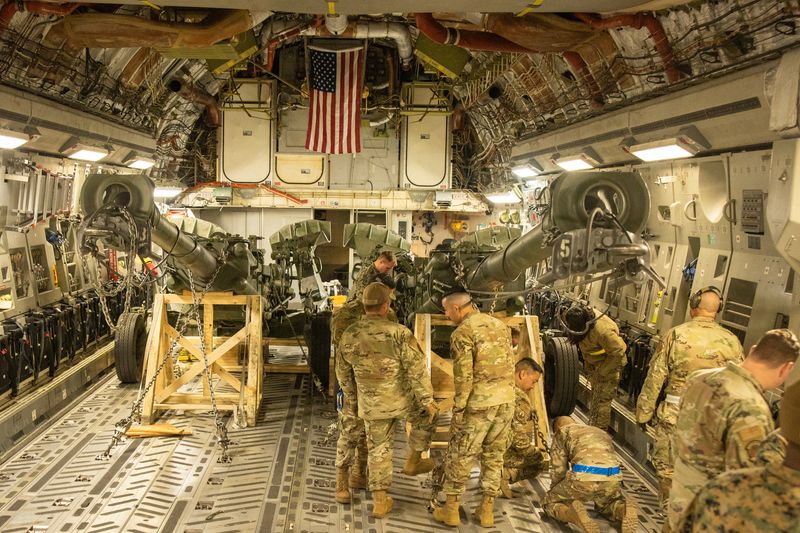