The pan-European STOXX 600 index was down -1.0%, after gaining as much as 0.4% earlier in the day. The benchmark shed 1.6% in May as surging inflation stoked worries about aggressive central bank action.

“The price action we have seen this week in stocks is very much indicative of the overall uncertainty in the markets at present,” said Stuart Cole, head macro economist at Equiti Capital.

“Yesterday’s stronger-than-expected inflation figures from the EU re-ignited fears about how high interest rates might be raised generally. The key fear is that central bank actions will inadvertently induce recessions.”

On the STOXX 600, declines were led by travel stocks and real estate.

The STOXX 600 has marked losses for all months except March this year, as investors also worried about central bank policy tightening and the fallout from the Russia-Ukraine conflict.

Investor hopes that inflation might have peaked are being challenged by oil prices, which climbed to more than $120 per barrel on Tuesday after European Union leaders agreed to a partial and phased ban on Russian oil. [O/R]

“All eyes will be on the ECB meeting in Amsterdam on Thursday 9th June where policymakers will try to reach a consensus on how fast to ‘normalise’ monetary policy,” said Andrew Kenningham, chief Europe economist at Capital Economics.

“Members of the ECB Governing Council are unanimous in believing that interest rates should be raised but divided over how quickly.”

British footwear brand Dr. Martens surged almost 20% after it forecast higher annual revenue growth, thanks to price hikes made in response to inflation and stronger sales of its shoes and boots.

Deutsche Bank’s asset manager DWS slumped 6.2% after its chief executive officer said he would step down next week, as the company faced allegations of misleading investors about “green” investments. 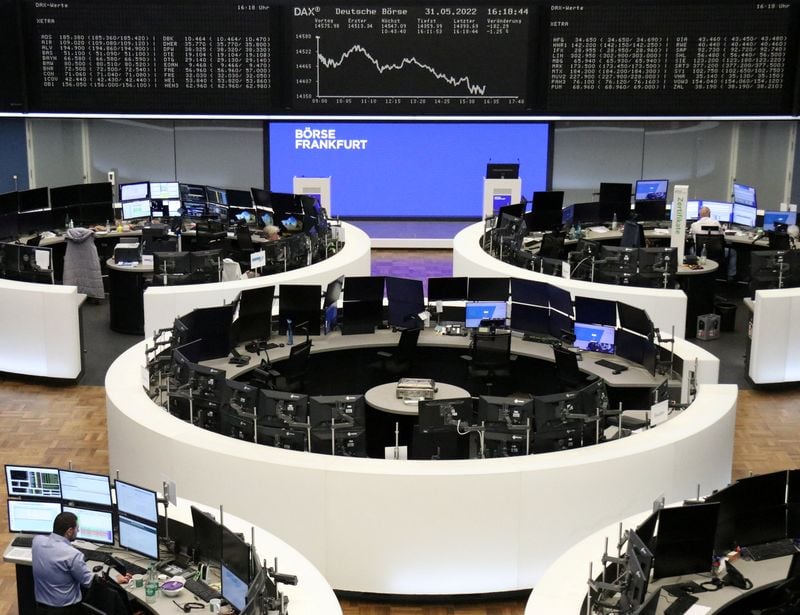