(This May 27 story corrects paragraph 30 to say that EuroChem produces roughly 5%, not roughly 10%, of world fertilizer output)

By David Gauthier-Villars and Gabriela Baczynska

ISTANBUL/BRUSSELS (Reuters) – Russian businessman Andrey Melnichenko ceded ownership of two of the world’s largest coal and fertilizers companies to his wife the day before he was sanctioned by the European Union, according to three people familiar with the matter.

Melnichenko, who built his fortune in the years following the 1991 fall of the Soviet Union, gave up his stakes in the coal producer SUEK AO and fertilizer group EuroChem Group AG on March 8, the day of his 50th birthday, leaving his wife, Aleksandra Melnichenko, the beneficial ownership of the companies, the people said.

Until March 8, Melnichenko owned the two companies through a chain of trusts and corporations stretching from Moscow and the Swiss town of Zug to Cyprus and Bermuda, according to legal filings reviewed by Reuters.

Since 2006, Melnichenko’s wife was second in line behind her husband on the list of beneficial owners of the two companies in trust documents, according to the three people, who spoke on condition of anonymity because they aren’t allowed to speak publicly about the couple’s assets. That meant that she stood to inherit ownership of the companies in the event her husband died, the people said.

When the war in Ukraine began in February, however, Melnichenko grew concerned that he would be designated under the European Union’s Russia sanctions regime, the people familiar with the matter said. On March 8, Melnichenko notified trustees of his retirement as the beneficiary, the people said. That triggered the same chain of changes in trust records that would have happened if the businessman had passed away, and made his wife the beneficiary.

Reuters was unable to reach Melnichenko and his wife for comment.


“Following the departure of its founder, the primary beneficial ownership of a trust holding a 90% stake in the global fertilizer company has automatically passed to his wife,” the company said in a statement to Reuters on Wednesday.

The role of Melnichenko’s wife at EuroChem was first reported by Swiss newspaper Tages-Anzeiger. Her role at SUEK as well as the timing of ownership changes and other details are reported here for the first time.

Melnichenko, who founded SUEK and EuroChem two decades ago, was ranked as Russia’s eighth richest man last year by Forbes, with an estimated fortune of $18 billion.

The European Union sanctioned Melnichenko, citing his alleged proximity to the Kremlin, on March 9 as part of a Western attempt to punish Russian President Vladimir Putin for the Feb. 24 invasion of Ukraine. The sanctions – which include freezing his assets, banning him from entering the European Union and prohibiting EU entities from providing funds to him – do not apply to his wife nor the couple’s daughter and son.

Britain also put Melnichenko, who is Russian but was born in Belarus and has a Ukrainian mother, on its sanction list on March 15. Switzerland imposed sanctions against him the following day.

The businessman said in a statement to Reuters in March, after the EU sanctions were imposed, that the war in Ukraine was “truly tragic” and he appealed for peace. A spokesman for Melnichenko said at that time he had “no political affiliations”.

Western governments have imposed sweeping sanctions against Russian companies and individuals in an effort to force Moscow to withdraw.

But some sanctioned Russian businessmen, including Roman Abramovich and Vladimir Yevtushenkov, have transferred assets to friends and family members, fuelling doubts over the effectiveness of these attempts to pressure Moscow.

Melnichenko, whose residence was registered in the Swiss alpine resort town of St. Moritz until he was hit by sanctions, gave his instructions to change the ownership of his companies from a retreat near Mount Kilimanjaro where he was celebrating his birthday, according to a person familiar with the matter. A Boeing 737 emblazoned with the billionaire’s signature “A” on the fuselage had landed in Tanzania on March 5, arriving from Dubai, according to flight-tracking service Flightradar24.


A lawyer for Melnichenko didn’t respond to questions about the Kilimanjaro trip.

Melnichenko’s transfer of ownership at SUEK and EuroChem had far-reaching implications.

After reviews lasting several weeks, Swiss financial authorities concluded that the two companies could continue operating normally on the grounds that Melnichenko was no longer involved with them. SUEK and EuroChem said that British and German financial regulators have reached similar conclusions.

Upon completion of the reviews in late April, SUEK and EuroChem – which had revenues last year of $9.7 billion and $10.2 billion respectively – were able to resume distribution of millions of dollars in interest payments to bondholders.

In recent weeks, SUEK and EuroChem have also approached Western clients, showing them documents with the new ownership structure in a bid to reassure them that they can continue doing business with Mr. Melnichenko’s former companies, two people familiar with the matter said.

In Switzerland, the Secretariat for Economic Affairs (SECO) said neither SUEK nor EuroChem were under sanctions in the country.

SECO said that, as far as it was aware, Melnichenko was no longer a beneficiary of the trust to which EuroChem belonged at the time of his sanction by the EU and Switzerland.


SECO also said it sought confirmation from Eurochem that it would no longer provide funds to Melnichenko.

“The company and its management have guaranteed in writing to SECO that the Swiss sanction measures will be fully complied with and in particular that no funds or economic resources will be made available to sanctioned persons,” SECO said in response to a query.

Swiss authorities have defended their decision not to extend sanctions to Melnichenko’s wife or to his former companies, pointing to the fact that EU authorities had not sanctioned them either.

“In this case, we have done exactly what the EU has done,” Switzerland’s Economy Minister Guy Parmelin told Swiss television on Wednesday.

Parmelin added that Switzerland was also wary that sanctioning EuroChem at a time when fertilizer prices have soared in most parts of the world could have dire consequences on agriculture markets. EuroChem said it produced more than 19 million metric tons of fertilizer last year – roughly equivalent to 5% of the world’s output, according to U.N. data.

The European Commission, the EU’s executive arm, said it had no information about the transfer of Melnichenko’s assets to his wife. The commission has said it is willing to close loopholes allowing individuals and companies to elude its sanctions. Earlier this week, it unveiled proposals aimed at criminalising moves to bypass sanctions, including by transferring assets to family members, across the 27-nation bloc.

Under the trust structure, control over SUEK and EuroChem is exercised by independent trustees while beneficial ownership, which was in the hands of Melnichenko until March 8, has moved to his wife.

A mathematician who once dreamt of becoming a physicist, Melnichenko dropped out of university to dive into the chaotic – and sometimes deadly – world of post-Soviet business.

He founded MDM Bank but in the 1990s was still too minor to take part in the privatizations under President Boris Yeltsin that handed the choicest assets of a former superpower to a group of businessmen who would become known as the oligarchs due to their political and economic clout.


Melnichenko then began buying up often distressed coal and fertilizer assets, making him one of Europe’s richest men.

The EU said, when it announced its sanctions, that Melnichenko “belongs to the most influential circle of Russian business people with close connections to the Russian government”.

Melnichenko was among dozens of business leaders who met with Putin on the day Russia invaded Ukraine to discuss the impact of sanctions, showing his close ties to the Kremlin, the EU said in its March 9 sanction order.

At the time, a spokesman for Melnichenko denied that the businessman belonged to Putin’s inner circle and said he would dispute the sanctions in court. On May 17, Melnichenko challenged the sanctions by lodging an appeal with the EU’s General Court, which handles complaints against European institutions, court records show.

Russia calls its actions in Ukraine a “special operation” to disarm Ukraine and protect it from fascists. Ukraine and the West say the fascist allegation is baseless and that the war is an unprovoked act of aggression.

Italy seized Melnichenko’s superyacht – the 470-foot Sailing Yacht A, which has a price tag of 530 million euros – on March 12, three days after he was placed on an EU sanctions list.

SUEK and EuroChem said on March 10, a day after the EU announced sanctions against Melnichenko and 159 other individuals tied to Russia, that their founder had resigned from his board positions at the companies. 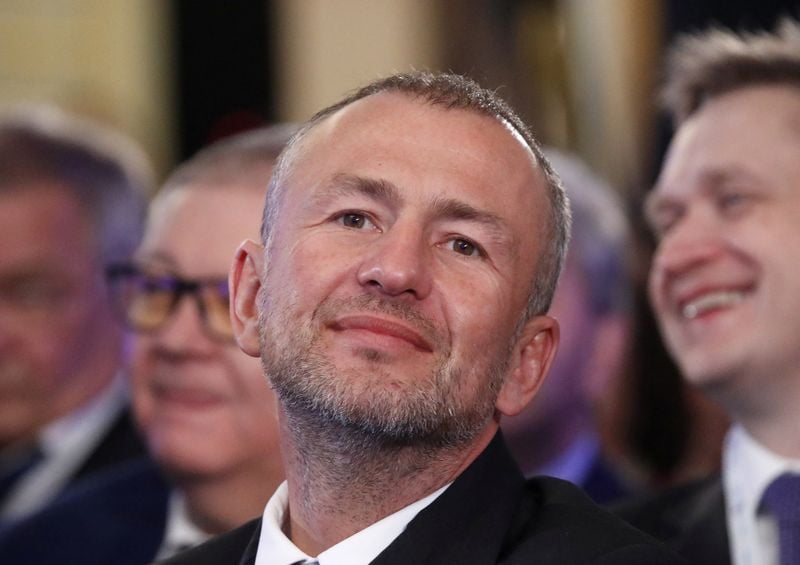 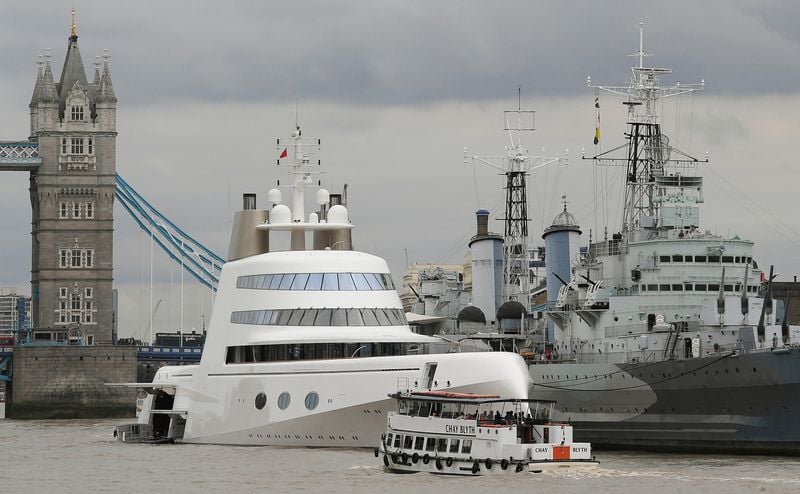