By Munsif Vengattil and Nupur Anand

NEW DELHI -India’s effort to break Amazon Inc and Walmart Inc’s dominance of its e-commerce sector, by establishing its own open network, has begun lining up banks and other key players needed to move it forward, sources familiar with the matter said.

Some of India’s biggest banks are in discussions about setting up “buyer platforms” to let their customers place orders for goods and services over the Open Network for Digital Commerce (ONDC), which the Indian government soft-launched in April, the sources told Reuters.

The success of the network, which would promise equal access to all online sellers and buyers regardless of their size, is a priority for Prime Minister Narendra Modi, who faces pressure from small businesses to act against the outsized influence of Amazon and Walmart’s Flipkart in India’s e-commerce.

Policymakers in other countries as well are looking at ways to rein in big tech companies’ dominance of online purchases.

“If you look at the seller side, anybody who can make their digital catalog visible using this common language will have access to a large pool of buyers shared across apps,” ONDC Chief Executive T. Koshy said about the network. “It is no longer controlled by one large corporation.”

Koshy said he had held talks with banks, venture capitalists and telecoms companies, but declined to name them or to comment on how far the discussions had progressed.

Indian e-commerce was worth more than $55 billion in gross merchandise value in 2021 and will grow to $350 billion by the end of this decade, according to government estimates. Amazon and Flipkart control more than 60% of that market, which now accounts for about 8% of consumer purchases in a country of 1.35 billion people.

ONDC aims to cover at least 100 cities and towns by August, with a target of signing up 900 million buyers and 1.2 million sellers in five years.

Bank of Baroda’s chief digital officer, Akhil Handa, said his bank was in talks about the project but it was too early to talk about specific use cases.

“This certainly has the potential to be the next big thing,” he said.

State Bank of India, Axis Bank, Punjab National Bank, ICICI, HDFC, Kotak Mahindra and IDFC First are among other lenders in discussions with ONDC to set up buyer platforms, three sources familiar with the matter told Reuters. They spoke on condition of anonymity because they were not authorised to speak to the media.

Kotak said it had invested in ONDC with the belief that the project would “redefine digital commerce in the country”. It did not comment on buyer platforms.

The other banks did not respond to requests for comment.

The platforms would allow the banks to drive use of their cards, loans, and other services, the sources said.

The banks and other financial institutions had already committed to a combined initial investment of 2.55 billion rupees ($32.8 million) in the ONDC project.

While the project is moving forward, however, there were doubts whether it would diminish the presence of Amazon and Flipkart.

“The network is not about every small player colluding to make a big company like Amazon irrelevant,” said Pranav Pai, managing partner at 3one4 Capital which invests in start-ups.

“Factors like loyalty and trust for Amazon’s fulfilment services will still play a part in consumer choices online.”

Amazon and Flipkart did not respond to requests for comment.

Venture capital firms Accel and Sequoia are also in talks about potentially investing in start-ups that would join ONDC, one of the sources said. Telecom firms Bharti Airtel and Vodafone Idea are in discussions on how they could utilise the network, two of the sources said.

The firms did not immediately respond to requests for comment.

(Reporting by Munsif Vengattil in New Delhi and Nupur Anand in Mumbai; Editing by Krishna N. Das and Edmund Klamann) 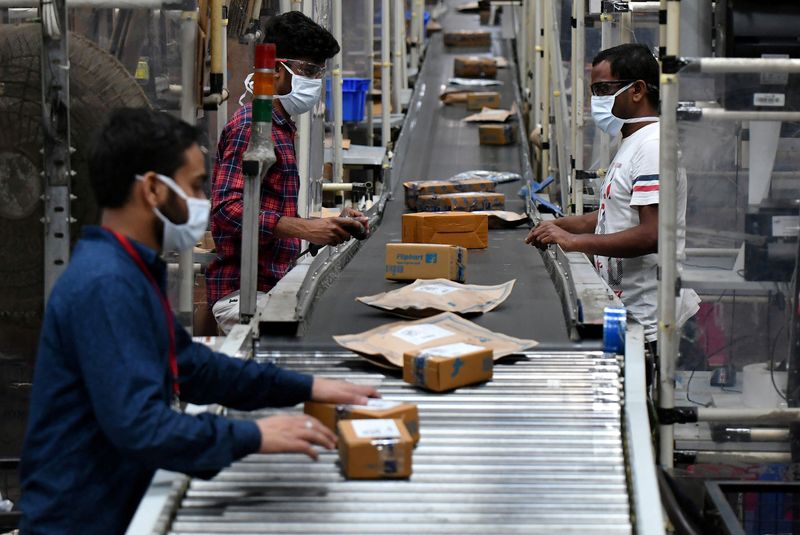