(Reuters) – North Carolina lawmakers advanced legislation on Wednesday that would prohibit classroom instruction on sexual orientation and gender identity for some public school students, a move decried by opponents as harmful to LGBTQ youth.

The “Parents’ Bill of Rights,” a broad piece of legislation that opponents say mirrors Florida’s so-called “Don’t say gay bill,” cleared the state’s Republican-led Senate and will head to the House of Representatives, which also has a Republican majority.

It could reach the desk of Governor Roy Cooper as soon as this week. Cooper, a Democrat, has spoken against the bill and is all but certain to veto it.

Advocates and civil rights groups have tracked hundreds of bills this year across state legislatures directed at lesbian, gay, bisexual and transgender people, including many that target transgender youth specifically.

Florida’s “don’t say gay” bill was signed into law in March. In April, the governor of Alabama signed a bill prohibiting classroom discussion of sexual orientation or gender identity in certain grades, and similar measures are being considered in Louisiana and Ohio.

The North Carolina measure would prohibit mention of sexual orientation or gender identity in curricula for students from kindergarten through third grade. Schools would also have to notify parents if a student requests to be addressed by a different name or pronoun.

Supporters of the Republican-sponsored measure say it would allow greater involvement of parents in their children’s education and well-being.

Those opposing the legislation warned it could result in youth being outed to their families. If enacted, critics said, it will put an unnecessary burden on teachers and create a more hostile school environment for LGBTQ children who already face marginalization and are at greater risk of suicide.

“We’re disappointed but not surprised. And we will continue to fight for the rights of LGBTQ youth,” the ACLU North Carolina chapter said on Twitter.

Shortly after senators cast their votes, opponents of the measure in the gallery erupted in chants of “We’re here, we’re queer, we’re not going anywhere.” 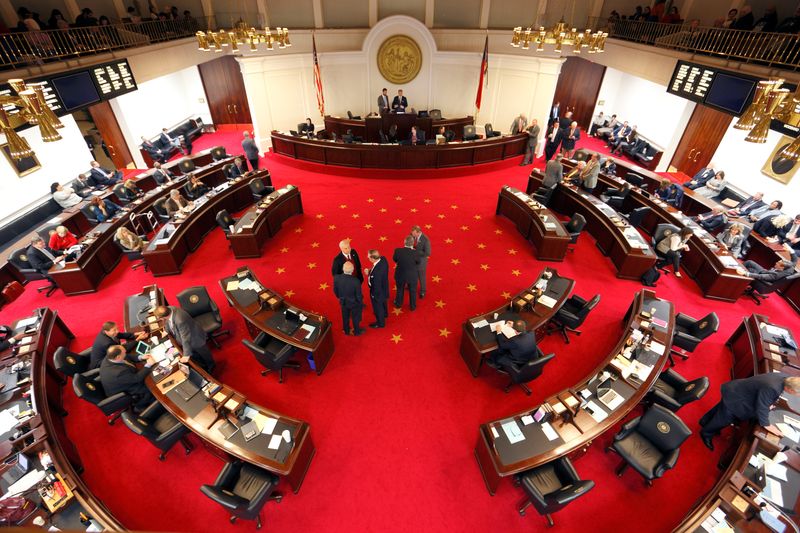