(Reuters) – Volodymyr Zelenskiy has inspired Ukrainians and won global respect and praise for his courage and defiance in resisting Russia’s devastating invasion of his country.

Refusing to leave Ukraine’s capital of Kyiv at the outbreak of the war, even as Russian bombs rained down, the former comedian rallied his compatriots in broadcasts from the capital.

Last Sunday, he went on his first trip east since the war started, visiting Ukrainian troops near the frontline in Kharkiv region.

He has also drawn standing ovations in foreign parliaments whose urgent help he has sought via videolink.

Asked about his daily regime during the war, which will enter its 100th day on Friday, he told Reuters and CNN in a joint interview in March: “I work and I sleep.”

Asked how long Ukraine could hold out, Zelenskiy said: “We do not hold out, we fight, and our nation will fight to the end. This is our home, we are protecting our land, our homes. For the sake of our children’s future.”

Wearing his trademark olive green T-shirt, often tired and unshaven but always impassioned, Zelenskiy has urged Western lawmakers to impose an embargo on Russian oil and gas and to step up arms supplies to his embattled forces on the frontline.

The West has rebuffed his appeal on no-fly zones, fearing this could lead to direct conflict with Russia and even trigger World War Three, but provided military aid – including self-propelled U.S. howitzers and advanced rockets – and economic support while imposing unprecedented sanctions on Russia.

“History is at a turning point … This is really the moment when it is decided whether brute force will rule the world,” the 44-year-old father of two told global business leaders at Davos last month, casting the war as part of a global struggle between democracy and authoritarianism.

He has accused Russia of waging a genocidal war: “This is a deliberate and criminal attempt to kill as many Ukrainians as possible, to destroy as many houses, social facilities and enterprises as possible.” Russia denies targeting civilians.

Zelenskiy has also castigated what he sees as Europe’s tardiness to sanction Russian energy imports, which help bankroll Moscow’s military campaign, and those Western politicians who urged him to make territorial concessions to end the war.

Making his first trip out of Kyiv on May 29 since the start of the war, he told soldiers in the northeast Kharkiv region: “You risk your lives for us all and for our country.”

When Russian President Vladimir Putin sent troops into Ukraine on Feb. 24 in a what it calls “special operation” to disarm and “denazify” the country, Zelenskiy, who is Jewish, responded by invoking Hitler’s invasion of the Soviet Union in 1941.

“Russia treacherously attacked our state this morning, as Nazi Germany did during World War Two,” he said in a national address. “Russia has embarked on a path of evil, but Ukraine isdefending itself and won’t give up its freedom, no matter what Moscow thinks.”

The war, while enhancing Zelenskiy’s reputation at home and abroad, has been disastrous for Ukraine, killing tens of thousands of people, reducing cities to rubble and prompting more than 6 million people to flee abroad, according to the United Nations.

SERVANT OF THE PEOPLE

Zelenskiy is an unlikely wartime leader. He shot to fame in a popular television series, “Servant of the People”, in which he played an honest school teacher who is elected president and outwits crooked lawmakers and shadowy businessmen.

Winning the presidency by a landslide in April 2019, hepledged to tackle the corruption that has blighted Ukraine’stransition from communism to democracy. But Russia has alwaysposed the biggest challenge to his aspirations to build amodern, democratic and stable European country.

His Servant of the People party won a big majority in a July 2019 parliamentary election and Zelenskiy initially sought a negotiated peace to the war against Russia-backed separatists in Donbas, ongoing since 2014.

Risking Moscow’s ire, Zelenskiy has courted Western leaders,including U.S. President Joe Biden at talks in the White Houseon Sept. 1, 2021. He has infuriated Putin with his increasingly insistent calls for NATO and the EU to admit Ukraine.

“Everyone should understand … that we are at war, that weare defending democracy in Europe and defending our country …,” Zelenskiy said in a June 2021 interview.

“Every day we prove that we are ready to be in the (NATO) alliance more than most of the countries of the European Union.”

Zelenskiy rode a wave of public discontent with Ukraine’scorrupt political elite to victory over the incumbent, Petro Poroshenko, a wealthy businessman, in 2019.

Asked by Reuters ahead of that election how he differed fromother presidential hopefuls, Zelenskiy pointed to his face,saying: “This is a new face. I have never been in politics.

“I have not deceived people. They identify with me because Iam open, I get hurt, I get angry, I get upset … If I’minexperienced in something, I’m inexperienced. If I don’t knowsomething, I honestly admit it.”

Zelenskiy was drawn unwittingly into U.S. politicsafter a phone call in which then-President Donald Trump tried toget him to investigate his Democratic rival Biden over businessdeals in Ukraine.

The Democrat-led U.S. House of Representatives impeachedTrump after an inquiry concluded he had withheld military aidfrom Ukraine in order to influence Kyiv. Trump denied wrongdoingand the Republican-controlled U.S. Senate later acquitted him. 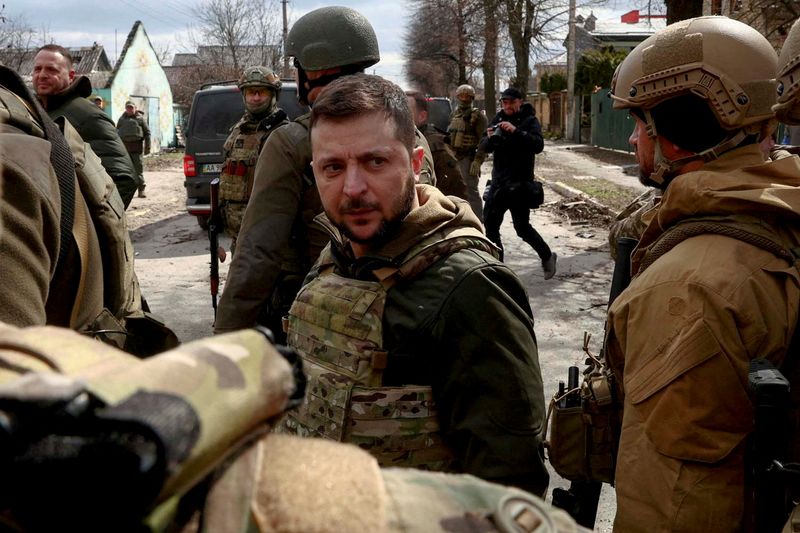 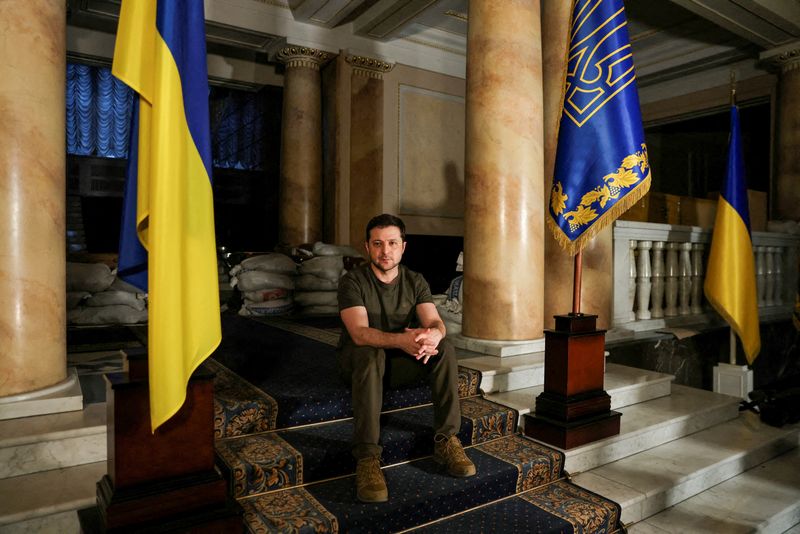 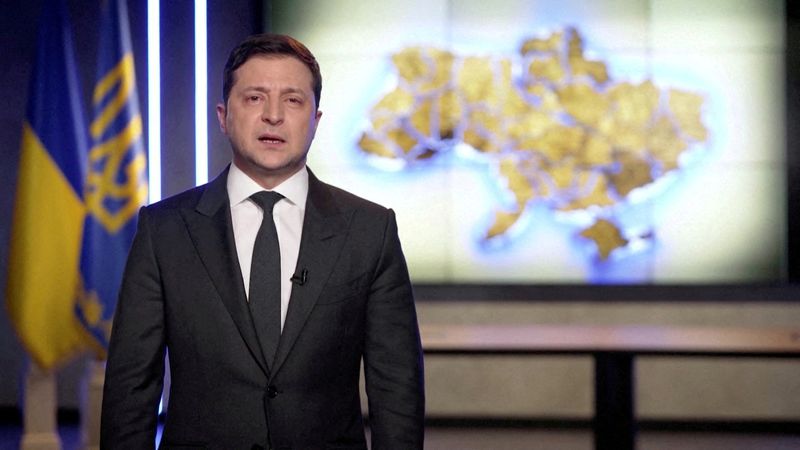 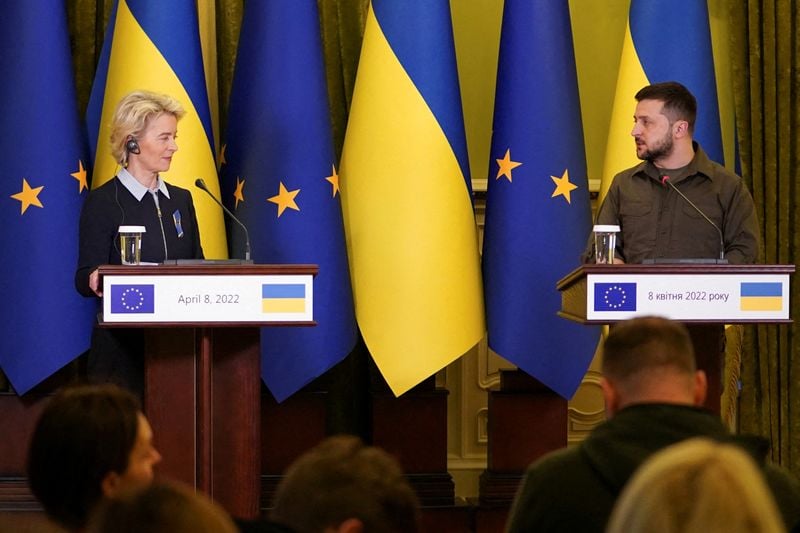 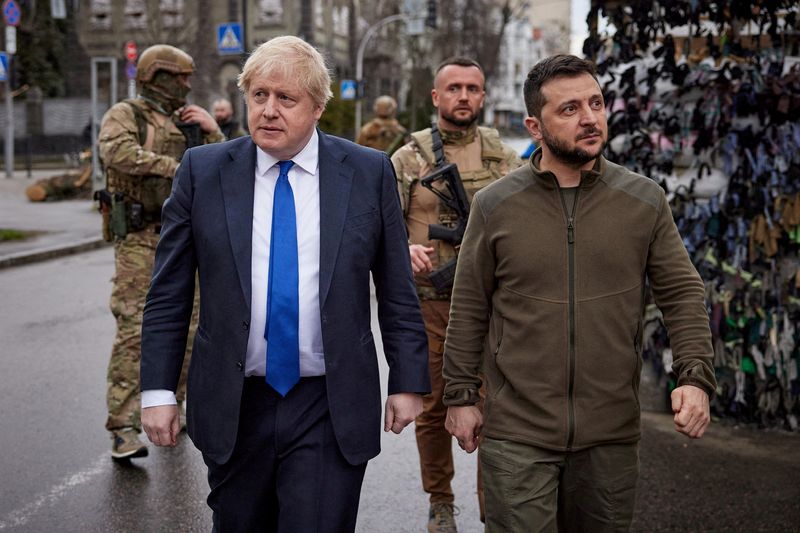