Urooj Rahman, 33, and Colinford Mattis, 34, had pleaded guilty last October to possessing a destructive device and expressed regret, but fought federal prosecutors’ effort to brand them as terrorists, more than doubling their potential sentences to 10 years.

Under revised agreements, the defendants were charged with conspiracy to commit arson and possess an explosive device, with prosecutors recommending sentences of 18 to 24 months.

They entered pleas to the new charges before U.S. District Judge Brian Cogan in Brooklyn, and said they understood they would lose their law licenses as a result of their guilty pleas.

“I wish I had made different and better choices that night,” Mattis told Cogan. Rahman also said she regretted her actions.

During May 2020 protests in Brooklyn after a white Minneapolis policeman murdered Floyd, who was Black, Rahman threw a gasoline-filled bottle through the police car’s already-broken window and fled in a minivan driven by Mattis, according to prosecutors.

They originally faced up to 45 years in prison under President Donald Trump’s administration, which emphasized tough-on-crime policies.

In a court filing last month, prosecutors said 18- to 24-month terms reflected the “nature and circumstances of the offense and the histories and personal characteristics of these defendants.”

Rahman represented tenants in the Bronx as a public interest lawyer. Mattis worked as an associate at law firm Pryor Cashman, but was furloughed in April 2020 due to the COVID-19 pandemic. The firm suspended him after his arrest.

As part of the new plea deal, they each agreed to pay $30,137 in restitution to New York City. 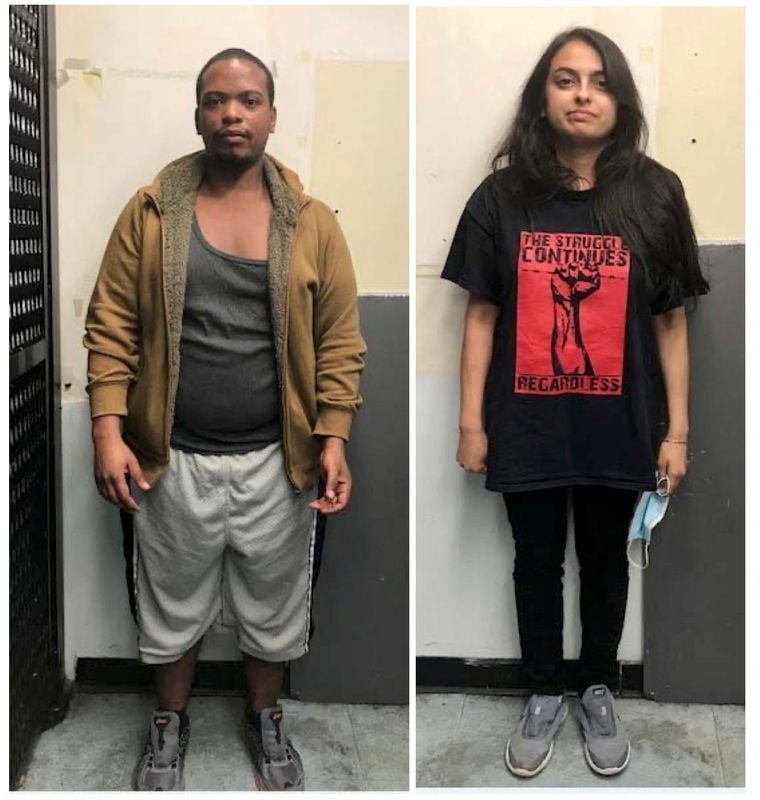