KARACHI, Pakistan – Pakistan will slash fuel subsidies for a second time in a week in a bid to control the fiscal deficit and secure International Monetary Fund (IMF) bailout money, the finance minister said on Thursday.

Pakistan and the IMF concluded negotiations last week on the resumption of the bailout programme, following which the lender stressed the need to end unfunded subsidies which were costing the cash-strapped country billions per month.

Minister Miftah Ismail said petrol and diesel prices for consumers have been increased by 17% at the pumps starting on Friday, up 30 Pakistani rupees each per litre.

According to a Pakistani source directly involved in talks in Qatar, the IMF and Islamabad had reached a deal to release over $900 million in funds once Pakistan removed the fuel subsidies.

Ismail said on Thursday there now remained a subsidy of about 9 Pakistani rupees per litre.

The price hike has been the main issue between Pakistan and the IMF to reduce the fiscal deficit before the annual budget is presented later this month.

Ousted Prime Minister Imran Khan had given the subsidy in his last days in power to cool down public sentiment in the face of double-digit inflation, a move the IMF said deviated from the terms of the 2019 deal.

Consumer Price Index inflation rose to 13.8% in May, year-on-year, the highest in two-and-a-half years. The country’s central bank said earlier this week it expected inflation to remain elevated in the wake of removing the fuel and power subsidies.

(Reporting by Gibran Peshimam in Karachi; Editing by Angus MacSwan and Matthew Lewis) 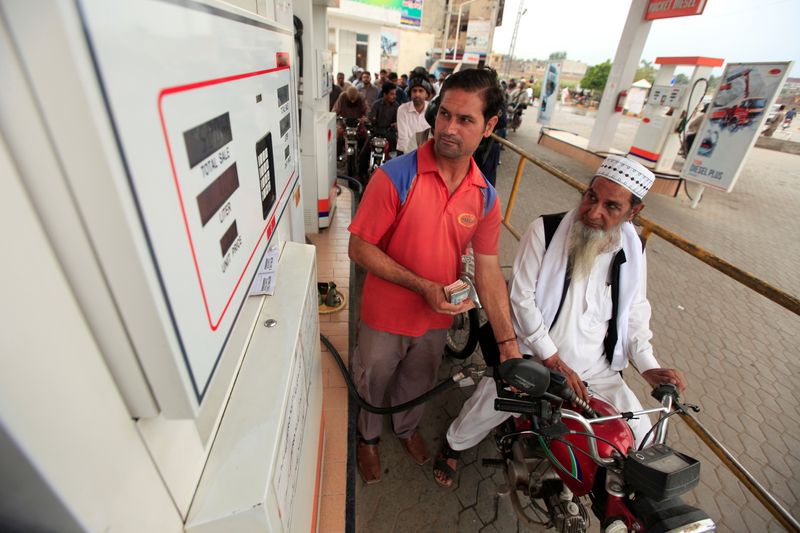