MADRID -Spain’s High Court has dropped a formal investigation into the chairman of oil company Repsol Antonio Brufau after it found no evidence of his alleged participation in a decade-old spying case, a court document showed on Thursday.

The judge was investigating whether Repsol and Caixabank hired Grupo Cenyt, a security firm belonging to former police chief Jose Manuel Villarejo, to spy on the then chairman of construction company Sacyr, Luis del Rivero, in 2011 and 2012.

Following the end of investigations into Brufau and Faine, former police chief Villarejo and two former security directors at Repsol and Caixabank are poised to face trial in several months’ time for alleged spying.

Garcia Castellon previously closed the case for the two executives and the companies in July, but a higher court reversed his decision in February. Under Spanish law, it is still possible to appeal the judge’s latest decision.

Garcia Castellon said both companies complied with the requirements set out in the law to prevent crimes and that “there is no evidence or suspicion” that Brufau or Faine knew about the hiring of Cenyt or Villarejo, the results of the alleged spying or the payments allegedly made.

Caixabank welcomed the decision and said it had adequate internal controls in place to prevent crime. Repsol referred to a statement issued in July where it welcomed the previous closure and said it was committed to full cooperation with the justice system. 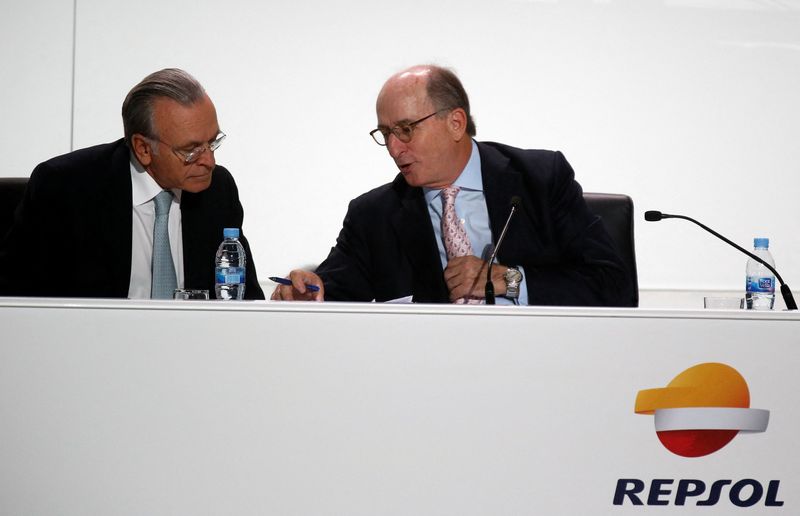