THE HAGUE – Prosecutors investigating war crimes cases in Ukraine are examining allegations of the forcible deportation of children to Russia since the invasion as they seek to build a genocide indictment, the country’s top prosecutor said in an interview.

International humanitarian law classifies the forced mass deportation of people during a conflict as a war crime. “Forcibly transfering children” in particular qualifies as genocide, the most serious of war crimes, under the 1948 Genocide Convention that outlawed the intent to destroy – in whole or in part – a national, ethnic, racial or religious group.

Prosecutor General Iryna Venediktova, who is overseeing multiple war crimes inquiries in Ukraine, said “we have more than 20 cases about forcible transfer of people” to Russia from various regions across the eastern European country since the invasion began on Feb. 24.

“From the first days of the war, we started this case about genocide,” Venediktova told Reuters. She said that, amid the chaos and destruction wrought by Russia’s assault, focusing on the removal of children offered the best way to secure the evidence needed to meet the rigorous legal definition of genocide: “That’s why this forcible transfer of children is very important for us.”

Venediktova declined to provide a number for how many victims had been forcibly transferred. However, Ukraine’s human rights ombudswoman Lyudmyla Denisova said in mid May that Russia had relocated more than 210,000 children during the conflict, part of more than 1.2 million Ukrainians who Kyiv said have been deported against their will.

A Kremlin spokesman did not respond to a request for comment on Venediktova’s remarks nor the figures on Ukrainians on Russian soil. Russia in the past has said that it is offering humanitarian aid to those wishing to flee Ukraine voluntarily.

Russia’s TASS state news agency on Monday quoted an unnamed law enforcement official as saying that “more than 1.55 million people who arrived from the territory of Ukraine and Donbas have crossed the border with the Russian Federation. Among them, more than 254,000 children.”

Russia calls its actions in Ukraine a “special operation” to disarm Ukraine and protect it from fascists. Ukraine and the West say the fascist allegation is baseless and that the war is an unprovoked act of aggression.

The Genocide Convention – a treaty adopted by the U.N. General Assembly in the wake of the Nazi Holocaust – specifies five acts that could each constitute the crime, if committed with genocidal intent: killing members of a group, causing them serious bodily or mental harm, imposing living conditions intended to destroy the group, preventing births, and forcibly transferring children out of the group.

Venediktova said the investigations to build a genocide case – covering the forced deportation of children and other acts – were targeting areas from northern Ukraine down to Mykolaiv and Kherson on the southern coast. But the gathering of evidence was being complicated by the war, she said.

Aside from genocide, other alleged war crimes are being examined in the regions of Kyiv, Kharkiv, Lviv, Sumy and Zhytomyr, the prosecutor general’s office said. Officials in Ukraine have said they are investigating the deliberate targeting of civilians and civilian infrastructure, rape, torture, and extra-judicial killings by Russian forces.

Venediktova said Ukraine had identified more than 600 Russian war crimes suspects and had already begun prosecutions against around 80 of them, a small number of whom are being held as prisoners of war. She did not say if any of them were being targeted for forced deportations.

Russia has strongly denied that its forces have committed war crimes in Ukraine and has in turn accused Ukrainian troops of atrocities, including mistreatment of prisoners of war. Kyiv has said allegations of abuse will be investigated.

The legal bar for establishing genocide is high, legal experts say, and it has only been proven in international courts for three conflicts – Bosnia, Rwanda and Cambodia – since it was cemented in humanitarian law.

However, some legal scholars have said there is mounting evidence to support a genocide case in Ukraine against Russian perpetrators, including a pattern of atrocities that can help meet the rigorous standard required to prove a specific genocidal intent.

A report this week by the Washington-based Newlines Institute for Strategy and Policy and the Montreal-based Raoul Wallenberg Centre for Human Rights, which cited more than 30 legal experts, said that the large scale forcible transfer of children to Russia or Russian-controlled areas could support a genocide case.

“They should absolutely focus on the forcible transfer of children. It’s the strongest evidence in this particular situation,” Melanie O’Brien, associate professor of the University of Western Australia and president of the international association of genocide scholars, told Reuters.

“We definitely see a risk of genocide in this situation,” she added.

A spokeswoman in Geneva for the U.N. child agency UNICEF said it had been unable to access the area near the border with Russia and had not been able to verify any reports of forced deportation of children from Ukraine.

Venediktova said Ukraine’s genocide investigation would count on the help of international war crimes experts being recruited to form mobile justice teams that will facilitate the collection of evidence. She said that any perpetrators should then be tried at the International Criminal Court, the world’s permanent war crimes tribunal.

Officials in Ukraine have said its courts will be working at full capacity to handle possibly hundreds of war crimes cases and the idea is to pass the bigger ones to the ICC. The international tribunal has experts with experience in prosecuting such complex cases and has a remit to step in when national legal systems need assistance.

Venediktova spoke after meeting in The Hague on Tuesday with the ICC Chief Prosecutor Karim Khan. Any decision on whether to proceed with a prosecution on genocide charges or other war crimes before the international tribunal would fall to Khan.

“We are aware of the allegations and the reports of deportations including children and we will make sure to the best of our ability to collect evidence that can be assessed or judged in due course,” Khan told Reuters last month.

A spokesperson for the ICC did not immediately respond to a request for comment on genocide investigations by Ukraine.

The ICC opened its own war crimes investigation in Ukraine in early March, but Khan on Tuesday declined to go into detail about which crimes his office would be examining. It has sent 42 experts, prosecutors and staff to Ukraine and plans to open an office in Kyiv, he said.

British attorney Wayne Jordash – co-lead of the Atrocity Crimes Unit, a mechanism created by the United States, Britain and the European Union in May to coordinate and provide expertise to Ukraine’s war crimes investigations – said the mobile justice teams should be ready to start their work by mid-June.

Asked about the efforts to bring a genocide case based on forced deportations, Jordash said: “The evidence that it is happening in different places is increasingly strong. The precise nature of it is not yet clear.” He did not provide further details.

War crimes in Ukraine are the focus of domestic investigations and are also being looked into by 18 nations applying so-called universal jurisdiction, which allows the most serious international offences to be prosecuted anywhere. 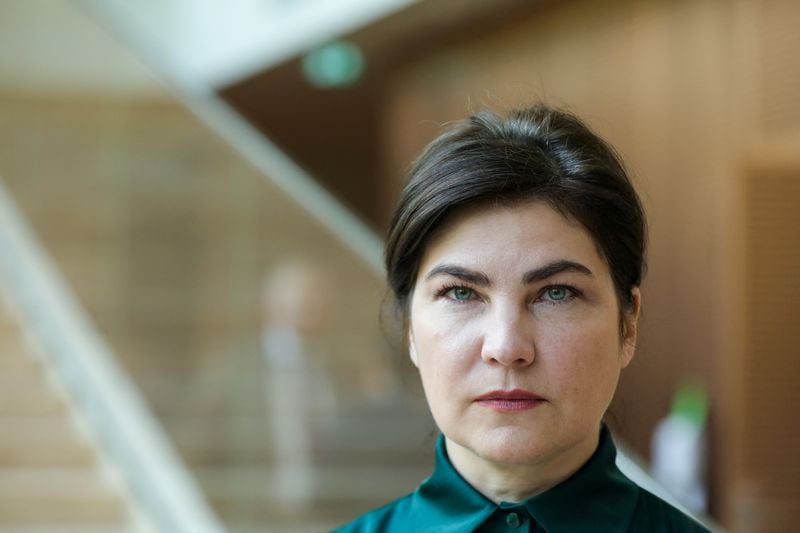 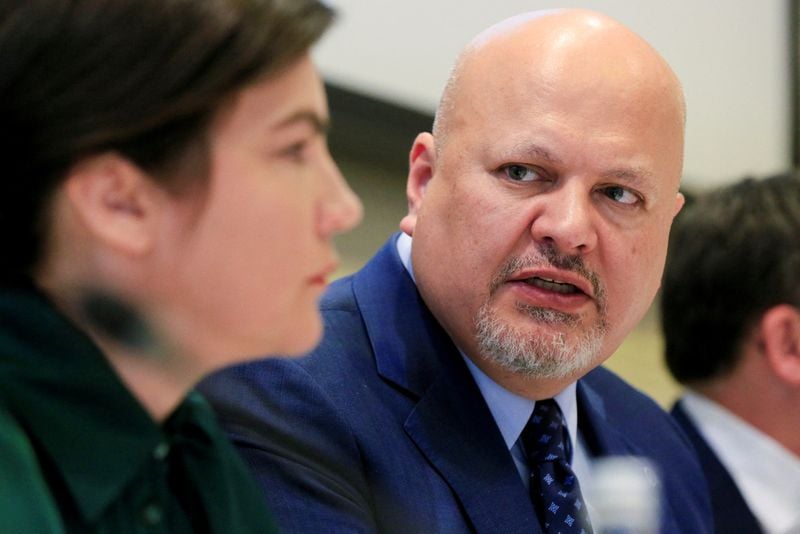 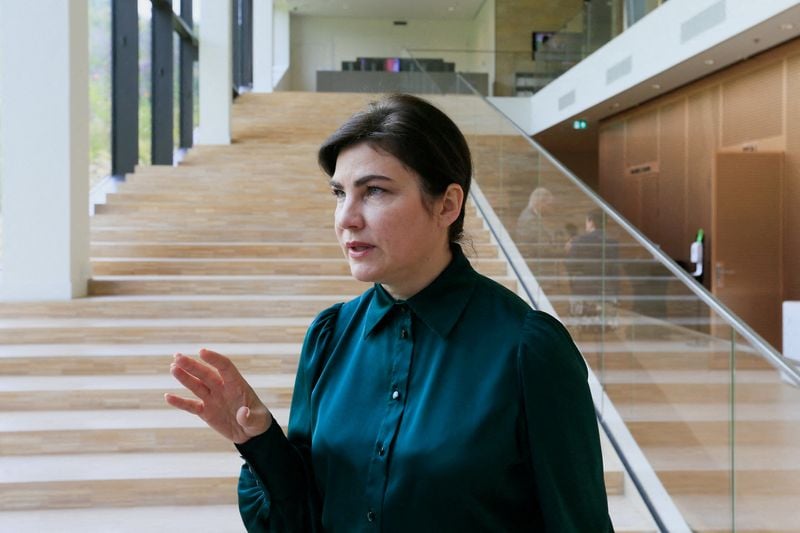