LONDON -Horse-loving Queen Elizabeth was thanked for being “in the saddle” for 70 years as head of state at a service on Friday to celebrate her Platinum Jubilee, an event she missed due to her “mobility issues”.

Other senior members of the royal family joined a congregation of politicians, charity figures and groups the queen has supported for the National Service of Thanksgiving at St Paul’s Cathedral in London to pay tribute to the sovereign’s record-breaking reign.

Four days of celebrations began on Thursday when a beaming Elizabeth waved to crowds from the balcony of Buckingham Palace after a military parade and Royal Air Force flypast. She later led the lighting of the Principal Platinum Jubilee Beacon at her Windsor Castle home near London.

The 96-year-old, who has been forced to cancel a series of engagements recently due to an “episodic mobility problem”, reluctantly pulled out of Friday’s service after experiencing “some discomfort” the previous day, the palace said.

Elizabeth, who is a devout Christian and also the titular head of the Church of England, watched the service on television at Windsor Castle.

Her son and heir Prince Charles, 73, represented her, while much attention was focused on her grandson Prince Harry and his wife Meghan, who were making their first public appearance together in Britain since stepping down from royal duties two years ago.

The couple moved to the United States to lead a more independent life, and have since delivered some stinging attacks on Buckingham Palace and the royal family. They were greeted by cheers and a few boos by fans outside, while members of the congregation strained to catch a glimpse as they walked through the cathedral.

Noting the queen’s well-known love of horse-racing, Archbishop of York Stephen Cottrell said in his sermon that her reign reflected the distance of the Grand National, the famous, gruelling steeplechase, rather than the Epsom Derby sprint.

“But with endurance through times of change and challenge, joy and sorrow, you continue to offer yourself in the service of our country and the Commonwealth,” he said.

“Your Majesty, we are sorry that you’re not here with us this morning, but we are so glad that you are still in the saddle. And we are glad that there is still more to come. So thank you for staying the course.”

Buckingham Palace later confirmed the queen would also miss Saturday’s 243rd Epsom Derby, which she normally attends and which together with a pop concert outside Buckingham Palace will be the focal point of the third day of Jubilee celebrations.

As with the service, she will watch the Derby on television.

Also absent from Friday’s service was her second son, Prince Andrew, 62, who has tested positive for COVID-19.

That spared the royals some awkwardness, with Andrew’s reputation shattered after he settled a U.S. lawsuit in February in which he had been accused of sexually abusing a woman when she was underage, claims he denied.

Prime Minister Boris Johnson, who delivered a reading, was also met by a mixture of cheers and boos from the crowd outside the cathedral, reflecting recent public anger over his conduct in office.

Yvonne Thomas, who had travelled from east London, said she loved the queen but felt Harry and Meghan had been disrespectful towards the monarch with their criticism of the institution. “I think they should be more supportive towards her,” she said.

Others in the crowd were delighted to see the couple return, along with the rest of the family. “While I am disappointed the queen is not here today, she deserves a day off,” said Akachi Okoro, 45, who had travelled from Scotland.

After the service, the Lord Mayor of the City of London hosted a reception at the medieval Guildhall that was attended by most of the senior royals, Johnson and his ministers.

Thursday marked not only the start of the Jubilee, but also the 69th anniversary of the coronation of Elizabeth, who became queen on the death of her father George VI in February 1952 and is head of state of 14 other countries including Australia, Canada and New Zealand.

She has now been on the throne for longer than any of her predecessors in 1,000 years, and is the third-longest reigning monarch ever of a sovereign state. Opinion polls show she remains hugely popular and respected among British people.

Tributes have poured in from across the globe, with North Korean leader Kim Jong Un adding his own congratulations to those from the likes of U.S. President Joe Biden and Pope Francis. 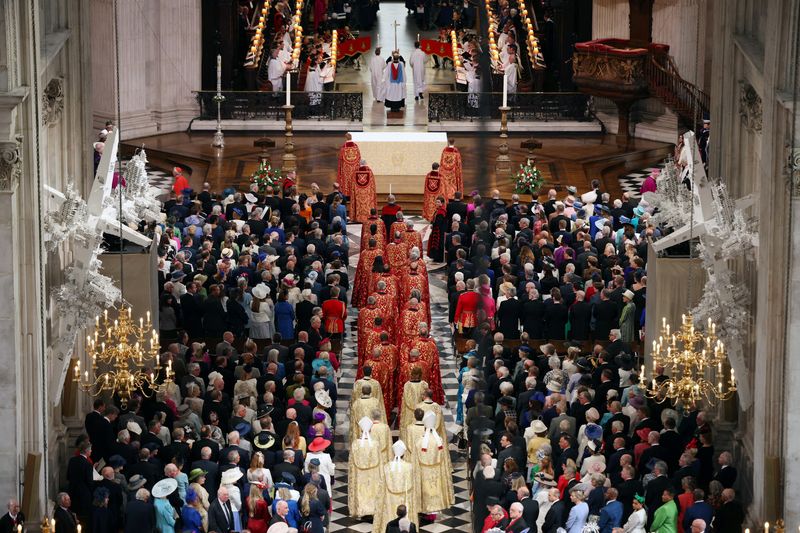 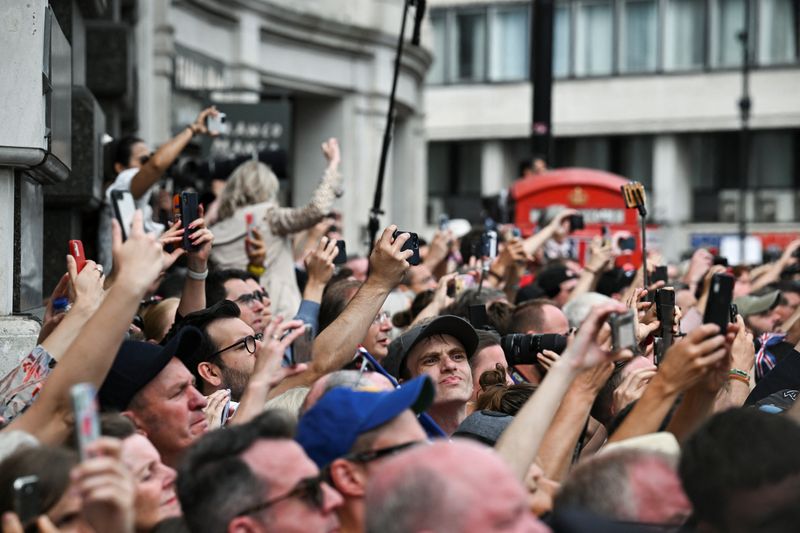 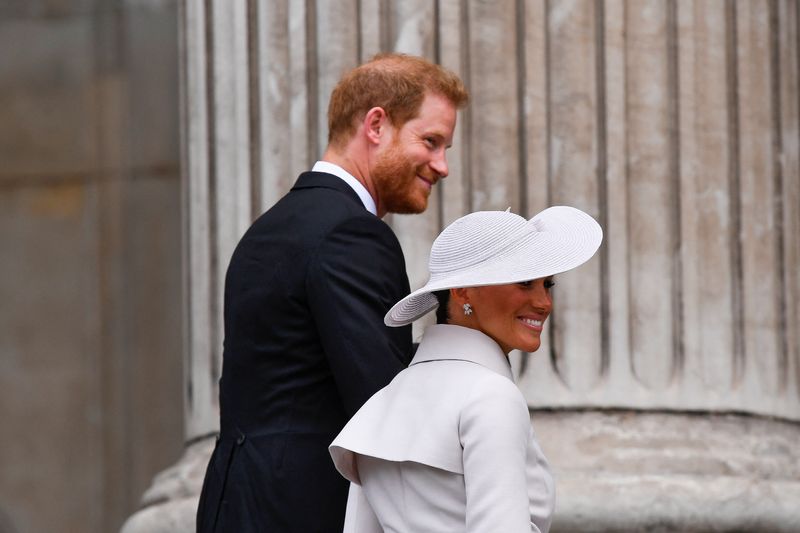 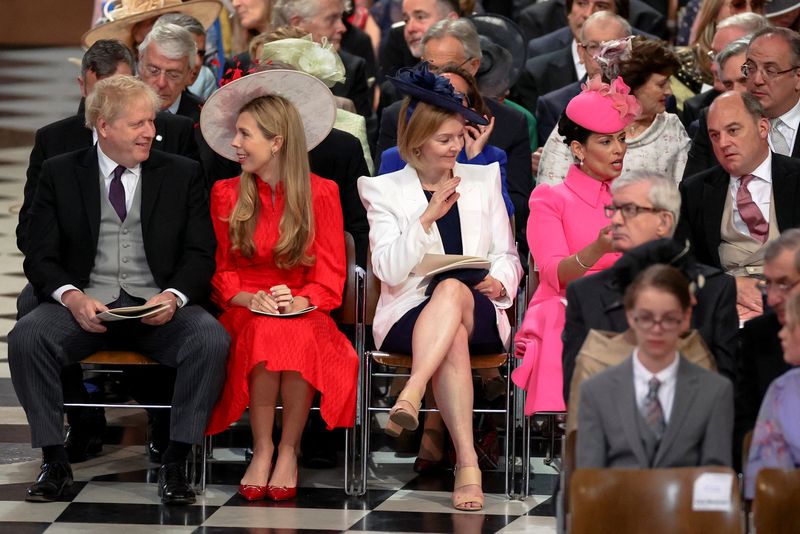 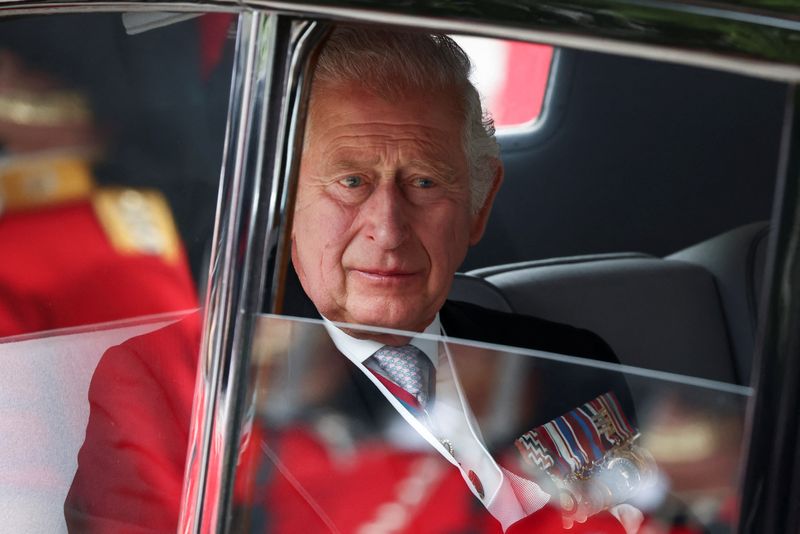 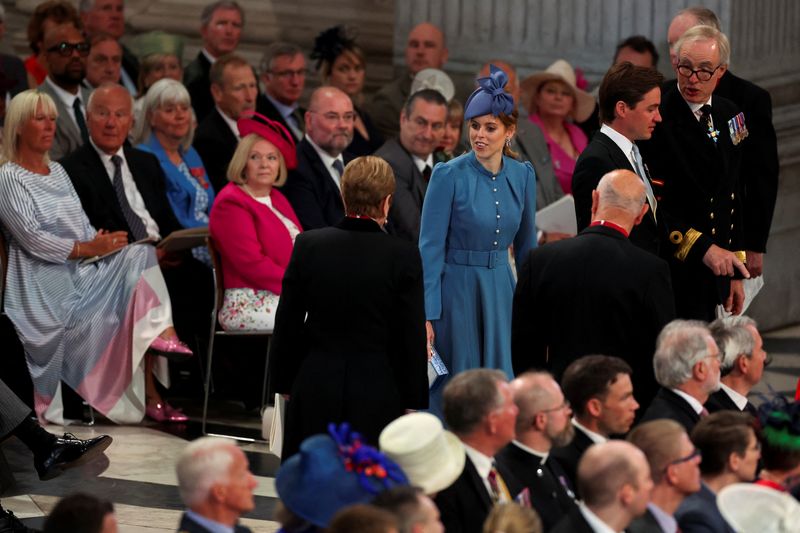 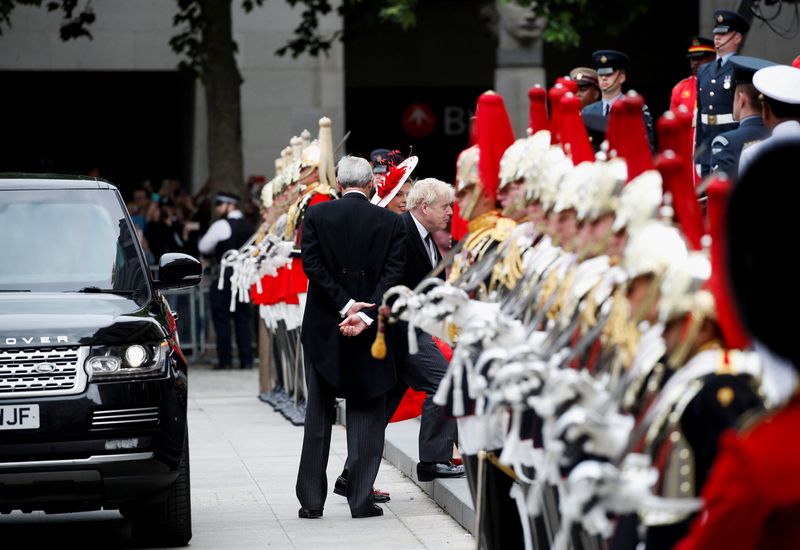 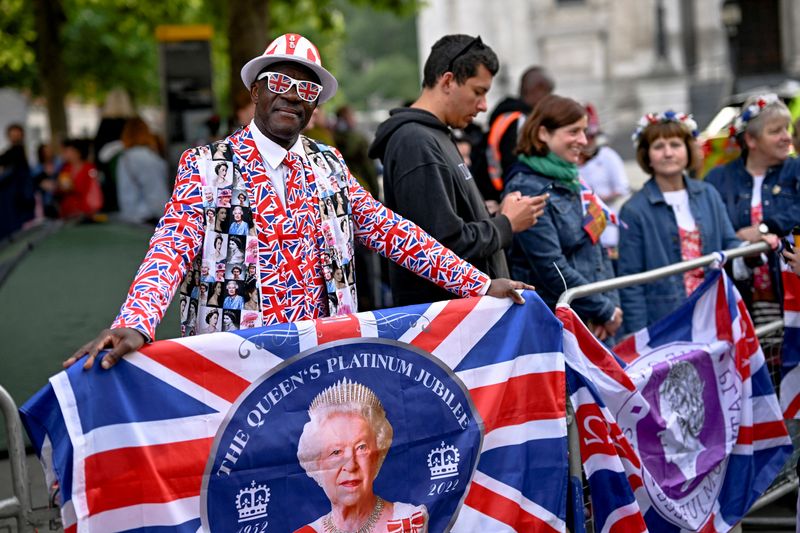 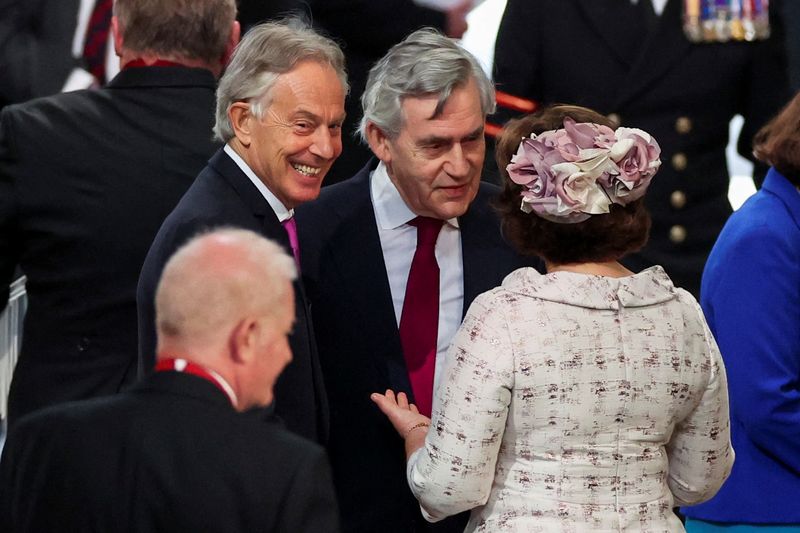 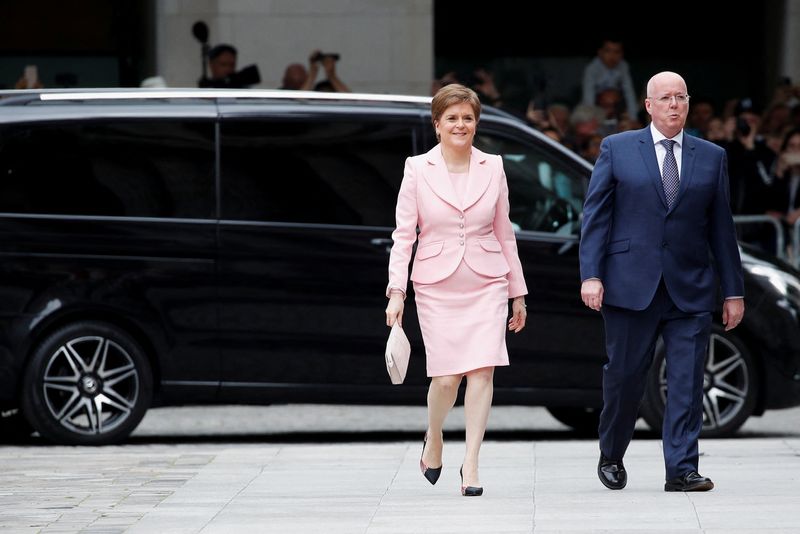 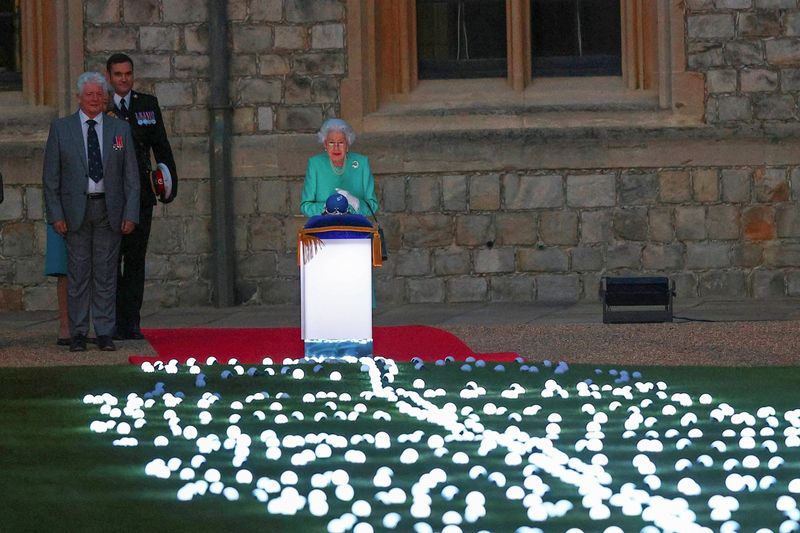