WASHINGTON – The Democratic-led U.S. House of Representative Select Committee probing the Jan. 6, 2021, attack on the Capitol has been doing its work for almost a year, interviewing witnesses and amassing documents ahead of public hearings set to start on June 9.

Here are some facts about the investigation:

Thousands of supporters of Donald Trump attacked the building in a bid to stop formal certification of the Republican president’s election defeat, causing millions of dollars in damage. Four people died on the day of the attack, and one Capitol Police officer who fought against the rioters died the next day. Four officers have since taken their own lives and 140 others were injured.

The panel’s two Republicans, Representatives Liz Cheney – the vice chairperson – and Adam Kinzinger, were censured by the Republican National Committee for their participation.

The RNC had never before censured any sitting congressional Republican.

The committee and its dozens of investigators have conducted more than 1,000 depositions and interviews. Most people who are interviewed have not been identified, but those known to have appeared are Trump’s daughter and close adviser Ivanka Trump, her husband, Jared Kushner, and attorney Rudy Giuliani.

To compel testimony and obtain documents, the committee announced it had issued 99 subpoenas and is known to have issued more that have not been made public.

Some of the most notable known subpoenas have been sent to Mark Meadows, a former congressman who served as a Trump White House chief of staff; Stephen Bannon, a former Trump advisor; Roger Stone, a long-time Republican operative; Trump’s son Eric; major social media firms; and leaders of the far-right Proud Boys and Oath Keepers groups that have backed Trump.

It has amassed a trove of more than 140,000 documents and has followed up on 472 tips from its tipline.

The House has voted, largely along party lines, to recommend contempt of Congress charges for four Trump associates for refusing to cooperate. Trump has urged former aides to disregard committee subpoenas.

The House recommendation referred the four cases – Bannon, Meadows and former top Trump administration aides Peter Navarro and Daniel Scavino – to the Department of Justice for a decision on whether to press criminal charges, which bear a penalty of up to a year’s imprisonment and a fine up to $100,000.

Justice recommended charges for Bannon in a case set to go to trial in July, as well as for Navarro. It did not charge Meadows or Scavino.

The committee also recommended charges for a fifth person, Jeffrey Clark, who was a senior Justice Department official during the Trump administration. The full House never voted on the charges after Clark agreed to a deposition.

Nearly 850 people have been arrested for crimes related to the breach of the Capitol, including more than 250 charged with assaulting or impeding law enforcement.

Nearly 300 people have pleaded guilty to a variety of federal charges. 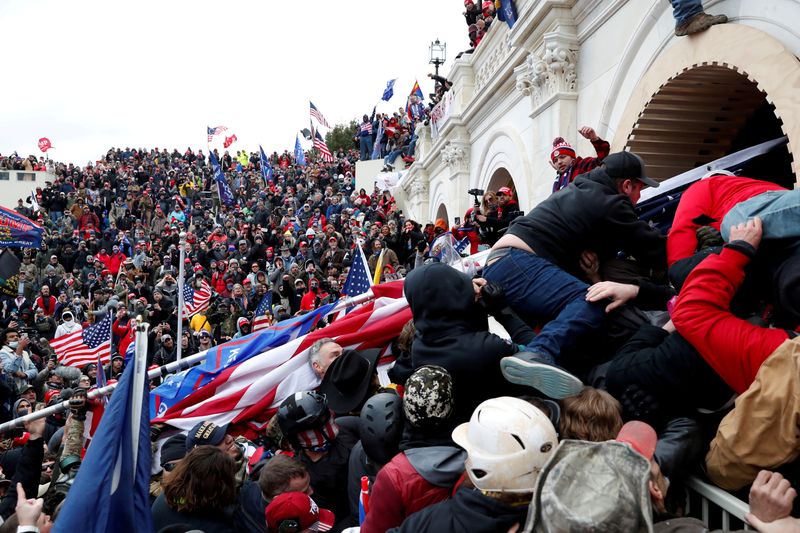