LONDON – British shoppers facing a surge in inflation cut their spending in May by the most since the country was in a coronavirus lockdown in early 2021, according to a survey published on Tuesday.

The British Retail Consortium (BRC) said total retail spending was 1.1% lower than a year earlier, the biggest fall since January last year and representing an acceleration from April’s 0.3% decline.

Furniture, electronics and other expensive goods were hit hardest but fashion and beauty sales rose as people prepared for holidays and the summer, Dickinson said.

The BRC said its ‘like-for-like’ retail sales measure, covering only outlets open in May 2021, showed a 1.5% annual fall in spending after a 1.7% contraction in April.

The figures are not adjusted for inflation – which hit 9.0% in April – which means the fall in volumes of goods purchased will have been much greater than the drop in money spent.

Data from Barclaycard, covering a broader range of spending, showed spending in May was up 9.3% from a year earlier, reflecting the rising cost of living and a bounce for travel and hospitality which were affected by restrictions last year.

Spending on essential items rose by 4.8%, pushed up by a nearly 25% leap for petrol and diesel which have soared in price. In response, consumers cut back on spending on digital content and subscriptions by nearly 6%.

Echoing the BRC data, Barclaycard said spending on furniture fell by 3.1% in May from April.

Spending at restaurants and pubs and bars fell by about 6% and 1% respectively during the month.

“Despite this, there are some encouraging signs, particularly in the travel industry as Brits’ appetite for going abroad continues to grow as we approach the summer holidays.”

Spending on travel almost tripled from May last year when many international restrictions were in place and travel agents reported a 24% increase in May from April. 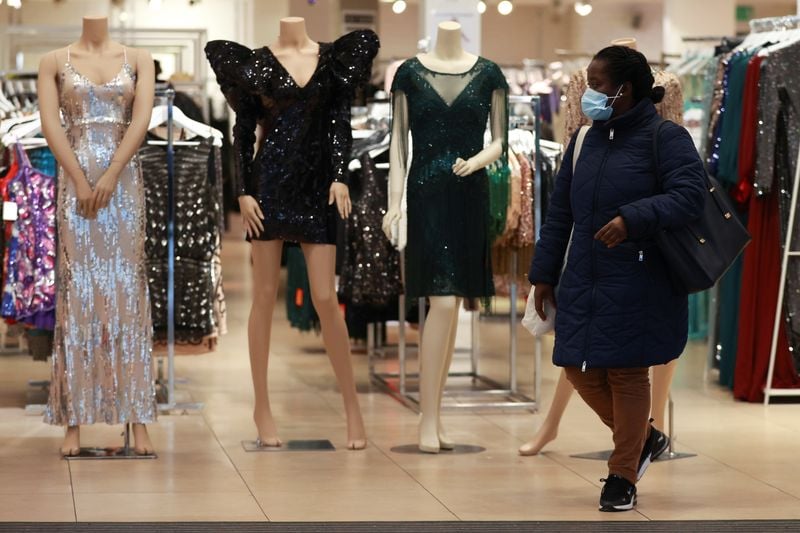