WASHINGTON -World Bank President David Malpass on Tuesday defended the bank’s work on climate change and said U.S. Treasury officials had been “overwhelmingly supportive” of the bank and its staff in public and private in recent months.

Malpass pushed back against a weekend report in the Financial Times which said the World Bank leadership was under fire from the Biden administration to step up its climate change efforts, saying the article relied on outdated information.

“It’s based on a letter sent to the World Bank by a U.S. Treasury assistant secretary, but it was sent in March, so it’s really old news. And since then, Treasury officials have been overwhelmingly supportive of the World Bank and bank staff, both in public and in private,” he told reporters.

Malpass made the unprompted remarks during a news conference about the bank’s new global economic forecast, expressing his frustration about the FT article and saying it “doesn’t make sense.”

He said the World Bank’s climate spending has grown rapidly and was now at a record level.

Malpass, who was appointed by former President Donald Trump, has held the role for just three years of the five-year term. He and the bank have faced criticism from climate activists for not doing enough to address climate change.

A Treasury official said the United States, the largest shareholder of the World Bank, appreciated the steps the bank took in 2021 to advance climate ambitions, including the release of its climate action plan, but was looking for more progress in 2022.

“While the World Bank and MDBs (multilateral development banks) have made substantive progress on meeting Secretary (Janet) Yellen’s requests, Treasury has continued to make clear that specific gaps and room for increased climate ambition exist,” the official said.

“We will stay vigilant in both monitoring progress and working with MDBs to increase their climate ambitions and impact.” 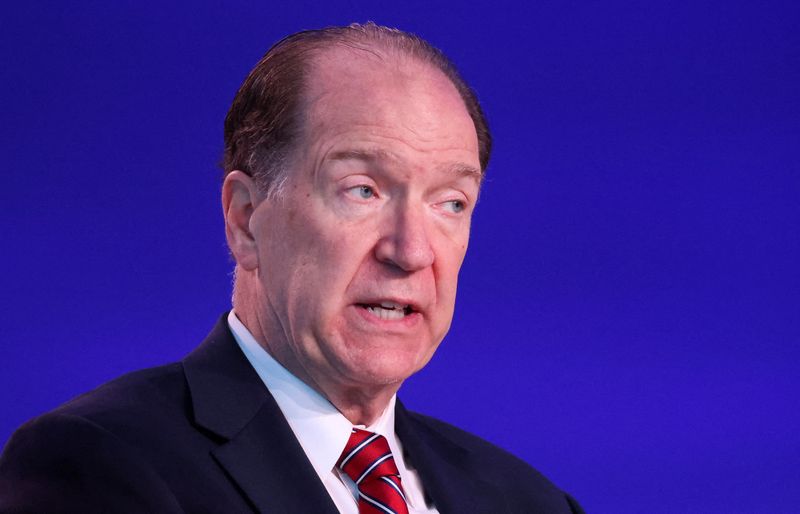