NEW YORK -New York City police arrested a man on Tuesday suspected of pushing a woman onto the tracks at a Bronx subway station over the weekend, the latest in a string of violent crimes on one of the world’s largest transit systems.

Police said they had arrested Theodore Ellis, a 30-year-old Bronx resident, after receiving a tip. The New York Police Department had shared video of the incident showing a man walking up behind a woman, wrapping his arms around her and tossing her over the platform onto the southbound tracks on Sunday afternoon at the Jackson Avenue station.

The woman was hospitalized in stable condition, a police spokesperson said. Local media reported that bystanders helped the woman off the tracks before a train arrived and that she suffered a broken collarbone and cuts.

A $3,500 reward was offered for information leading to the arrest of the attacker.

Police arrested Ellis on charges of assault and reckless endangerment. Ellis could not be reached for comment, and it was not clear if he had a lawyer.

There are more than 3 million rides each weekday on the city’s subway, where serious crime remains rare, although numbers have been on the rise this year. There were 743 felonies on the subway by the end of April compared to 452 for the same period last year.

Earlier this year, New York Governor Kathy Hochul and Mayor Eric Adams vowed to increase police patrols and expand outreach to people with mental illness after an unusual number of passengers were pushed onto the subway tracks.

In April, a man shot at passengers inside a subway car in Brooklyn, leaving 10 people with bullet wounds. Frank James was taken into custody some 30 hours later in lower Manhattan and pleaded not guilty to federal terrorism charges.

(Reporting by Brendan O’Brien in Chicago and Jonathan Allen in New York;Editing by Jonathan Oatis and Lisa Shumaker) 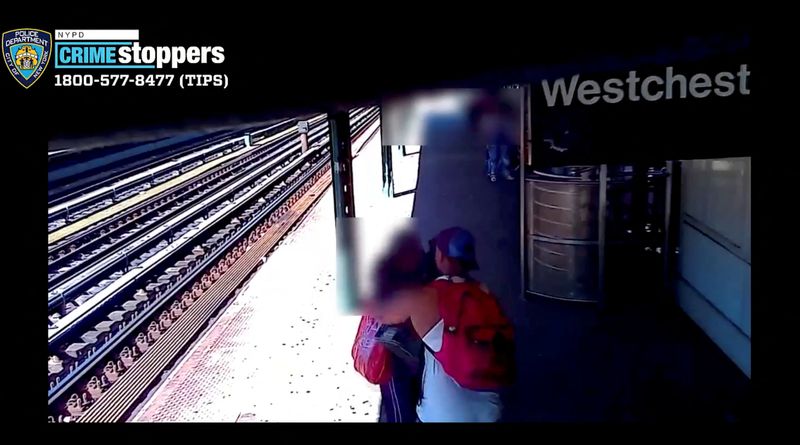 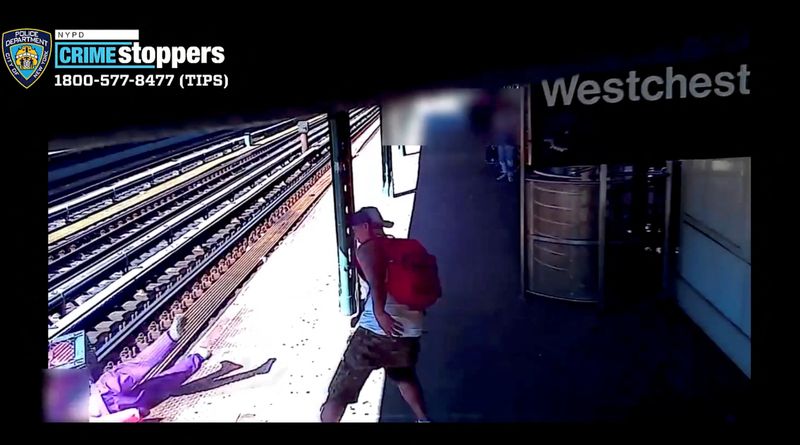