(Reuters) – Spirit Airlines Inc has delayed to June 30 a shareholder meeting to vote on its proposed merger with Frontier Group Holdings Inc.

The airline was originally set to vote on the deal on June 10 and the change comes two days after JetBlue Airways Corp improved its buyout offer for Spirit.

Below are the key events in the takeover saga:

Feb. 7 Frontier makes a cash-and-stock offer of $25.83/share for Spirit

merger to create the fifth-largest airline in the country would

April 6 JetBlue mounts a vigorous defense of its unsolicited $3.6 billion

bid for Spirit, adding that it is “highly confident” of securing

its $3.6-billion offer as it could likely lead to a “superior

proposal” to the one from Frontier

May 2 Spirit rejects JetBlue’s $33/share offer, saying it had a low

merger in the ultra-low-cost airline sector

vote on its proposed merger with Frontier

it was ready to “negotiate in good faith a consensual transaction

JetBlue, saying it was “a cynical attempt to disrupt” its merger

saying it was the “best available” at this time.

June 6 JetBlue sweetens its takeover bid for Spirit by offering $31.50 per

prepayment of $1.50 per share of the reverse break-up fee.

its proposed merger with Frontier. 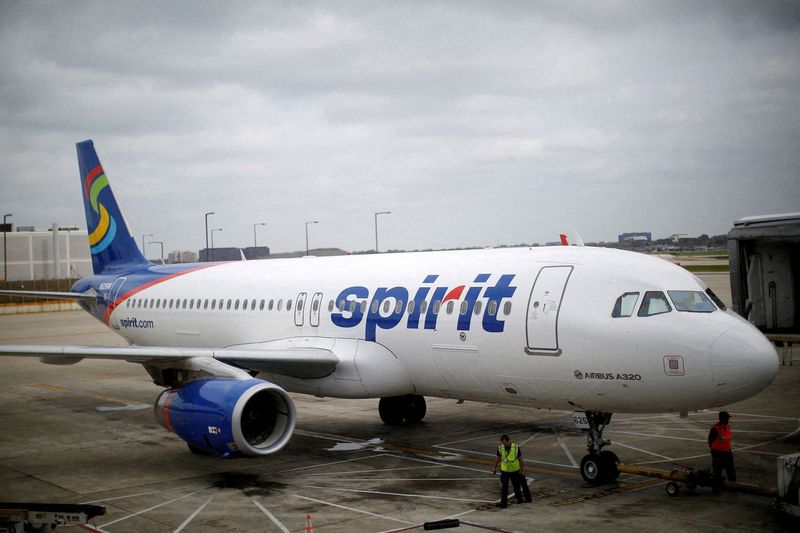