In a filing in Brooklyn federal court, prosecutors said Kelly exploited his stardom and wealth over a quarter century to lure women and underage girls for sex, demonstrating a “callous disregard” for his victims and showing no remorse.

“Indeed, the defendant’s decades of crime appear to have been fueled by narcissism and a belief that his musical talent absolved him of any need to conform his conduct – no matter how predatory, harmful, humiliating or abusive to others – to the strictures of the law,” prosecutors said.

Kelly, 55, who has been jailed since 2019, remains a “serious danger” to the public, justifying keeping him behind bars until well into his 70s, prosecutors added.

Jennifer Bonjean, a lawyer for Kelly, has said he should spend fewer than 14 years in prison, and will in a filing next Monday explain why his “history and characteristics” justify a shorter sentence.

He is among the most prominent people convicted of sexual misbehavior during the #MeToo movement against such conduct by prominent men.

Kelly’s 5-1/2 week trial amplified accusations that had dogged him since the early 2000s.

Testimony from 45 government witnesses, including several of Kelly’s abuse victims, portrayed in often graphic detail an unseemly side to a music career highlighted by the 1996 Grammy-winning smash “I Believe I Can Fly.”

Witnesses said Kelly would demand that his victims strictly obey rules such as needing his permission to eat or go to the bathroom, calling him “Daddy,” and writing “apology letters” that purported to absolve him of wrongdoing.

“The defendant severely physically and psychologically scarred all of his victims repeatedly and consistently,” prosecutors said. “The government has little doubt that if afforded an opportunity to offend again, the defendant would.”

Much of the case turned on accusations related to six women.

They included the singer Aaliyah, who prosecutors said Kelly fraudulently married when she was 15 to conceal abuse from when she was 12 or 13. Aaliyah died in 2001.

Jurors needed a little over a day to convict Kelly last Sept. 27 on all nine counts he faced.

The charges included racketeering and eight counts of violating the Mann Act, which prohibits transporting people across state lines for prostitution.

Many of Kelly’s accusers were Black, differentiating his conviction from those of comedian Bill Cosby and movie producer Harvey Weinstein since #MeToo began in 2017. Cosby’s conviction was overturned last June.

Kelly has repeatedly denied sexual abuse accusations. He also faces federal charges in Chicago on child pornography and obstruction, and state charges in Illinois and Minnesota. 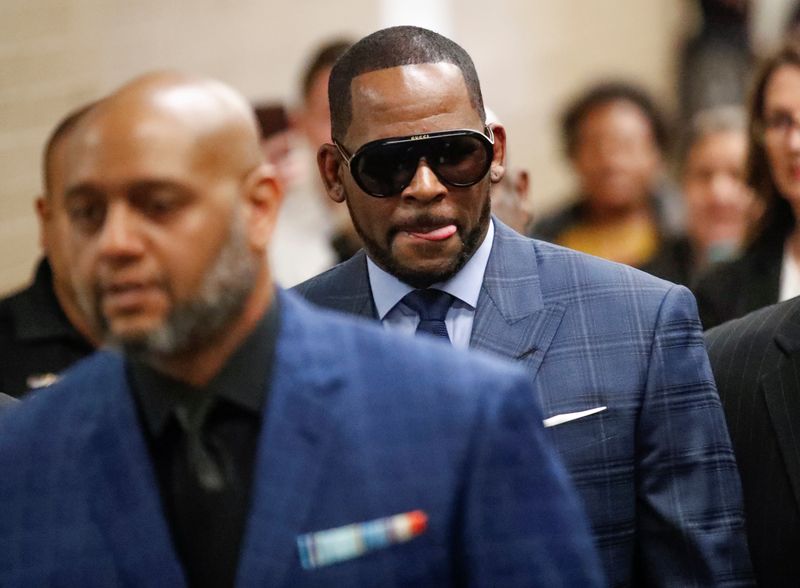