(Reuters) – Planned Parenthood and other abortion rights groups are expanding a network of staff to guide patients through what is expected to become an increasingly complex and expensive process to obtain abortions across much of the United States.

A sharp increase in patients needing such support is likely should the U.S. Supreme Court strike down the federal right to an abortion, said abortion providers and funds that help cover abortion-related costs. Twenty-six states could move to quickly ban abortion, requiring women in those places to travel potentially hundreds of miles to the closest abortion clinic.

“It’s really a big spider web that’s being built throughout the country,” said Angela Huntington in Missouri. She was hired in September as the first patient navigator at the Planned Parenthood Great Plains affiliate, which operates clinics in Arkansas, Missouri, Oklahoma and Kansas.

Clinics and funds in places that already limit abortion access have relied often on an informal system of coordination to help patients find the nearest and soonest appointment and cobble together financial aid.

Huntington said the Great Plains affiliate saw the need for a formalized network after Texas enacted a law in September that banned abortion after six weeks of pregnancy, resulting in more women traveling from Texas to other states for abortions.

Approximately 850 patients sought financial assistance for abortions through the affiliate in September, up from about 150 women in August, she said. The Great Plains organization has now expanded its patient navigation team to seven people, Huntington said.

Other Planned Parenthood affiliates have hired or are planning to hire more patient navigators to help with referrals and funding coordination, according to spokesperson Lauren Kokum.

Those include the South Atlantic affiliate, which currently has one navigator across Virginia, West Virginia, North Carolina and South Carolina, and the Florida affiliates, which have hired three.

Abortion funds, which have long played a role in helping patients with medical costs and practical support such as booking hotels, also are scrambling to prepare for the expected spike in women traveling for abortions.

The National Abortion Federation (NAF), an organization that represents U.S. abortion providers and offers financial assistance to patients, doubled the size of its case management team two years ago amid a wave of new state restrictions that complicated patients’ access to abortion.

As of May, NAF was spending about 80% of its donation-based travel assistance fund on helping patients leave Texas to get abortions because of that state’s six-week ban, according to Rachel Lachenauer, the director of patient experience.

With the threat of more state abortion bans that would affect women far beyond Texas, the organization is “in hyperdrive” as it assesses how it can most effectively distribute its travel resources, Lachenauer said.

“You can see how we are really, really quickly going to hit our capacity,” she said.

NAF is planning to concentrate the efforts of its 20 case managers on states such as Illinois, which protect abortion rights and will see an increase in patients from surrounding states with more restrictive laws, she said.

The Chicago Abortion Fund, similarly bracing for a wave of abortion seekers coming to Illinois, plans to expand its team of support coordinators to six from two by the end of June, said Megan Jeyifo, the fund’s director.

The coordinators oversee the organization’s volunteer case managers and handle patient support such as providing gas and food money for traveling patients, she said.

The fund also is building relationships with new abortion providers opening clinics in Illinois to accommodate the heavier patient load.

“We’re going to need all of us in this kind of ecosystem to be able to make sure people get the care they want,” Jeyifo said. 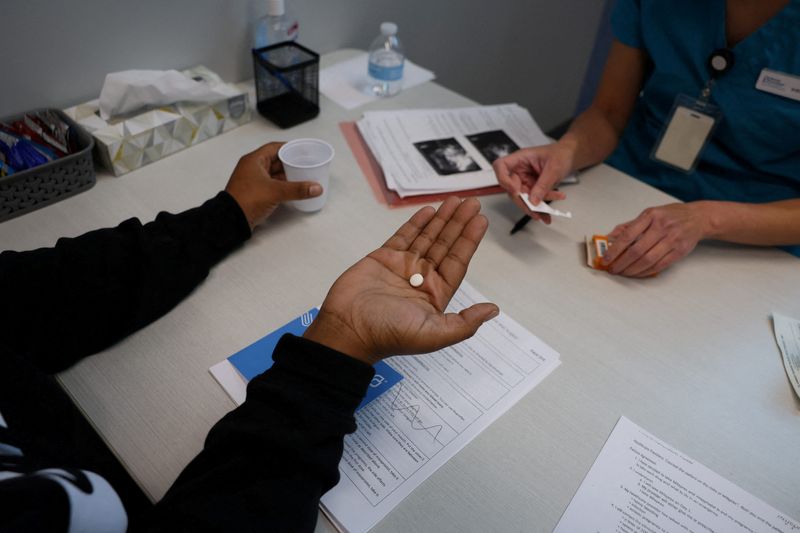