TOKYO (Reuters) – Toyota Motor Corp heads into its annual general meeting on Wednesday under fire from New York City and Danish pension funds over its commitment to battery vehicles and lobbying on climate policy.

Once a darling of environmentalists for the hybrid Prius model it popularised more than two decades ago, the Japanese automaker has more recently drawn criticism from green investors who say it has been slow to embrace battery vehicles.

They also say its lobbying activities work to undermine the transition to battery electric vehicles. Energy and climate think-tank InfluenceMap has rated it the worst among major automakers for its lobbying record on climate policy, which includes public statements and interaction with governments.

“We are extremely concerned that Toyota’s lobbying activities are misaligned with its climate goals and its electric vehicle strategy,” New York City Comptroller Brad Lander said in a statement ahead of the shareholder meeting.

Lander oversees a pension system with $253 billion in assets under management, including around $140 million worth of Toyota shares.

“Toyota’s approach puts it at a competitive disadvantage compared to its peers, which have shown a far greater commitment to transitioning to battery electric vehicles,” he said.

Toyota last year committed 8 trillion yen ($60 billion) to electrify its cars by 2030, with half of that slated to develop battery electric vehicles. Still, it expects annual sales of such cars to reach only 3.5 million vehicles by the end of the decade, or around a third of current sales.

It says hybrids make sense in markets where infrastructure isn’t ready to support a faster move to battery vehicles.

In a statement, Toyota said national governments and policies play a crucial role in realising carbon neutrality by 2050 and promoting electrified vehicles (EVs) globally, and that it was committed to ensuring national policies, societal needs, technological advances, and customer needs all pointed in the same direction to the greatest extent possible.

“Toyota says that there’s going to be a need for a range of technologies into the future and their lobbying is directly trying to create a world where this is the case,” said Ben Youriev of InfluenceMap, the think tank.

Toyota last year declined to join a pledge signed by six major carmakers, including General Motors Co and Ford Motor Co, to phase out fossil fuel cars by 2040, saying not all parts of the world would be ready to transition by then.

It drew scrutiny in 2019 when it sided with then U.S. President Donald Trump’s efforts to bar California from setting its own fuel efficiency rules. It later dropped that support.

Some 100,000 people have signed an online petition against Toyota’s lobbying.

Danish pension fund AkademikerPension has submitted questions for the shareholder meeting asking Toyota to refrain from public statements and government lobbying that would undermine the shift toward full electrification.

“What we fear is that Toyota is getting left behind with their current EV targets that are not as ambitious as most of their competitors and that their lobbying activities are also a growing source of risk,” Anders Schelde, the fund’s chief investment officer, told Reuters.

AkademikerPension has $19.3 billion in assets under management and has been selling down its stake in Toyota. It holds 17 million Danish crowns ($2.4 million) worth of shares, down around 85% from a year earlier. 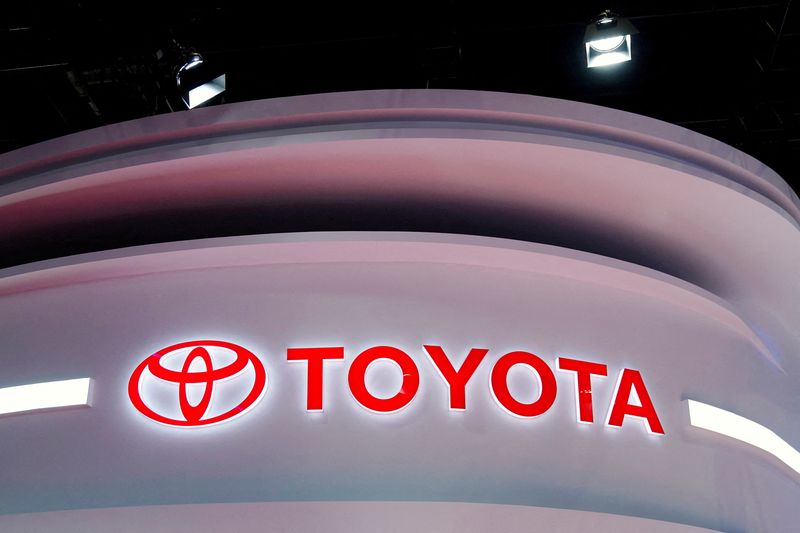