By David Lawder and Tyler Clifford

The United States is discussing with European and Asian allies a way to impose a cap on prices paid for Russian crude to limit its benefit from higher crude prices, Adeyemo said.

But he declined to provide details on the status of those talks, saying that such information would be reserved for a classified briefing for senators.

“So the goal is to make sure that you reduce the price that they are able to gain from selling their crude going forward,” Adeyemo said, adding that otherwise, Russia is benefiting directly from the higher prices caused by its own aggression in Ukraine.

The United States has already banned Russian energy imports but the European Union, heavily dependent on Russia, is working to phase in a boycott starting at the end of 2022.

Asked why Washington has not imposed a full trade embargo on Russia, Adeyemo said such a move would only have “a marginal impact on Russia’s economy at best,” given the limited amount of trade between the two countries.

Adeyemo gave no indication of a broader move toward secondary sanctions on countries and companies that are continuing to do business with Russia. But he said there were some actions being taken against individual firms, including those servicing yachts for Russian oligarchs under sanctions.

The Treasury was working to spread a greater understanding of the consequences of violating sanctions among non-financial firms. Financial institutions have a lot of experience complying with sanctions and understand their scope, but firms in other services and real estate do not, he said.

Adeyemo also said he wanted to work with Congress to acquire more regulatory authority over cryptocurrency markets and exchanges to ensure that digital assets are not used to evade sanctions.

“I have my doubts that it’ll ever be a mainstream currency but I do think that it’s going to be used by all kinds of actors, including some people who want to illicitly move money,” Adeyemo said of cryptocurrency. 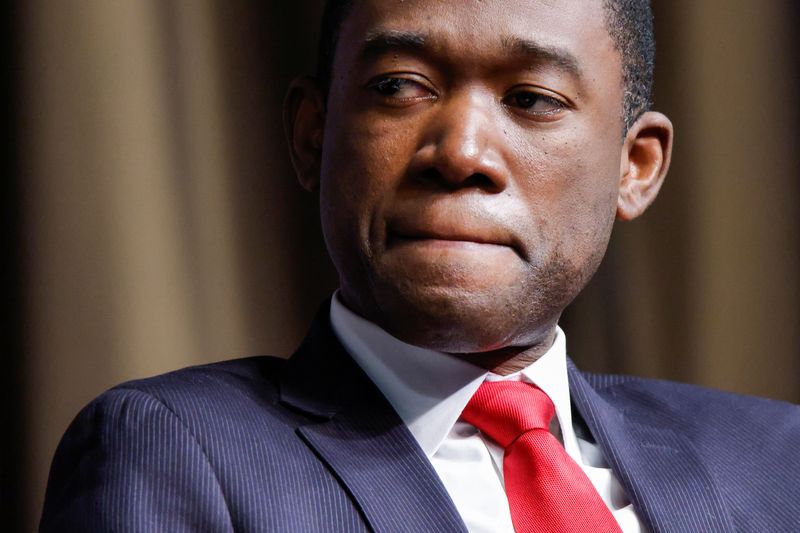