By Ellen Zhang and Ryan Woo

BEIJING -China’s state planner said on Thursday it had approved 10 fixed-asset investments worth 121 billion yuan ($18.1 billion) in May, a more than six-fold jump from April, as policymakers seek to get economic growth back on track after a COVID-induced slump.

Data on Wednesday suggested activity in the world’s second-largest economy is beginning to pick up again in some sectors after widespread COVID-19 lockdowns in April and early May, but the outlook remains uncertain, particularly for cities like Beijing which are still trying to bring caseloads down to zero.

Most private economists believe China’s economy contracted in April-June after growing 4.8% in the first three months. The government has vowed to achieve positive growth in the second quarter.

“We will ensure reasonable economic growth in the second quarter to provide a firm foundation and conditions for the economy in the second half of the year,” Meng Wei, spokeswoman at the National Development and Reform Commission (NDRC), said at a news conference on Thursday.

From January to May, the NDRC approved a total of 48 fixed-asset investment projects worth a total of 654.2 billion yuan, more than 80% of the 775.4 billion yuan of projects in infrastructure, power, mining, water and manufacturing approved for the whole of 2021.

With the spread of the highly transmissible Omicron variant in China this year, stringent curbs have been imposed in many cities, such as Shanghai and Beijing, including varying degrees of lockdowns, disrupting local economies.

The Chinese capital Beijing, wrestling with its most serious outbreak since late April, has seen its economy cool sharply, even underperforming the national economy.

In January-May, the city’s industrial output fell 12.5% from a year earlier, data from the local statistics bureau showed on Thursday, worse than China’s overall 3.3% growth during that period.

With dining-out and some entertainment services suspended in May, Beijing’s retail sales in the first five months shrank 7.7%, versus the 1.5% drop nationwide. The city’s catering revenue declined 13.0%.

In May alone, retail sales dived 25.73% on year while property sales by floor area dropped 23.1%, according to Reuters calculations based on the official data.

The NDRC also will give local governments more leeway in the use of funds they raise through special bonds, Meng said.

China will include high-tech infrastructure projects, or the “new infrastructure” in the scope of use of funds raised by the local government special bonds for the first time, she said.

China will step up support for private investment, selecting a batch of major infrastructure projects to attract private investors, the cabinet said.

“Private investment is of great significance when trying to maintain a steady growth rate in overall investment,” Meng said.

Starting from this year, the growth rate of private investment has slowed due to complex and volatile international factors as well as domestic COVID outbreaks, Meng said.

From January to May, private investment increased by 4.1%, accounting for 56.9% of overall investment, Meng said, slowing from 5.3% in the first four months.

The NDRC will strengthen financing support for private investment, she said. 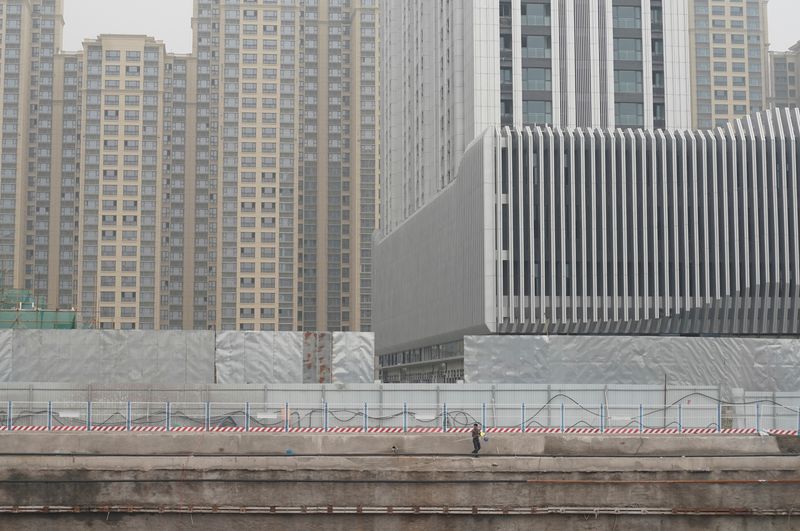