BOSTON -A wealthy father on Thursday was acquitted of charges that he bribed a Georgetown University tennis coach to secure a spot for his daughter at the elite school in the final case linked to the U.S. college admissions scandal to go to trial.

Amin Khoury, a son of the co-founder of aircraft interior maker B/E Aerospace, was found not guilty of conspiracy and mail fraud charges in a case that spilled out of the “Operation Varsity Blues” investigation.

Defense lawyer Roy Black said he was “thrilled” by the verdict. He had argued at trial that Khoury’s daughter got into Georgetown on her own merit and that the government’s star witness could not be believed.

The case was the first to end in an acquittal at trial of the dozens of cases to result from an investigation that exposed how parents went to extremes to secure spots for their children at schools like Stanford, Yale and the University of Southern California.

Fifty-four people have pleaded guilty or been convicted at trial, including actors Lori Loughlin and Felicity Huffman. Prosecutors say the parents sought illegal advantages in the college admissions system for their children.

U.S. Attorney Rachael Rollins, the top federal prosecutor in Boston, in a statement called the verdict disappointing, but stressed that the other successful prosecutions had prompted “enormous and systemic changes in the college admissions process.”

Khoury, 56, was not accused like other parents of working with William “Rick” Singer, the college admissions consultant who admitted to masterminding a scheme to help clients’ children secure seats at elite universities through cheating and bribery.

But prosecutors said Khoury agreed to pay $200,000 to Georgetown tennis coach Gordon Ernst, who in October pleaded guilty to accepting more than $3 million to help children of Singer’s clients get into Washington, D.C.-based Georgetown as fake athletic recruits.

Prosecutors said Khoury in 2015 while at his Cape Cod home handed a brown paper bag containing much of the agreed upon money, $180,000, to a middleman, Timothy Donovan, to give to Ernst for help getting his daughter admitted as a recruit.

Donovan, who ran a tennis consulting business for high school students, testified about those events as a government witness after receiving immunity from prosecution.

But Black at trial contended that Donovan “made up” the story to avoid being charged for tax crimes he committed and that the money was a gift to Ernst, a “lifelong friend” who played tennis with Khoury in college at Brown University and was financially struggling.

Khoury’s father is Amin J. Khoury, a founder and former chief executive of B/E Aerospace, which merged with Rockwell Collins Inc in 2017. 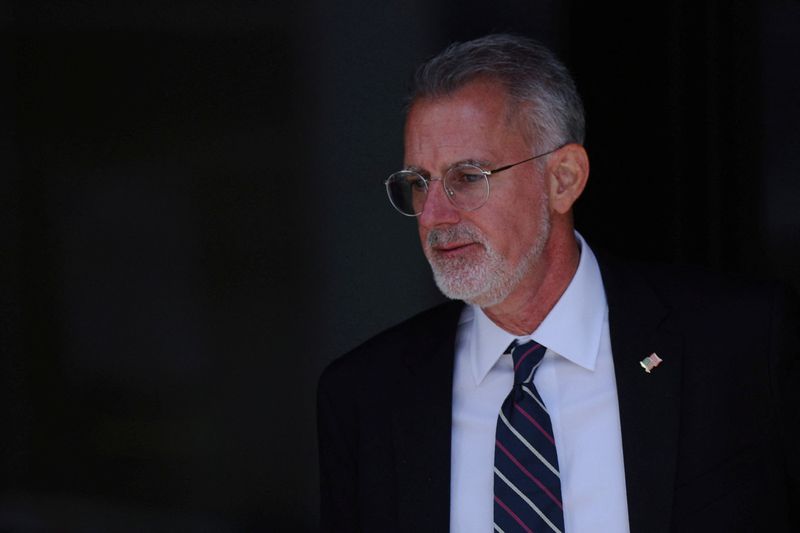