TOKYO -Japanese Finance Minister Shunichi Suzuki said on Tuesday he was concerned about recent sharp yen weakening and would appropriately respond to exchange market moves if necessary, repeating a warning as the yen hovered near a 24-year low versus the dollar.

“The government will closely liaise with the Bank of Japan while watching the exchange market and its impact on the economy and prices with even greater sense of urgency,” Suzuki said.

“We will respond appropriately if necessary while keeping close communication with currency authorities from other countries.”

In so doing, Japan would follow an agreed view of Group of Seven advanced nations that excess volatility and disorderly moves can hurt economic and financial stability, Suzuki said.

As he has previously in recent weeks, he expressed discomfort about the currency’s fast slide. “I’m concerned about the rapid yen weakening seen recently,” Suzuki told reporters.

On Monday, BOJ Governor Haruhiko Kuroda met with Prime Minister Fumio Kishida to discuss the global economy and financial markets. During the meeting, the governor said recent rapid yen moves had been undesirable.

Kuroda said he exchanged views with the prime minister on the global economy and financial markets at the routine meeting.

The BOJ maintained ultra-low interest rates on Friday and vowed to defend its cap on bond yields with unlimited buying, bucking a global wave of monetary tightening as it focused on supporting a tepid economic recovery. 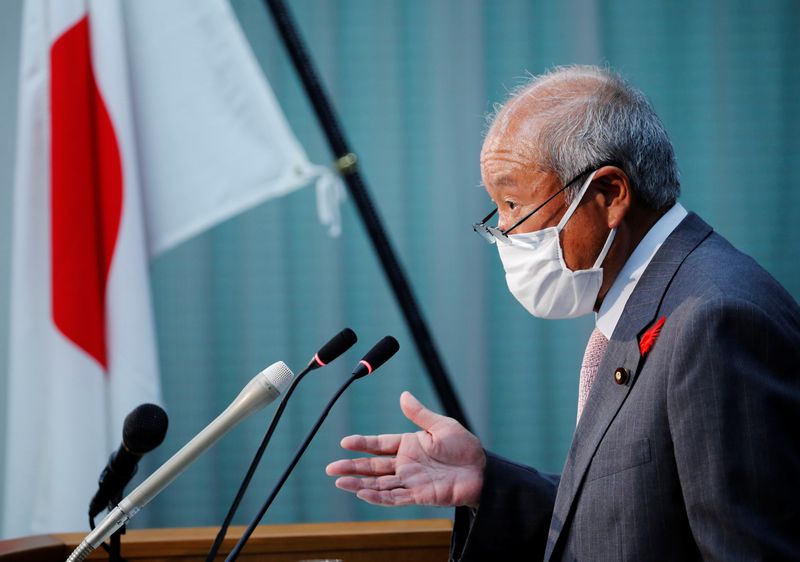